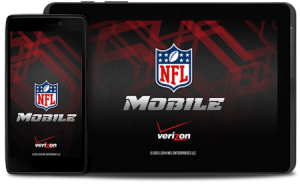 All games will be available on phones in the NFL Mobile from Verizon application.  NFL Mobile is available at NFL.com/mobile for Windows, iOS and Android phones, and live game access is included for all Verizon Wireless customers. Along with live streams, NFL Mobile also offers up-to-the-minute scores, stats, highlights, and access to NFL Now for all fans.

On other devices, each network will distribute live streams of its respective games through its sites and applications.

CBS Sports will stream all of its AFC Playoff game coverage along with the exclusive broadcast of Super Bowl 50 on Sunday, February 7.  PC and tablet access will be available at CBSSports.com, and fans can also tune into CBS Sports on Xbox One, Apple TV, Roku players and Roku TV models, and Chromecast, as well as Windows 10, iPad and Android tablets. In addition, all CBS postseason games will be available via the NFL on Xbox One experience.  CBS AFC Playoff games include this Saturday’s Pittsburgh at Cincinnati Wild Card game (8:15 PM ET), both AFC Divisional Playoff games (Saturday, January 16 at 4:35 PM ET and Sunday, January 17 at 4:40 PM ET), and the AFC Championship game (Sunday, January 24 at 3:05 PM ET).

This Saturday’s ESPN and ABC simulcast of the Kansas City at Houston Wild Card game (4:35 PM ET) as well as ESPN’s telecast of the 2016 Pro Bowl presented by USAA (Sunday, January 31 at 7:00 PM ET) will be available digitally via WatchESPN across platforms.

Many of the NFL postseason games will also be available in Spanish on TV and digital platforms.

For international fans, all postseason games will be available live through NFL Game Pass, a subscription product that streams games in HD quality, both live and on demand. (Fans in the U.S. can watch all postseason games on-demand on Game Pass.) Visit NFL.com/GamePass to download Game Pass and for information about availability in specific markets. Super Bowl 50 will also broadcast in 230 countries and territories worldwide.

Radio broadcasts of every postseason NFL game will be available to fans on terrestrial, satellite and digital platforms. On terrestrial, the Westwood One postseason broadcasts can be heard on nearly 500 radio stations across the country. On satellite, SiriusXM will carry the following radio broadcasts for all postseason games: Westwood One feed (SiriusXM NFL Radio – Sirius 88 / XM 88), Home Team radio broadcast (Sirius 82 / XM 225), and Visiting Team radio broadcast (Sirius 83 / XM 226). These games will also be available on the SiriusXM App for SiriusXM satellite subscribers who also receive SiriusXM Internet Radio.  Subscribers may also access news and analysis on SiriusXM’s 24/7 NFL channel, SiriusXM NFL Radio (Sirius 88 / XM 88).

On digital, TuneIn Premium subscribers can listen to the home and visiting team broadcasts as well as the Westwood One national feed of every postseason game at TuneIn.com and via the TuneIn apps. Fans can also catch news and analysis on TuneIn’s 24/7 NFL channel, NFL on TuneIn, which is free to all users. Game audio will also be available digitally to NFL Game Pass subscribers.