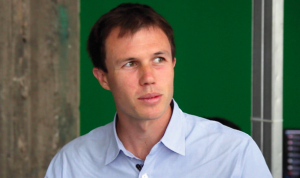 Finocchio, who served in a senior advisory role for Bleacher Report over the last year, will continue to be based in San Francisco and will report to Matt Hong, Executive Vice President and General Manager, Turner Sports.

“Dave is the original visionary behind the creation of Bleacher Report and has played the most influential role in growing it into the leading media property it is today,” said Hong.  “There is nobody better to lead Bleacher Report into its next chapter of growth and extend the brand into new adjacencies. We’re privileged and honored to have him return to Turner in a full-time capacity, and we’re also excited to leverage his expertise across additional parts of our company’s portfolio. As Turner continues to extend its reach outside of traditional TV, his perspective, experience and input will be invaluable.”

As one of its original founders, Finocchio launched Bleacher Report in 2008 and he has played a key role in leading a period of rapid expansion for the business.  Today, Bleacher Report sees more engagement across Twitter, Facebook and Instagram than any other publisher in the U.S.  The company has also established a strong footprint in mobile. In 2015, Bleacher Report’s top-rated Team Stream app averaged 230 minutes of consumption per unique each month, #1 among all sports apps reaching Men 18-34.

Finocchio will continue to partner closely with Brown in setting the strategic direction of the rising brand. Brown, who joined Bleacher Report in 2008 and most recently held the position of Chief Content Officer, will oversee all of Bleacher Report’s operations.  Based in New York, he will report directly to Finocchio.

“Rory is incredibly well respected by his colleagues and is one of the most creative and innovative thinkers in the digital media industry,” said Finocchio. “It’s rare to find someone who is so strong both strategically and operationally, and we expect him to accomplish great things in his new role.”

As part of Finocchio’s return to Bleacher Report, Turner has acquired the assets of Binge Media, the start-up company he established in 2015.