The Winter X Games have always been about much more than just the action on the mountain. From live concerts to themed festival villages, ESPN aims to make X Games as much a cultural event as a sports event. Those two worlds collided over the weekend in Aspen with the Halo World Championship Tour: X Games Aspen Invitational 2016, the highest-profile eSports competition ever to be held at X Games and the first to have segments and highlights in ESPN’s X Games linear telecast. 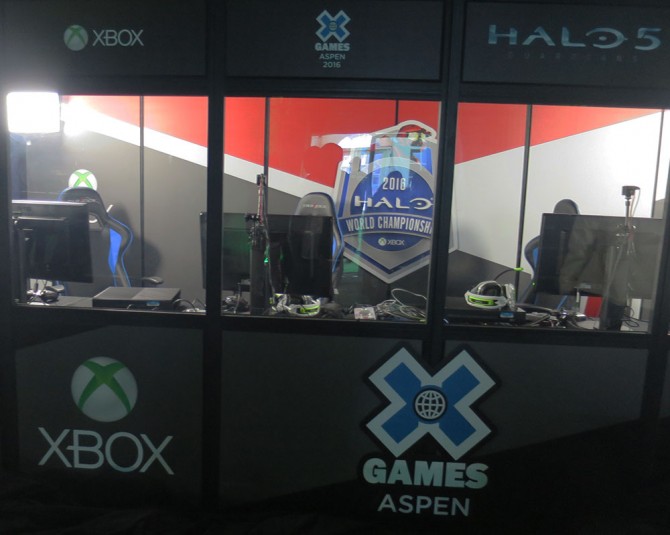 The player booths inside the Gaming Shack at Winter X

In addition to multiple recap segments within the TV coverage, the entire event, produced by Major League Gaming (MLG), was streamed live on WatchESPN, Twitch.tv/Halo, and MLG.tv/Halo.

“Things have grown up considerably since LAN parties and small-time streaming,” Ayzenberg Group producer Matt West, who oversaw the production, said prior to the Invitational. “They’ve got just as much of a [production complement], if not more than a good-size local-level sporting event in terms of cameras, equipment, and bodies. It’s the exact same philosophy that drives covering a basketball or football game or soccer match; it’s just in a condensed space. The difference is, where you’ve got a ton of cameras on a court or on a field, many of our camera sources come from in-game themselves.”

The three-day Halo 5: Guardians event was a single-elimination bracket-style tournament held at The Gaming Shack at Buttermilk Mountain and featured eight of the top teams from around the world (six from North America and two international) competing for $30,000 in prize money (the competition did not contribute Halo World Championship points, however). 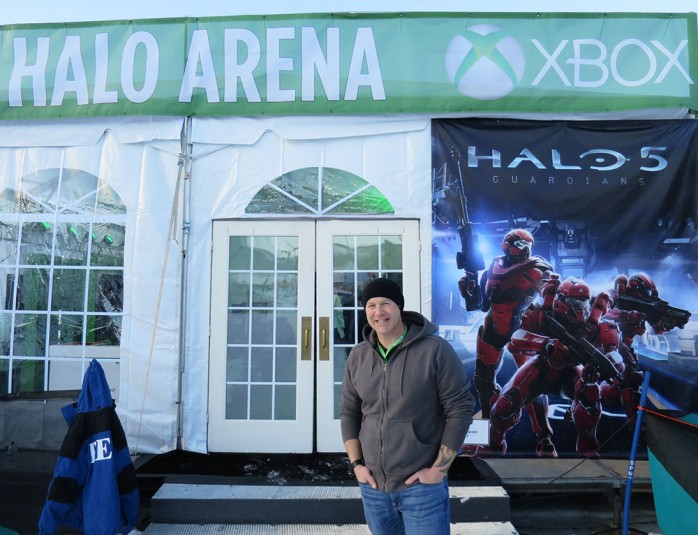 “We have had eGames at X Games in the past,” said ESPN Senior Managing Producer Esther VanHuystee. “We’ve done small promotional pieces for it, but we’ve never covered the actual competition during our [telecast]. We believe we are hitting a specific audience. The people that want to watch it live are just going to watch the live stream and have the results, but this is really to expose our [established] audience to a new, different thing in the X Games.”

Inside the Gaming Shack

The Gaming Shack featured eight separate booths for each player competing in the first-person-shooter four-on-four tournament, as well as a consumer-facing Xbox Halo 5 experience just outside the competition area. MLG captured all eight gameplay feeds and eight POV face cameras from each player and combined them to show the player’s face and game simultaneously. The casters (gaming announcers) conducted the actual in-game camera switching via a touchpad by swapping to player gameplay feeds based on observation of all eight games at once. 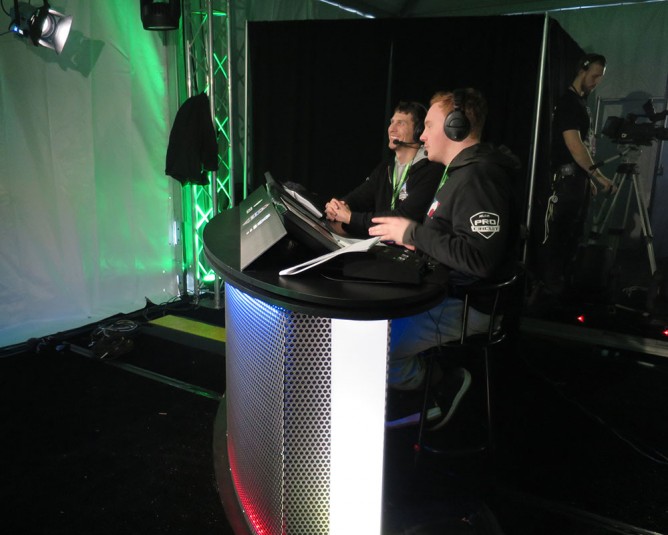 “Primarily, with the gameplay, it’s casters that are doing switching, so the casters have a very different role here than [traditional announcers in the booth],” said West. “The casters are looking at everything that’s coming in so they can see where plays are developing, narrate right along with it, and they’re able to determine what gets into the feed.”

MLG produced the live stream from a dedicated control room inside the Gaming Shack, built around a NewTek TriCaster (as the primary switcher) and featuring a 72×72 Blackmagic Design router, two 16×16 Blackmagic Design subrouters, 1M/E and 2M/E Blackmagic Design ATEM switchers handling preswitching for game feeds, Characterworks software for live on-air graphics, and an audio console with a dedicated A1 to mix audio feeds from the eight booths, game feeds, and, most important, the casters.

“The reality is,” said West, “when you’re watching eSports, it’s less about the gameplay audio to the audience and more about the caster telling you that story.” 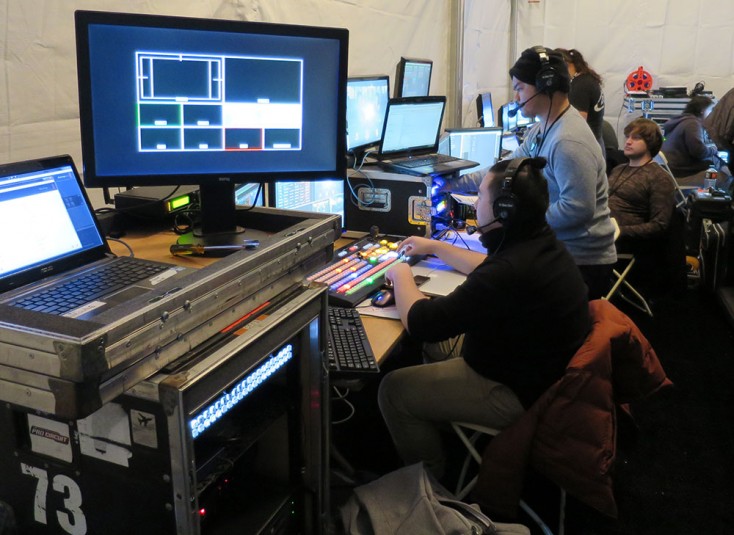 In terms of total cameras, MLG deployed 10 POVs for face cams, two handhelds to capture the ambiance and crowds inside the Gaming Shack, and a stationary camera covering the caster desk in the Gaming Shack, where casters offered up studio-style analysis during breaks in gameplay.

“Every producer and tournament operator has a different approach to how they [produce the show],” he continued, “but it follows the same basic fundamentals of good sports television: follow the action, find the best action on the field, highlight that, and get to it immediately. Then there’s supplementing cameras that show perspective, the audience, and where we are. But the majority of the production and action is focused on the gameplay itself.”

In addition to producing the live stream, MLG delivered its full line-cut and a clean feed without graphics, caster voiceover, or music to ESPN, which transferred it to ESPN’s Bristol, CT, headquarters via its EVS portal. Each evening after the competition concluded, an ESPN eGames expert producer and editor in Bristol produced a seven-minute segment for the following day’s ESPN linear telecast.

“Our production folks will work with [MLG] on what was the big news that day, what were the big events, and what absolutely has to be in there,” said VanHuystee. “We’re not going to try and guess about strategy or which team was better. We do have some great gaming experts editing in Bristol, but we just want to start with saying, How would you guys tell the best story?”

“Our goal is to treat it as much like SuperPipe or skier X or anything else that’s happening on the hill as possible,” said VanHuystee. “We want it to have that same sort of live feel, not a montage-ish edited, but make it clear that this is really a competition; a down-and-yards–style piece on who got through and who didn’t. Then we’ll also include in the final segment the normal gold-medal ceremony like all the other athletes.”