A New Era for NHRA, Part 2: Building a High-Speed Production Operation From Scratch

As the new television deal between the National Hot Rod Association and Fox Sports kicked off in Pomona, CA over the weekend, NHRA officially brought its live-production operations in-house. However, the live telecasts aren’t the only element being revamped at the organization, which is building a fully staffed production facility in Glendora, CA, and a news bureau in Indianapolis (home to nearly all NHRA team operations). The goal is to transform NHRA from a niche sport largely shown in tape delay on cable into a live, multiplatform property that appeals to both hardcore and mass audiences.

“Besides the total hours and live social-media exposure [the Fox Sports TV deal provides], we are looking to present the stories of the sport, as well as the people and technology behind it, because it’s amazing what goes into three or four seconds at over 300 mph,” says Ken Adelson, VP, broadcasting and digital content/executive producer, NHRA. “In order to do that, we are creating a full studio and production operation in Glendora that will serve social media, digital outlets, and additional long-term programming, whether it’s magazine shows or online programs.” 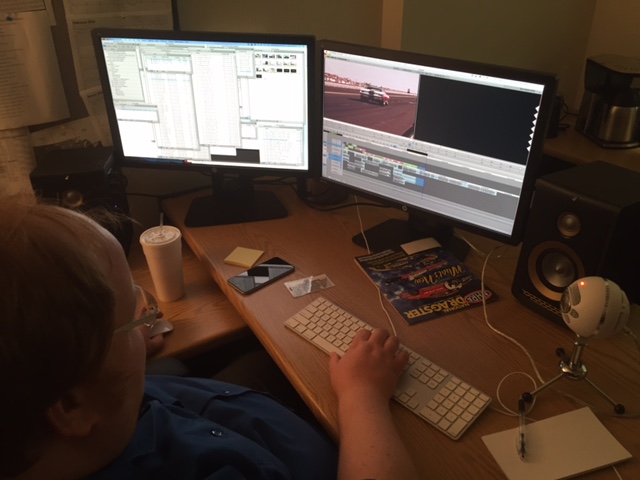 Although NHRA’s Glendora, CA, production facility has a long way to go, the operation is up and running.

Although he stresses that this process is more a marathon than a sprint, operations are already under way, with near-future plans for a live studio, media-asset management and storage infrastructure, and connectivity between Glendora and NHRA tracks all over the country via fiber network.

“It’s a pretty massive undertaking when you consider where we were just a few months ago,” says NHRA Technology Executive Mike Rokosa, who joined the organization in December. “We have a very long way to go, but, between Ken, myself, and [Director of Production/Lead Producer] Pete Skorich, I’ve never worked with a group like this that is so in sync. We’re all very proud of what I think we can accomplish here.”

Glendora Facility Off and Running

According to Adelson, who began working as a consultant to NHRA in early 2015 and joined the organization fulltime in the fall, the initial focus for the Glendora operation has been building the remote-production operation to support the Fox Sports TV package.

“It is an amazing greenfield opportunity to build a complete production facility that can serve as a content factory to support the [television] productions with all the feature production, as well as work for social media, digital, for the [in-venue] big screens,” he says. “And the opportunity to work with great people at a sport that has a tremendous product and be able to develop a media operation from scratch and use all the up-and-coming media outlets to enable the sport to reach these new heights is just something that was irresistible to me.” 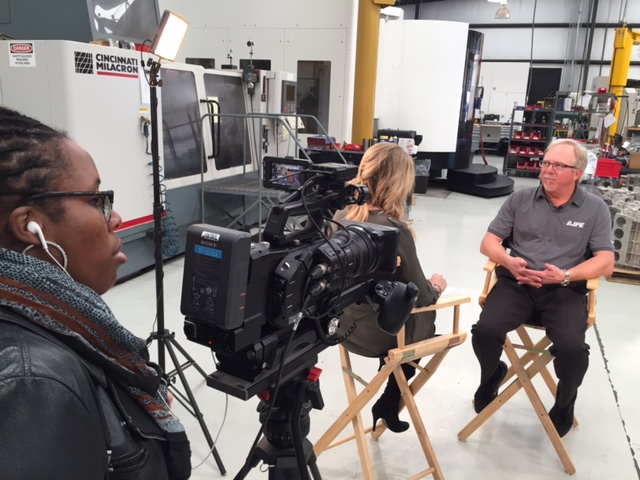 The Glendora facility will house a midsize studio that is “as technically advanced as possible,” says Adelson. It’s expected to be completed around the midseason point this summer.

In addition, the NHRA production center will be complete with a CatDV media-asset–management system and Avid ISIS shared-storage network. NHRA is currently building its office location into a full-blown production facility with proper infrastructure and generator power to facilitate these systems.

“It’s just the beginning,” says Adelson. “Hopefully, the system will enable us to share assets and start to digitize and grow from there. NHRA has an incredible library of tapes of every flavor and from every generation that are sitting in a room just waiting to be utilized. So we’re going to build an asset-management system that we can use for current production and be able to coordinate our bureaus and coordinate our onsite productions with the editing folks back here and then be able to take advantage of those assets.”

With nearly all NHRA team headquarters located in Indianapolis, Adelson and company are also building out a news-bureau operation led by longtime ESPN NHRA reporter John Kernan. The Indy and Glendora facilities are connected via fiber to enable both locations to share content via file transfer.

“We have people out in Indy every day shooting features, covering drivers and crew chiefs, and going to their homes and offices and shops,” says Adelson. “They are creating all these stories that we’ll be able to tell during the show and also distribute digitally. That was the goal.”

United Via Fiber
NHRA is also looking to improve connectivity between Glendora, Indy, and the various tracks around the country to enhance both the television production and in-venue videoboard show onsite.

“We’re just starting to build [connectivity] to the tracks,” says Adelson. “Some of them do have the [necessary] infrastructure, but a lot of them don’t, so it’s just a step at a time. The plan is to put a fiber ring throughout all the tracks, which will connect back to Glendora for media editing, publicity material, and to send footage back and forth, which is a must in today’s world. That is the master plan, but it’s very much a long-term effort. Nonetheless, we are going to come out of the gate strong in the first show and excited about what’s coming down the road.”