Visitors to the Sony booth at NAB will have a chance to take a look at not only a new camera, the HDC-4800, that offers 4K recording at up to 480 frames per second in 4K or 960 frames per second at HD resolution and, coupled with the BPU-4800 baseband processor unit/replay server, creates a fully networked, 4K live ultra high-speed production workflow.

Anticipated to be available in the camera can be connected via fiber to the BPU-4800 which offers up to four hours of recording and replay control. In addition, the BPU-4800 offers “Share Play” so that an operator using a Sony PWS-4500 multi-port 4K/HD live server can access the image data on the BPU-4800 through a dedicated IP network.

John Studdert, Sony Broadcast, VP of U.S. sales and marketing, adds that the system, which also allows for the operator to zoom in and extract an HD cut out from the 4K image, will create new opportunities for sports content creation.

“The HDC-4300 is still the workhorse for high-frame rate as it can go out to six times in HD so the 4800 is a nice complement,” he says. In addition, camera shaders won’t have to work any differently when working with either of the cameras.

“It opens up new ways to capture events that only our customers can imagine,” he says.

Rob Willox, Sony Electronics, marketing manager for content creation, says the camera can also work with Sony’s current HDC camera and accessories family so that it has a familiar operational feel right out of the box. 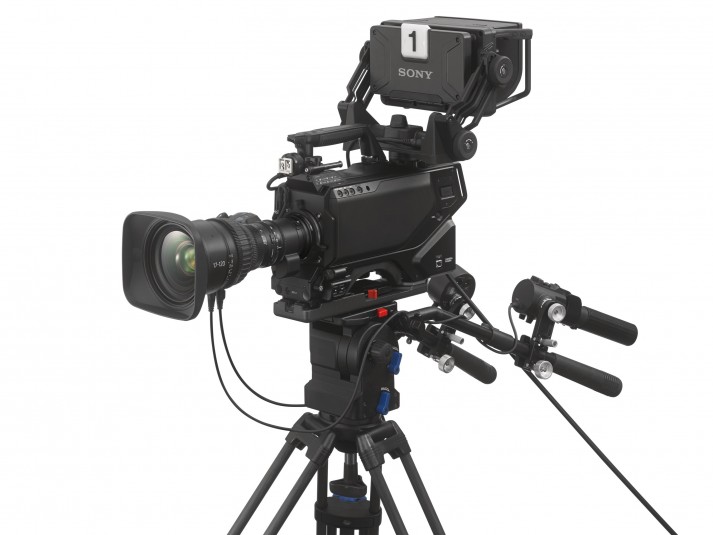 “This is the future of live production, designed to satisfy the storytelling aspect of modern sports production,” he adds.

The BPU-4800 replay server, meanwhile, can record up to four hours of continuous 4K capture at 8-times regular record speed without transmitting image data from the camera to a live server. With the integrated server on the BPU-4800, a replay operator can handle long record times and instant replay, with no need for an additional High Frame Rate data transfer operation. Connected with a dedicated IP network, the BPU-4800 and PWS-4500 servers can offer “Share Play” operation enabling any replay operator to access content from and send content to multiple servers, to create stunning highlight edits.

“The XVS switcher line can handle any kind of input and it also has an IP-enabled control panel that can be split into multiple configurations,” says Studdert. “And the XVS-8000 can handle five MEs so it is not a restriction to doing 4K production and there is no compromise whatsoever as it should be able to handle the most complex productions. And the good thing is you can start out operating it in baseband and then go to IP later by switching the boards. So the flexibility is there.”

Sony also announced that Globo TV in Brazil has taken delivery of the industry’s first all IP 4K truck. Raymundo Barros, Globo TV, CTO, says that the truck can handle up to 20 hardwired cameras and after extensive testing there was not one single point of failure.

“It’s cost effective and provides an infrastructure for new formats,” he explains. “The Olympics will be the truck’s first deployment and that there are no limits to what we can do with 4K and IP.”

Other Sony announcements include: 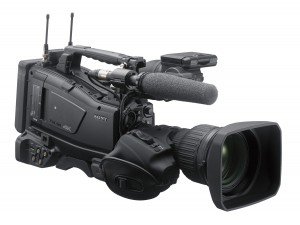 With high zoom ratio and depth of field, the PXW-Z450 supports pool feed functions (HD/SD-SDI), allowing broadcasters to record an external signal on an SxS card from another camera on-site without a portable deck.

The PXW-Z450 inherits many features from Sony’s PXW-X400. This includes the “ONLINE button” which lets users transmit proxy clips or stream AV signals to other equipment connected on the network.

For current PXW-X400 users, Sony will also introduce a 4K upgrade kit (CBK-Z450UK), which will offer users the same functionalities of the PXW-Z450. The camcorder is scheduled to be available by the end of 2016 and the upgrade kit in 2017.

Hive’s unique architecture enables complex broadcast systems to be designed for the first time around a broadcaster’s current level of performance, while including scope for seamless future growth. Resource expansions, including storage, capacity, bandwidth and processing, can be added or subtracted at any time while the system is live. This means no investing in unnecessary assets and no down time.

“Media Backbone Hive is a technology enabler for the broadcast industry. It uses internet technologies, like Hyper Convergent Nodes, to deliver efficient operations and the opportunity for a significant reduction in the total cost of ownership,” says Ali Etezadi-Amoli, Director of Product Marketing, Sony Electronics. “It is also built with the future in mind.  While our first releases are focused on news and sports applications, the core Hive platform already supports the integration of new toolsets and the development of new applications.”

The new PVM-X550 is equipped with the same signal-processing engine as the BVM-X300, providing a 12-bit output signal for picture accuracy and consistency. It also supports industry standard color spaces including the wider ITU-R BT.2020 for Ultra High Definition. These all work in tandem with Sony’s TRIMASTER EL technology. 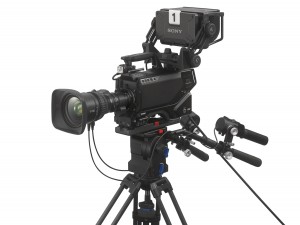