Former Olympic figure skater Johnny Weir has become known for embracing the extraordinary fashion trends that come with the Kentucky Derby. Last year, his hat “Pegasus” prompted massive amounts of social engagement across all platforms; reaction to this year’s as-yet-unveiled piece — which he teased earlier this week as “a subtle nod to a regal My Little Pony” — will most likely follow suit.

Following last year’s race, NBC Sports looked for a way to get in on the action, and traction, in a unique way and, this year, has certainly found one.

In a strategy to unite the worlds of linear television and social media, Weir will wear a tweet-powered, horse-shaped brooch on his lapel during NBC’s Derby coverage this Saturday. Pushing the hashtag #WatchMeNeighNeigh, NBC will encourage social activity surrounding Weir’s wardrobe and the event as a whole. The more viewers use the hashtag, the faster the horse will gallop and illuminate. 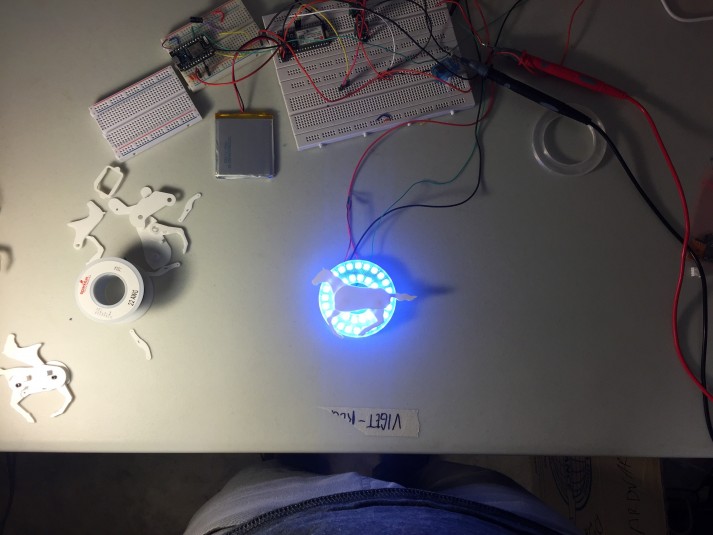 “Originally, the social-media team at NBC [and I] had the idea of incorporating some kind of aspect into my hat, but, of course, since the last Kentucky Derby, I’ve been planning on what my hat would be this year,” says Weir. “But I still wanted to have an aspect of my look that would be interactive for our audience, and a brooch seemed the next logical choice. It was definitely a labor of love between myself and the whole NBC team to create this thing and make sure it happened.”

The brooch was engineered and designed by a company called Viget, a full-service digital agency that focuses on the frontend strategy, design, and creative as well as the more complex backend technology, engineering, and, in this case, hardware.

The brooch operates via a software system that accesses Twitter’s API, allowing Viget to directly curate tweets that match the preselected hashtags. The team then uses a Postgres database to store and analyze those tweets before dialing into a system called Particle, which is connected to microcontrollers that allow the web app to communicate over a cellphone network to a hardware device (in this case, the brooch itself).

All the pieces were developed in-house using CAD and a 3D printer and offer NBC a way to blend the worlds of TV and Twitter.

“There’s a lot that you can do within the power of the web browser to visualize things, but I think, when you have a physical object that changes, moves, or makes noise — even though it’s a simple thing from a programming standpoint — there’s just something [that] draws people to it,” says Ben Eckerson, senior digital strategist, Viget, who, while with a previous company, worked on a similar project called the “Twerrible Towel” for the Pittsburgh Steelers prior to Super Bowl XLV. “Doing something on your phone and seeing something react live on television offers something very unique and it’s something that your computer just doesn’t have.” 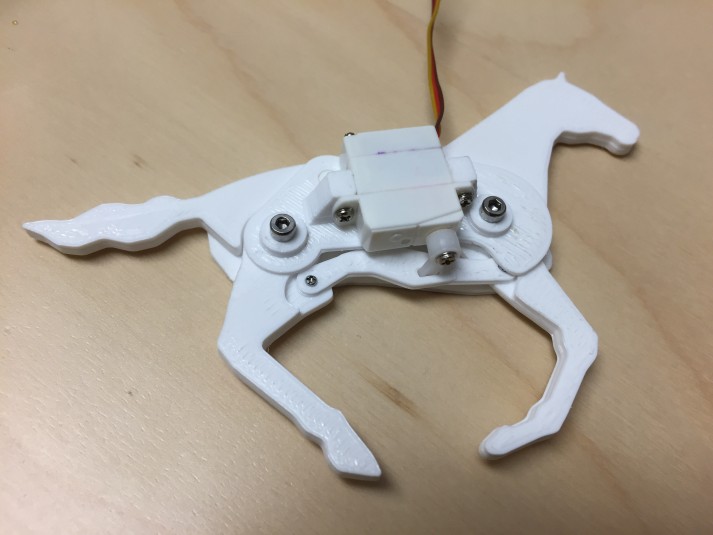 The Viget-produced hardware that will react to viewer tweets

Weir’s brooch isn’t the only social-media tool that NBC Sports has up its sleeve. According to the Peacock, this year’s Derby will feature the network’s most comprehensive media plan ever, adding Periscope and Facebook Live — live-streaming tools that did not yet exist during last year’s Derby — to its repertoire.

NBC will use Periscope’s GoPro-integration capability to invite fans inside the grounds, grandstand, and infield at Churchill Downs. Fans watching the Derby on NBC and NBC Sports Live Extra will be able to stream various camera angles from the infield and overlooking the grandstand through the network’s @NBCSN Twitter account.

“A lot of people will never get to experience the Derby in person, and so we wanted to figure out a way to showcase in different areas of the Derby how the fans are reacting,” says Lyndsay Signor, senior director, social media marketing, NBC Sports. “It’s as close as we can get you to feeling like you’re there while also being able to watch the race.”

However, the Kentucky Derby is more than just the fastest two minutes in sports. It’s a pop-culture spectacle that blends athletics with celebrity and sports with high fashion, and NBC plans to capture every moment of Saturday’s festivities.

This year, NBC will capture the Kentucky Derby Red Carpet (as well as the Kentucky Oaks Pink Carpet) on Facebook Live. NBC’s Peacock Paddock, the first stop on the Red Carpet, will go live for the first time with an exclusive Red Carpet show hosted by Rutledge Wood. The Paddock will house a 55-in. touchscreen monitor that will track social-media trends and give Weir and fellow reporter Tara Lipinski a pregame home base from which to discuss fashion as well as mingle with celebrities as they make their picks, pose in front of the 360-degree stop-motion cameras, and chat with Wood. Wood, a first-time Derby goer, will field questions from fans on Facebook as well as ask celebrities about the Derby experience: what he should do, which horse he should bet on, and more. 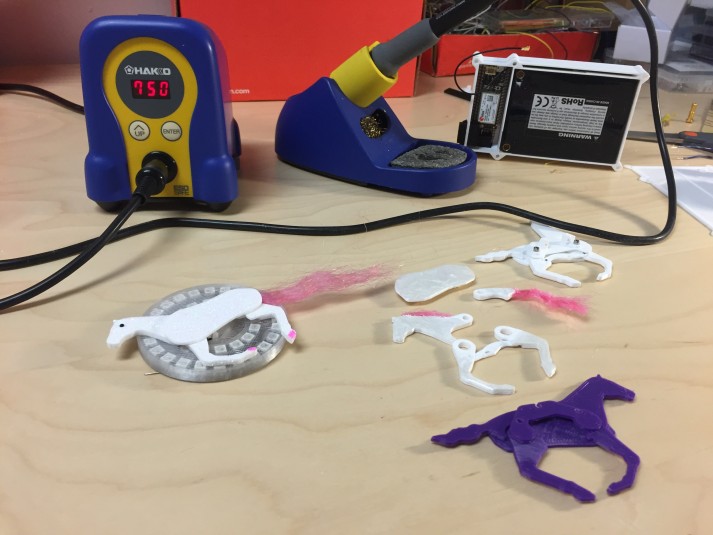 Components of the brooch in production

“We thought it was a cool inside look at the Red Carpet that allows fans to really see what it’s all about in real time,” says Signor, “and be able to interact with these celebrities when, otherwise, they wouldn’t be able to. So that’s a first for us.”

NBC isn’t forgetting its more traditional social-media platforms: Facebook, Twitter, Instagram, and — also new for this year’s Derby — Snapchat will get in on the action, each with a platform-specific approach constructed by NBC’s social-media team. Where Snapchat posts behind-the-scenes photos from Churchill Downs, for example, Facebook might feature long-form videos. Additionally, the team plans to use Periscope for real-time tours of Churchill Downs and Facebook Live for Q&As with NBC Sports talent.

And, not to be forgotten, Twitter will reflect the real-time reactions of fans, including — hopefully — plenty of chatter surrounding that brooch.

“It’s going to be super cute and super fun,” says Weir. “Whether people are loving my look and want to use the hashtag # WatchMeNeighNeigh, if they want to do that because they’re loving me or if they want to annoy me, it’s kind of up to them. I’m open to all. Just please interact with us on social media.”