After London Debut, Invictus Games Travel to U.S. With ESPN as Host Broadcaster

The 2016 Games build on the success of the 2014 edition, broadcast by the BBC

Two years ago, the inaugural Invictus Games took place at Queen Elizabeth Olympic Park in London. The Games, created by the UK’s Prince Harry, bring together wounded, injured, or ill active-duty or veteran service members to compete in a variety of adaptive-style sports. In this year’s Games, more than 500 veterans from 14 countries are competing in 10 sports at ESPN’s Wide World of Sports in Orlando, with ESPN taking on host-broadcaster duties.

Because the BBC served as the host broadcaster for the 2014 Games, this year’s edition will be a first for ESPN, which will provide five days of exclusive live coverage on ESPN2 and ESPN3, beginning with Sunday night’s Opening Ceremony and concluding with Thursday’s Closing Ceremony. 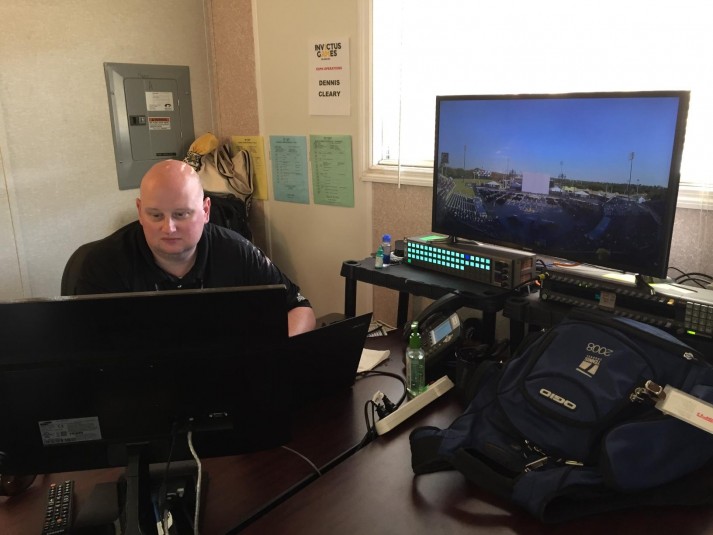 “We’ve been planning since the end of last year and been in full swing since January of this year, making trips several times a month down to Orlando from Bristol,” says Dennis Cleary, associate director, remote production operations, ESPN, prior to the start of the Games. “[We worked] with the Invictus folks and with our colleagues at Disney to basically run through how everything’s going to be set up and what our production plans are going to be.”

The first step in ESPN’s production plan was the Opening Ceremony, which took place in Champion Stadium on the Wide World of Sports Campus. It was produced by Donaldson Creative using 16 ESPN-provided cameras, including a Skycam and two long-arm jibs. Since Champion Stadium is a baseball stadium (it is home to Atlanta Braves Spring Training), ESPN stationed its cameras at traditional baseball camera locations. ESPN and Donaldson Creative relied on Game Creek’s Pride A and B units, which will remain onsite until the Closing Ceremony.

“We’ve been hand in hand with [Donaldson], so they’re taking care of the actual production of the Ceremonies and we’re handling the TV side,” explained Cleary prior to the Opening Ceremony. “Our Executive Producer Bill Bonnell, [Head of Production Planning] Geoffrey Mason, and our Director Lorenzo Lamadrid have been, on a daily basis for the past six months, working with them from what their concepts are to how we would cover [the Games] and what [they] would look like on TV, all the way to what we are today.”

HP Field House, a 5,000-seat basketball venue, hosted powerlifting, rowing, and archery on Monday, followed by volleyball on Tuesday, rugby on Wednesday, and basketball on Thursday. ESPN is deploying four or five cameras within the Field House, reconfiguring them to the specific event. The ESPN Wide World of Sports Production Center handles coverage of the indoor events.

For outdoor events, ESPN is deploying four to six cameras and operates out of a second control room within the Production Center. The network covers track and field at the New Balance Track & Field Complex on Tuesday, swimming at the Swimming Pool on Wednesday (a temporary Olympic-size swimming pool was constructed for the Games and will be dismantled at the conclusion), and tennis at the Tennis Complex on Thursday. Road cycling, which will take place on the grounds of the ESPN Wide World of Sports Complex, will not be broadcast live.

In total, ESPN will offer more than 35 hours of live coverage on ESPN3 and will broadcast a daily primetime recap show at 9:00-11:00 p.m. on ESPN2 out of Game Creek’s Pride units.

As the host broadcaster, ESPN provides both a dirty and a program feed for international rightsholders. The BBC is also onsite, cutting its own show using ESPN’s dirty and clean feeds. The two networks are sharing onsite resources, including eight Avid Symphony workstations housed within Game Creek’s Edit 2 (a ninth workstation lives in Pride B), all EVS network content, and RF audio equipment from Broadcast Sports International. The two are also sharing a host stage, located outside the entrance to the complex, for their respective nightly recap shows.

Game Creek worked with Creative Mobile Solutions (CMSI) to integrate a 10GB EVS XT network into an Avid Interplay postproduction environment, enabling the editing of live feeds within Edit 2. The tapeless workflow, which provides editing resources to both ESPN and the BBC, and is supported around the clock by a joint team of Game Creek and CMSI staff.

“Pretty much all the content that we’re shooting and we’re clipping, [the BBC] will have access to,” explains Cleary, “and we have access to some of their archive content, because they were the host broadcaster and the lead broadcaster in the 2014 London Invictus Games.”

On Thursday night, the 2016 Games will conclude with the Closing Ceremony in Champion Stadium, once again produced by Donaldson Creative in partnership with ESPN out of Game Creek’s Pride A and B. Next year, after only a one-year hiatus, the Invictus Games travel to Toronto and will be broadcast exclusively on TSN in Canada with Bell Media as host broadcaster.