A truly integrated second screen experience, whereby actions on the TV set can immediately lead to actions on a second screen, have been few and far between. Yes, having on-air talent read a URL might result in some viewers actually typing in the URL. And yes, an on-air graphic with a hash tag or twitter handle might also generate some engagement. But the real endgame is the ability to provide a call for action that is simple and doesn’t require remembering a URL or opening up an app. Enter Sodyo, a new call-to-action technology that builds on the QR code concept and takes it to a whole new level of practical usability. 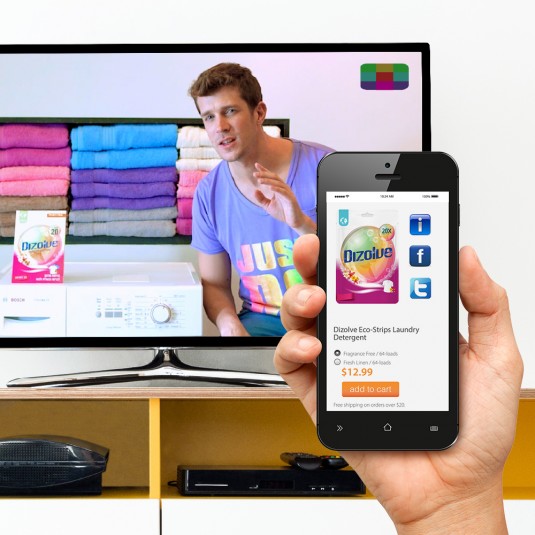 A pantented marker from Sodyo can be placed within a broadcast and enable second-screen actions to occur with the click of a button.

Sodyo is a new take on the QR code concept, making use of patented Color Vertex Point (CVP) technology that colorful tags/markers versus a QR code. The tags can then be placed on an object (like a studio set within a broadcast or another object) or digitally displayed within a broadcast signal. All the viewer has to do is open the app (it can also be embedded within a network or league app), point the phone or tablet at the screen, and they will immediately be taken to an object of interest. There is no need to even snap a picture.

“The app connects to a Web address, be it a landing page or another URL,” says Garroy. “And the system reacts quickly because the only information that needs to be transmitted is a Web address.” 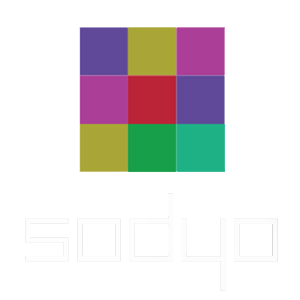 The Sodyo marker can be identified at distances up to 150-times the size of the marker away from it.

Perhaps most importantly the marker can be upwards of 100 meters away (or a distance equal to 150-times the size of the marker) from the user and still create an action. That opens up a whole series of use cases within a broadcast where the viewer can remain fairly passive. For example, it’s possible for the marker to be placed on a microphone flag stick that is being used on air and then the viewer at home can simply point their phone or tablet at at the screen, open the Sodyo app, click, and be brought to a Web page to find relevant information.

“You don’t want to have the marker on screen all the time,” adds Garroy. “We did some tests with networks and the technical director would put the market on screen from time to time.”

The system could even play a role in sports event credentialing as a marker can be assigned to each credential. The result? People on a compound could simply point their phone at an individual standing relatively far away and be able to bring up relevant information about that crew member.

“We do need to make sure people know the marker exists so that they will react to it,” adds Garroy. “So the best thing for that is to have the talent on a show educate viewers about Sodyo and how to use it. That same broadcaster can then tell advertisers that being more interactive is a better way to get a return investment on their ads.”