The incessant buzz surrounding virtual reality and 360 video has made it tough to cut through the noise and decipher the exact technological and business opportunities the bleeding-edge medium has to offer. However, one thing that does seem sure is that sports content is leading the way when it comes to live VR production with live efforts already in the can at The Masters, Kentucky Derby, Final Four, NBA, ATP Tennis, Daytona 500, and U.S. Open golf, and many more on the way. 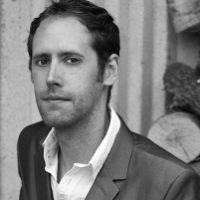 At last week’s Streaming Media East show in New York City, SkyVR CEO/Executive Producer Josh Courtney’s keynote address provided an in-depth look at exactly how VR works and the market it’s creating. The session addressed challenges and opportunities for VR content development, distribution chains, equipment and technology, and how media organizations and content creators can lay out their own VR roadmap. Here are some highlights of what Courtney had to say.

On the nascent virtual-reality industry:
If anyone tells you they’re an expert in virtual reality, run. We’re still in the early stages, really the very beginning of virtual reality. … We’re testing, playing, seeing what audiences are engaging with. What keeps them around? What’s going to get them to pay for the product? [Because it] has to be paid for, whether that’s through advertising, subscription, or pay-for-play.

On the difference between VR and TV:
It’s not just TV in a headset, it’s not just video. TV is an arms-length distance away, a third-person passive experience. VR is completely different: it’s a first-person experience. It has a powerful ability to change our perception over what’s happening. [For example,] in cinema, you stop being a passive audience and start being a character in a show.

On why VR in 4K may not be good enough:
The reason we’re having resolution issues even at 4K is, when you take that 4K panoramic image [and] warp that into a circular and then spherical image, a 90-degree frame of view only gives you 1,024 pixels for both eyes. That’s 500 pixels per eye looking through two magnifying glasses. It’s not that great. For us to get VR to the point where we see [high resolution], we need to be at 16K for a 4K at 90-degree frame of view. We have a long way to go in this market.

Jason Dachman contributed to this article.