A thrilling Barclays Premier League season and a magical run from upstart Leicester City had domestic English football peeking its head into the American sports landscape more than ever this year, and, with both the Copa America Centenario and EUROs on the horizon, the U.S. is poised for another big “Summer of Soccer.”

That’s music to the ears of Will McDonough, head of brand at KICK, a digital-media brand aimed at covering the world of soccer from a North American perspective. Formerly known as KICKTV, KICK recently celebrated the release of a new look with an aim at being the destination for North American soccer fans. 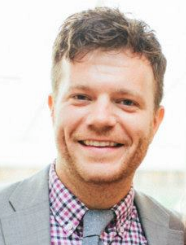 Will McDonough, head of brand, KICK

Through a robust digital and social strategy, featuring VOD and live video at the core of its content offerings, the company has racked up more than 250 million cross-platform views and prides itself on serving daily content to its highly engaged and passionate audience of 2.6 million followers each week.

It’s that established community and commitment to high-quality content that led to the opportunity to collaborate with NBC Sports, the U.S.-rights holder of Barclays Premier League. A pilot two-part video series produced last month took fans to the city of Liverpool to discover the roots of the Merseyside Derby, the notorious rivalry between Everton and Liverpool.

SVG caught up with McDonough to chat about an exciting summer ahead and how the new KICK approaches the digital and social-media world it already feels so comfortable in.

What is the mission of KICK?

NBC Sports has done a fantastic job of bringing the EPL to the U.S. In your recent partnership with NBC, how are you helping it round out its digital coverage?

The background of our audience is the perfect sweet spot, and I think this is where the NBC relationship comes into play.

It’s mainly 18- to 30-year-old males engaged across all different types of social platforms, and that’s really where the KICK brand lives. We have a [website], but the biggest social networks are where we have video and where the brand exists and where people interact with it on a regular basis.

What we’ve been able to accomplish is basically build this robust audience of subscribers and followers that engage with our content every day. We do this stuff around matches, outside of matches. Seven days a week, we are talking about football. So we’ve been able to build this great, engaged audience.

When you look at someone like NBC, who has EPL coverage, it was the opportunity to pilot a project and see how our content can drop that into something [NBC] is doing and see how the [two] can complement [each other]. That’s really what it is. It’s the opportunity to leverage our audience, who are big football fans, around the EPL.

Does the content you create for partners like NBC maintain your KICK branding?
Yes. That’s the nice part of it. NBC is giving us the nod that the stuff KICK is producing is very good. We did this pilot episode in the way that KICK creates content. We aren’t just trying to fit into another property’s brand. This was an opportunity to show how we do things and put that across the NBC platforms.

How would you describe KICK’s voice? Is it consistent across all platforms? Does each platform require its own voice? What’s your approach?
We optimize for each platform as it stands, and we have to be creative in that, but the voice of KICK is more of a celebration and excitement around the game.

We often take a clever and fun approach rather than being over-the-top serious, though we do dabble in documentary features. We have our basic stuff that happens every day in our social reaction and daily news, our daily mixer, which is a news recap of what you need to know. And we have documentary features where we go into various supporters’ groups and show how it all came to be.

We try to paint the full spectrum of storytelling: we want to keep it lighthearted and fun, and, when we want to, we can flip it and just tell you a really cool story that you need to know about.

How about on the live side? Have you dabbled at all in Facebook Live or Periscope? What opportunities do you see there for KICK?
This summer will be a really important one for us. We will have regularly scheduled programming surrounding the Copa America Centenario and the EUROs in coordination with some partnerships we have coming up.

As far as Facebook Live and Tumblr Live, we are looking at strong opportunities for us to go after that live piece. Live is something, historically when we were KICKTV, we used to do a lot as well, but, with the way Facebook has changed, it’s actually made the opportunity even better.

For us, I look at Facebook Live as a great time to have those real-life moments with your audience. We get really stylized and creative with our videos, but, when you drop into live, that’s a great way to experience a raw hang-out environment. We will look to use that kind of programming throughout the summer pretty heavily.