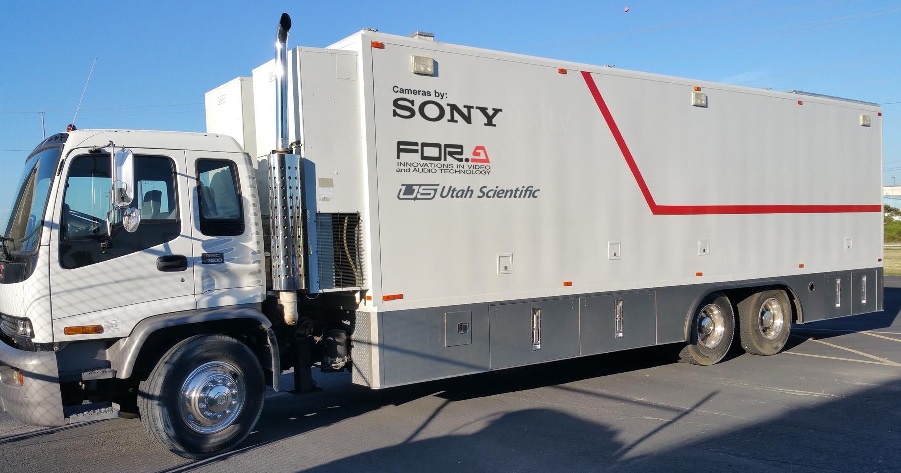 The new truck, the first in its market designed to provide a complete infrastructure for 4K/ultra-high-definition television (UHDTV), will be used for live broadcasts of high-profile local events including the Austin City Limits and South by Southwest music festivals and the Circuit of the Americas, home of the Formula One Grand Prix, Austin.

“The high-pressure broadcast environment for events such as Formula One, which often have a national and even international viewing audience, demands equipment that can provide the ultimate in reliability,” said David Fry, vice president, Omega Broadcast Group. “As one of Utah Scientific’s newest systems integrator partners, we knew we made the right choice with the UHD-12G for our new truck. Not only does the system provide cutting-edge technology in a quarter of the space that other 4K routers need, but it also delivers the reliability for which Utah Scientific is well-known. Plus, the UHD-12G can handle any kind of 4K SDI signal in a single link, giving us the scalability to support 4K operations well into the future.”

Ideal for live acquisition of UHDTV content, the UHD-12G is the industry’s first enterprise-class router to enable distribution of a full range of 4K SDI video signals, including data rates from SD up to 12G, in a single-link interconnect. This simplifies installations, reduces rack space and cables needed to process 4K signals, and lowers opex. Configured as a 144 x 144 chassis, the UHD-12G in Omega Broadcast Group’s new truck will initially be used to route quad-link 4K signals with an expansion path for switching single-link 12-Gbps 4K signals in the future.

“As a new member of our integrator partner family, Omega Broadcast Group is on the forefront of the emerging 4K/UHDTV broadcasting landscape with its groundbreaking new truck,” said Tom Harmon, president and CEO, Utah Scientific Inc. “In addition to providing a new revenue stream for Omega, the truck is a showcase of the latest 4K broadcast equipment – and it’s an ideal demonstration of the single-link capabilities of our new UHD-12G.”