Lawrence Edward LaFave, known as Larry, Lar, or “L-Squared” to many of his friends and colleagues at CBS Sports and beyond, passed away Monday, June 13 at the age of 65. He is survived by his wife Deborah and son Connor. LaFave was primarily known in the broadcasting industry as an accomplished engineer and most recently worked for CBS Sports, joining it in October, 2013 as Vice President of Remote Operations and Engineering. He was the lead engineer for all of CBS Sports’ big events including Super Bowl 50, Thursday Night Football, the Masters, PGA Championship, and NCAA Basketball Tournament. 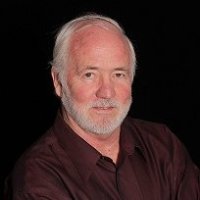 “For years Larry was my go to go engineer,” says Ken Aagaard, CBS Sports, EVP, Innovation and New Technology. “He was always best under trying circumstances. Whether it was a big event like Men’s World Cup or a small marathon I knew I could always count on Larry. Because of his friendly nature he always got the most out of those around him. I was lucky to work with him and have him as a friend.”

Sean McManus, CBS Sports, chairman, says that Larry was a key member of the CBS Sports team, and although he was incredibly talented with respect to his professional duties, his generous nature and kindness is what he will remember most.

“Always with a smile, never with a cross word, he treated everyone from the top executives to the runners exactly the same; with a friendly hello, a warm smile and a quiet respect,” says McManus. “Larry embodied everything that is good about CBS Sports, was as loyal a friend as you could possibly have and will be missed so much by all of us.”

Prior to working for CBS he assisted with the startup of the Pac-12 Network, joining it in October, 2011. He worked with the network in San Francisco and also worked on the remotes at the universities across the conference.

“He was probably the first TV person hired for the Pac-12 Network project and one thing about Larry is if you thought there might be a better way he would dive in and figure it out,” says Leon Schweir, Pac-12 Networks, SVP of Production and Operations. “His nickname was MacGyver because he was going to find a way to make something work.”

Schweir recalls when it was obvious that the network would rely on IP for transmission from the different schools Larry visited dozens of venues and was always on his hands and knees trying to find the closet in the venue that had the fiber connectivity.

“We’re a sophisticated network now but Larry’s legwork started it,” says Schweir. “He stayed true to what he was good at and even after he left Pac-12 he would remain in contact because once you were a friend of Larry’s you were always a friend.”

Lydia Murphy-Stephens, Pac-12 Networks president, echoes Schweir’s thoughts: “Larry was instrumental in helping launch Pac-12 Networks. His versatility, years of experience and willingness to help out whenever and wherever he was needed made him one of the greatest team mates I ever had the pleasure to work with.”

His first broadcasting job came in 1968 with a mobile unit company called Northwest Mobile Television (NMT) in Seattle where he worked part time while attending the University of Washington. He graduated from the University of Washington in 1981 with a bachelor’s degree in Zoology. It was during this time that he began to work as a maintenance engineer on local and remote television broadcasts.

LaFave’s first Olympic experience came with NBC at the 1988 Summer Olympic Games in Seoul, South Korea where his job was to keep the fleet of mobile units shipped from the United States running. At the time LaFave was working for John Leland at the Olympics and Leland recalls LaFave mentioning that it was one of the first times he was a tech manager.

“Larry was one of those people that you could always count on, as a Tech Manager and as a friend,” says Leland. “You might not see him for some time, but when you did it was like you had spoken the day before.”

From 1990 through 1995, LaFave was the Director of Operations and Engineering for the Olympic Broadcasting Services (OBS) which served as the host for the Olympics.

Over the next 10 years, LaFave worked during the beginning years of Nickelodeon Studios in Orlando, as Vice President of Engineering for NEP, and as one of the lead engineers on Men’s and Women’s World Cups in Asia, Germany and the United States. If there was a big or difficult show, many would seek him out for his engineering prowess. LaFave will be remembered by many for his unflappable nature under the pressure of live television. His knowledge of truck and broadcast center systems was his strength.

“The television industry lost a great one last week,” says Deb Honkus, NEP, chairman. “We are all saddened by the news of Larry LaFave’s passing. He was a great engineer who always had a smile on his face, can-do attitude, and he worked in many facets of our industry and succeeded in all that he did. He will be missed greatly.”

LaFave was known to all family, friends and colleagues as a professional, who was always concerned about all of those around him and their well being. He had a manner that always put people at ease and gave them encouragement regardless of the circumstances.

A public memorial service will held at The Paley Center for Media on Friday, June 24, from 10 a.m. to Noon. The Paley Center is located at 25 West 52nd Street in New York City. In lieu of flowers, the family is requesting that donations be made in Larry’s name to the SVG Fund.  Donations can be made through the SVG website and their is a button to donate in Larry’s memory: http://sportsbroadcastingfund.org/