Copa America USA 2016 has entered the finals and, thus far, it’s been a great success for the host country and Encompass Digital Media, as their Atlanta facility serves as the technical-operations and quality-control facility for the tournament’s related events. 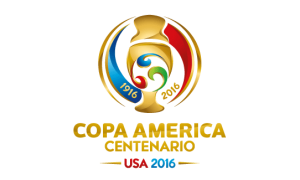 For the Copa America Centenario, a three-channel mix of content that includes a clean feed, world feed, and additional content feed is sent back from each venue to Encompass via The Switch backbone. Furthermore, CONCACAF TV is producing the match coverage out of Lyon Video production trucks and they, along with Host Broadcasting Services (HBS), have a team of specialists at the Encompass facility editing the best highlights and other packages.

“CONCACAF moved their quality control and edit facilities to Atlanta last fall, so even for an event like a U20 tournament, which was not available on U.S. television, we backhaul the games for QC, archive, and highlight editing,” says David Miller, Encompass, senior director, engineering. “Highlights are then posted to the CONCACAF website and made available to media rights holders.”

“The content is then decoded here and fed to the archive and editing room as well as to Asia Sat 5, Eutelsat 10, and IS 21 and 34 for distribution to North America, South America, Europe, Asia, Africa, and Oceania,” says Ed Deckert, Encompass, VP, Atlanta Teleport. Getting to those satellites also involves leveraging Encompass facilities in Singapore; London; and Glenbrook, CT; as well as Encompass Waterfront in midtown Manhattan.

The CONCACAF TV team, which includes eight people from HBS, is on hand to build a 24-minute highlight package every night and that package is ready to go 90 minutes following the final match of the night.

Day two of the tournament was the most labor-intensive day, as there were three matches that overlapped.

“For Copa America, we made sure we had enough staff in place and pre-booked multiple occasional-use resources including encoders, decoders, modulators, amplifiers, and uplink antennas,” says Deckert. “And our global-scheduling team, located near the technical operations center, purchases satellite space and pulls it all together.”

Master scheduling is handled via a ScheduALL system with literally hundreds of individual jobs tied into the 30 matches during the one-month event.

“We have great flexibility globally, because we have a presence on four continents and global connections to all of our facilities,” says Deckert. “And if there are any changes to a booking, the TOC manager in Atlanta makes sure everything goes smoothly.”

Primestream’s FORK media asset management and production automation system is also in use as the storage system for the content that the CONCACAF TV team will access and turn into highlight packages. The Primestream system control AJA Kona capture cards and dual-record HP servers and, thanks to a Primestream API, the editors can use Adobe Premiere to pull the recorded material into a timeline and edit on the fly.

“The producers have a low-res proxy on the Primestream logger and can log in key points in the match and there is also a soccer module so they can click a goal button and have the clip marked as a goal automatically,” says Miller.

One change for the historic tournament was the installation of a Gentner intercom system allowing the team at Encompass to easily and quickly dial out to all of the venues.

Encompass is used to handling tricky workloads as it is also home to master control operations for all of the ROOT SPORTS networks as well as other high-profile sports networks, broadcasters, and media companies seen around the world.

ROOT, for example, moved into their newly designed master control suite that was completed in April. The dedicated space was expanded to house eight control rooms that make use of Imagine’s Versio integrated playout system and ADC automation. A manual interface was developed to allow for staffers to easily handle playout lists and move back and forth between recorded and live material.

“Each region has a main and an alternative feed with the latter being used for blackouts or during dual event days such as an MLB game and MLS match,” says Miller.

These are just a few examples that embody the spirit at Encompass that calls for leveraging technology in order to gain operational efficiencies, a move that results in simplified operations for clients as well.

The Final of Copa America Centenario will be played on June 26 featuring Argentina vs. Chile at MetLife Stadium in East Rutherford, NJ.

Held for the first time outside of South America, Copa America Centenario has featured 16 teams, including 10 squads from CONMEBOL, along with CONCACAF nations Costa Rica, Haiti, Jamaica, Mexico, Panama, and the host United States.