Live production airs from a temporary 12,500-seat ballpark on base

This weekend, ESPN travels to Fort Bragg U.S. Army Base in North Carolina to produce its Miami Marlins-Atlanta Braves Sunday Night Baseball and Baseball Tonight: Sunday Night Countdown telecasts live from a newly constructed 12,500-seat ballpark on the base. While a live MLB game on an active army base will make for a memorable July 4 for the servicemen and their families on-site, the temporary ballpark’s lack of any broadcast infrastructure will put ESPN to the test. 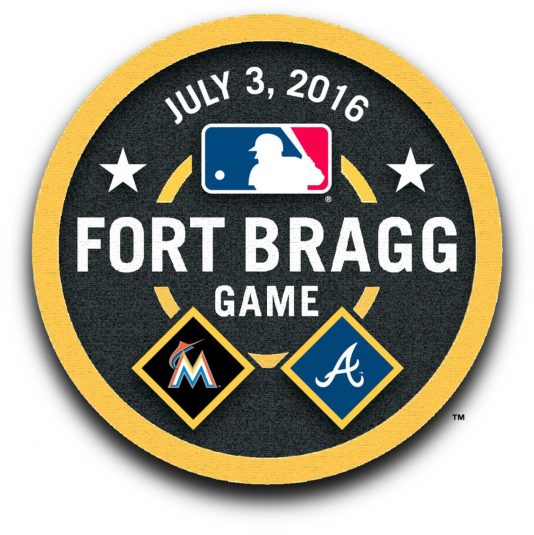 “They have no real infrastructure [at the Ft. Bragg ballpark],” says ESPN Senior Operations Producer Joa O’Connor. “So on one level, it’s a standard high-level Sunday Night Baseball broadcast with the same equipment we have every week and extra bells and whistles, but, at the same time, it’s very different for us since they have no [broadcast] infrastructure.”

Maintaining the SNB Look at a Non-MLB Venue

Despite the rudimentary venue (which will become a permanent softball field after Sunday’s game), ESPN isn’t pulling any tech punches and will deploy its standard robust Sunday Night Baseball production complement. This includes SNB’s NEP EN2 (A and B trucks) mobile unit (along with Illumination Dynamics’ C unit with generator), full camera complement, and Sportvision-powered K-Zone.

ESPN has laid down approximately 10,000 feet of single-mode fiber, 9,000 feet of SMPTE fiber, and 2,000 feet of DT-12 (as a backup) at Ft. Bragg. Despite the unique venue, ESPN was able to deploy its standard camera complement, including a Phantom 4K ultra-high-speed camera (integrated with an Evertz DreamCatcher) and a trio of Sony HDC4300 cameras, without having to dramatically adjust camera positions.

“We didn’t have to get too creative [with camera positions],” says O’Connor. “During our original walkthrough before [the ballpark] was even built, we had a lot of discussion about what a standard camera position is in any venue. So we have our standard complement. Low third, high home, high first, and go down the list. Our two mid positions — mid first and mid third — are definitely right up and down both lines but they are actually closer to the field than what we are used to.”

While camera positions won’t be disrupted, ESPN does face added challenges when it comes to the two cameras needed for Sportvision K-Zone virtual pitch tracking and virtual signage system, which has become standard on all SNB telecasts.

“K-Zone is an added challenge for us,” says O’Connor. “[Sportvision] does a lot of work in baseball, so when you step into any [MLB] stadium they have established infrastructure. They’re shipping in a couple of extra cameras and they’ll be in on [Saturday] to start looking at the best location to mount those. Our goal is to have K-Zone and virtual signage for ESPN as normal.”

ESPN also faces challenges on the contribution and transmission side due to Ft. Bragg’s lack of fiber connectivity.

“We’re going old school for transmission,” says O’Connor. “There is no fiber on site and the time constraints did not allow us to put in transmission fiber. I think if it was more of a permanent structure [for television], we’d obviously think in a more permanent basis. But we’re going out via uplink and getting all of our net returns on the downlink. So we’re brushing off our hats and remembering what that was like.”

Baseball Tonight in the Mix

Baseball Tonight will also be on hand broadcasting live from Ft. Bragg out of a three-camera studio set located in left field. The traveling Baseball Tonight set is the same that was used at the College World Series in Omaha, NE, and will be used at the Home Run Derby in San Diego later this month. The Baseball Tonight pregame show will run from 7:00 to 8:00 p.m. ET, at which point ESPN will strike the set in a matter of minutes prior to first pitch. The jib used for the set will stay in play, extending from 24 feet to 60 feet.

“We’re very excited to be able to provide the opportunity to military officers and their families who sacrifice for us,” says O’Connor. “There are definitely some added challenges on our side, but it’s going to be an exciting couple of days.”