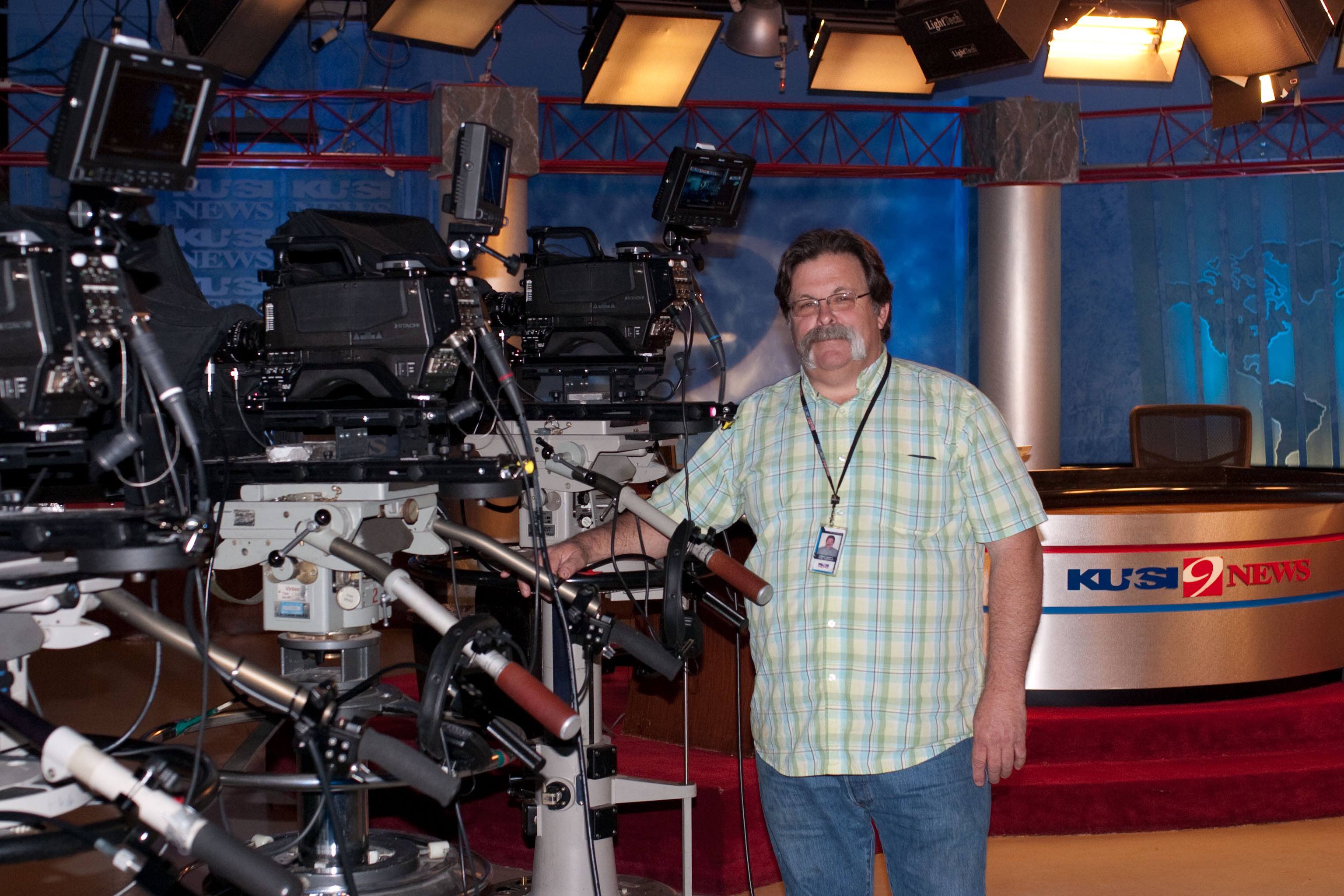 Owned by McKinnon Broadcasting, KUSI produces 60 hours of live newscasts each week, delivering the most local news of any station in its market. When the first-generation HD cameras used in its news studio became time-consuming and costly to maintain, KUSI-TV Chief Engineer Fred Swift sought replacements that would also improve the visual quality of their news productions. While the price-performance value and comprehensive feature set of the Z-HD6000 cameras were key considerations in the station’s choice, the picture quality produced by the cameras’ 2/3”, 2.6 megapixel MOS sensors and advanced digital signal processing won the mover.

“Our newscasts connect us with our audience, and I wanted the high caliber of our content to be matched by a higher image quality than our previous cameras could achieve,” said Swift. “The Hitachi Z-HD6000 cameras have met and even exceeded our quality goals. The overall picture quality is far better than our previous cameras, while the Z-HD6000’s flexible, user-friendly image enhancement tools let us achieve exactly the look we want. It’s incredible how good the Z-HD6000 makes our talent look.”

Beyond the quality improvements, the Z-HD6000 cameras enabled KUSI to overcome operational challenges the station had faced with their older equipment, including cumbersome multi-core camera, teleprompter power and intercom cabling that interfered with their desire to move the cameras frequently during newscasts. The new Z-HD6000’s are connected by SMPTE fiber to Hitachi Kokusai CU-HD500 camera control units with RU-1200JY remote controls. KUSI’s teleprompters and talent monitors run off the extra power provided by the camera control units (CCUs), while the camera’s built-in communication channels integrate seamlessly with the station’s intercom system.

“The Z-HD6000’s wealth of built-in features not only helped us simplify wiring and power requirements, but also made the cameras very easy to integrate and deploy,” explained Swift. “The move to fiber connectivity has given us the production flexibility we needed. It’s now much easier to move the cameras around our studio, often several times per hour – freeing us to produce exactly the news we want to see. The reliability of the fiber connectivity has also been stellar, even with our handheld operators running in and out the door to our outside patio set.”

The Z-HD6000s also enabled KUSI to switch to through-the-lens teleprompting, preferred by the station’s on-air talent, rather than teleprompters mounted above the lenses as had been necessitated by limitations of their old cameras. “I had originally been concerned about potential lighting issues with through-the-lens teleprompting, but with the Z-HD6000s that isn’t a problem. The sensitivity of the cameras is absolutely incredible.

“In my opinion, any station looking to replace their first-generation HD cameras should check out the Hitachi Z-HD6000,” Swift concludes. “The cameras provide excellent value, quality and performance, and are easy to install.”