When Golf Channel’s live opening round coverage of The Open Championship kicked off at 1:30 am ET last Thursday, a new on-air graphics package was unveiled to audiences around the world. NBC Sports Group partnered with Troika, a branding and marketing innovations agency, to display a new, authentic on-air look for The Open. 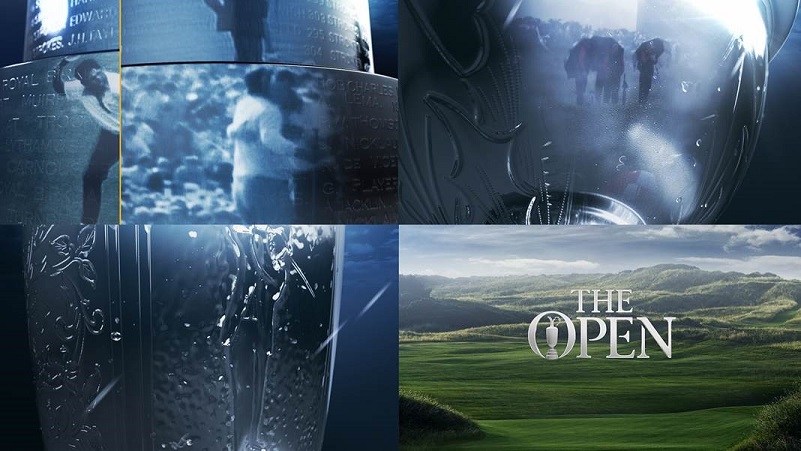 The custom-built graphics package created by Troika is on display this week during The Open coverage on Golf Channel and NBC in the U.S., as well as internationally through the World Feed via the R&A. This presentation incorporates iconic aspects of The Open, including its familiar yellow scoreboards, challenging weather conditions, and the Claret Jug.

As part of the new 13-year partnership with the R&A, NBC Sports and the Golf Channel will provide all-encompassing live tournament and news coverage on The 145th Open. Live tournament coverage began today with the first tee shot and continues to the final putt on Sunday, culminating in the Champion Golfer of the Year raising the Claret Jug.

Troika was challenged by its partners to create an on-air identity tournament package for The Open that delivers an immersive presentation of the world’s most prestigious golf tournament and embraces The Open’s rich history. Troika’s work reflects an insider’s perspective while still inviting all to enjoy the tournament.

Some of the work that Troika created for the graphics package includes: Logo Treatment, Player Showcase, Replay Wipe: icon/Logo, Background and Footage Treatment. Furthermore, for the first time, viewers are able to experience an animated version of the famed Claret Jug.

Gil Haslam, Creative Director of Troika stated “This is the most prestigious, most storied event in golf, played from the home of golf. Knowing that we were working on the World Feed for The Open, our team was challenged with the idea that ‘a picture is more than a thousand words.’ There has always been something that connected The Open fans to its history and the spectacular experiences that they all share. We believe that The Open is golf’s one true test; the one to watch, the one to win, the one you remember, the one that defines the Championship Golfer of the Year. This is the one. The Open.”

Golf Channel’s Credits for the 145th Open Include: