The National Basketball Association and Twitter announced an expanded content partnership that will bring exclusive original live programming and more video to Twitter, Vine, and Periscope. 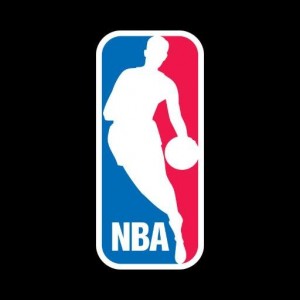 The NBA, through its NBA Digital partnership with Turner, and Twitter will deliver a free live stream of a new weekly NBA pregame show with first-of-its-kind elements created specifically for integration with Twitter conversation.  The weekly pregame show will be featured exclusively on Twitter for logged-in and logged-out users.  Ahead of the 2016-17 season, the NBA will announce an additional to-be-determined show that will also stream exclusively on Twitter.

“We’re excited about bringing live content to Twitter, which has proven to be an ideal destination for real-time sports conversations,” says NBA Commissioner Adam Silver.  “We’ve seen technology bring fans closer to our game, teams and players in ways we could have only imagined a decade ago.  This expanded partnership will help feed our fans’ growing demand for the NBA by more deeply integrating the league across Twitter’s many platforms.”

“Twitter is the fastest way to find out what’s happening in the NBA and to have a discussion about it,” says Twitter CEO Jack Dorsey.  “Watching NBA basketball together with Twitter is a great experience, and the league has been at the forefront of embracing new ways to reach their fans.  We’re happy to bring even more great NBA content to our global audience.”

The partnership also includes an extension of the NBA and Twitter’s Amplify program, with the league increasing its content creation across Twitter, Vine, and Periscope.  NBA videos on Twitter will continue to include #NBARapidReplay highlights, #NBAVine highlights and behind-the-scenes footage, #PhantomCam player arrivals, plays of the game, animated GIFs, #NBAmixtape custom edits, “Day in the Life” takeovers and Periscope live streams of press conferences and interviews.

In addition, @NBA will also produce more videos from major events, including NBA All-Star, NBA Playoffs, The Finals, NBA Draft and others, that will feature player Q&As, takeovers, and behind-the-scenes access.

Since the NBA joined Twitter in 2009, the league has built the largest Twitter community of any sports league in the world with more than 22 million followers.  The NBA recently became the first organization to surpass 2 billion loops on Vine and, since joining the platform during The Finals 2013, the NBA has built Vine’s largest community among all sports leagues, teams and players, with more than 1.8 million followers.