On Thursday, Major League Soccer’s best face-off against Arsenal at Avaya Stadium in San Jose, CA. ESPN travels to the league’s newest venue this week, fresh off Saturday’s SportsCenter on the Road in Portland, OR, where, for the first time, the network hosted the show live from the site of an MLS matchup. 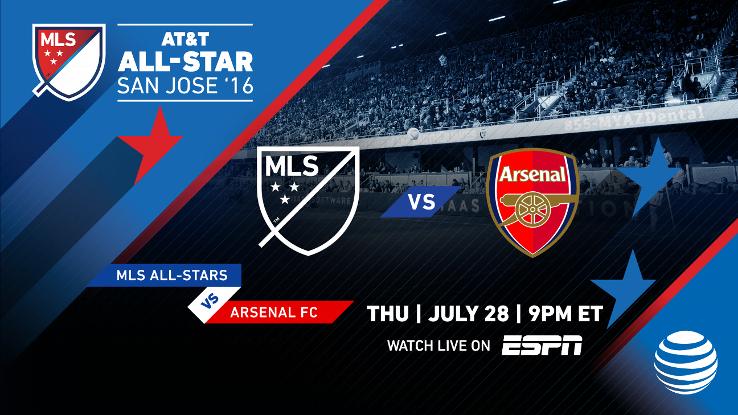 “It’s another game in a long line of great opponents for MLS to be testing itself against the best clubs in the world,” says Chris Alexopolous, ESPN’s lead soccer producer and a veteran of every ESPN soccer event since 1998. “MLS is always looking for a way to measure their progress and to measure itself against the European teams — which are the standard of excellence in soccer — and, in these All-Star Games, the results [for MLS] are better and better each time. It’s an exciting opportunity for everyone.”

Following Saturday’s match between the Portland Timbers and LA Galaxy, ESPN drove Game Creek Liberty more than 600 miles down the Pacific Coast to San Jose for setup on Tuesday. The network will deploy 12 game cameras, including a super-slo-mo, plus six POVs throughout Avaya Stadium.

Although ESPN does not plan to use Thursday’s game to roll out any new production tools, as it did in 2014, the network does plan to pull out all of this season’s bells and whistles. Having announced earlier this year that it would add its goal-post cam to selected regular-season matches, ESPN plans to use the technology during the exhibition against Arsenal.

In addition to goal-post cam, which comprises two cameras and a small mirror system installed within ESPN-owned goal posts, ESPN also plans to put microphones on the coaches after introducing the concept at the beginning of this season. Thursday’s All-Star Game will be the fifth MLS game this season to feature coaches wearing microphones; in addition, a camera will follow each coach.

The MLS All-Star Game will be broadcast live on ESPN, Univision, TSN, and RDS. According to Chris, Univision will take ESPN’s world feed and supplement it with a few of its own cameras. The world feed will also be transmitted to more than 100 countries around the world via MLS’s international broadcast partners.

“We work really well together because we all know each other and we need favors from each other,” says Alexopolous. “It’s not a good sport to be every man for himself. Everybody’s gotta help everybody out.”