Although France Télévisions has a strong presence in Rio, much of the production work — including production of the main studio at the Olympic Park and integration of graphics within the broadcast signal — takes place in its Paris broadcast center via fiber connection. 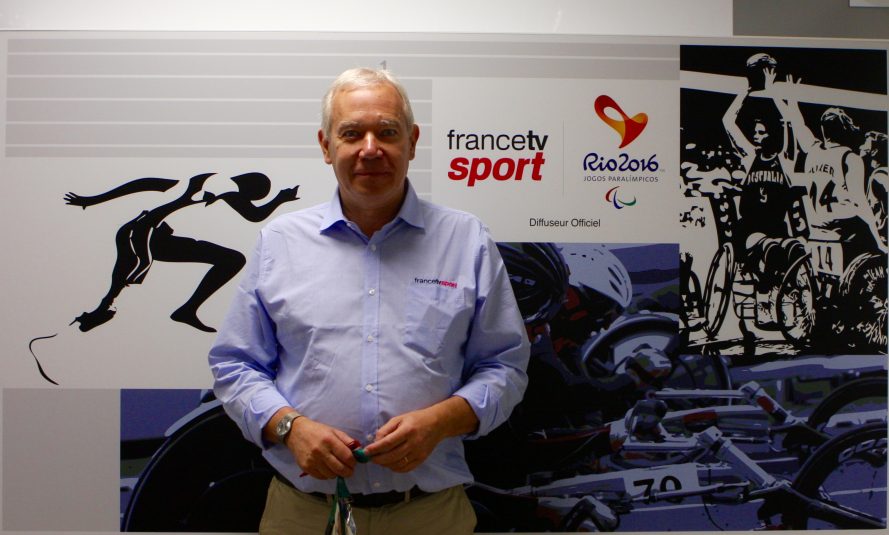 According to Francis Cloiseau, head of sports production, France Télévisions, operations have been going very well, and the team of 190 people working on the production are meeting their goals despite battling logistical issues related to unreliable transportation operations and IBC dining facilities that are far smaller than required.

The core France Télévisions technical facilities at the IBC include a technical-operations center that brings in 55 feeds from OBS, 13 mixed-zone signals from the broadcaster’s production teams in the field, and the output from four onsite Avid editing suites that take content from two ENG crews and create feature stories (four Avid suites in Paris create competition highlights). The IBC facilities are tied to Paris via fiber and also tied to two studios, one that has four cameras and another with three. 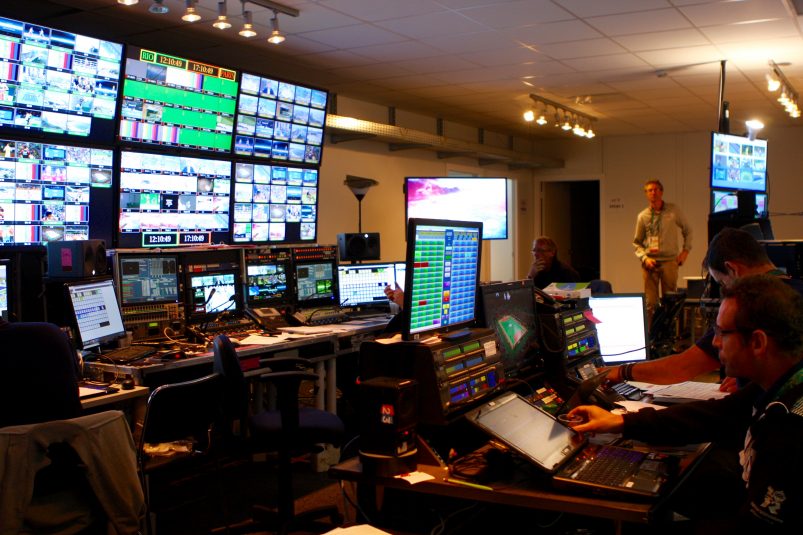 The France Télévisions technical-control area makes sure the production team in Paris gets what it needs for proper Olympic coverage.

“It was less expensive to bring them from France for construction. We brought over 30 tons of freight as shipping it was less costly than renting,” says Cloiseau. “The only thing we booked here was an OB van, and, if we could do that over again, we would probably bring over our own OB van.”

In Paris, three control rooms deliver coverage to viewers via France 2 and France 3 (the main events and those featuring French athletes); France 4 (football and rugby), and France O (basketball and volleyball). In addition, Equidia Live, a French equestrian specialty channel, broadcasts the Equestrian events (and shares a mixed zone at the events with the France Télévisions team), and all of the events at the Olympics are live-streamed via the web and apps.

“Our programming begins at noon France time with a magazine program with athletes in the studio at Olympic Pack,” says Cloiseau. “After that is 50 minutes of highlights, and then we are live from 2 p.m. until 9 p.m.”

Because much of the nighttime action in Rio occurs in the early morning in France, there is a replay of late-night events from 8 a.m. to noon on France 3.

The Rio facility is connected to Paris via a 2.5-Gbps STM-16 circuit (there is also a backup) with 34 signals going to France Télévisions and 11 going to Canal Plus, which is also showing the Games on eight channels.

“One change from [the 2012 London Olympics] is, we worked with JPEG2000 there, but, if we wanted to use JPEG2000 here, we would have needed a 10-Gbps STM-64 circuit, and the price between Brazil and Europe is more than €1 million,” says Cloiseau. “So we changed our way of working and when with MPEG-4 at 42 Mbps and a small delay of around 500 ms. But it allowed us to cut the cost to less than a quarter of using JPEG2000.” 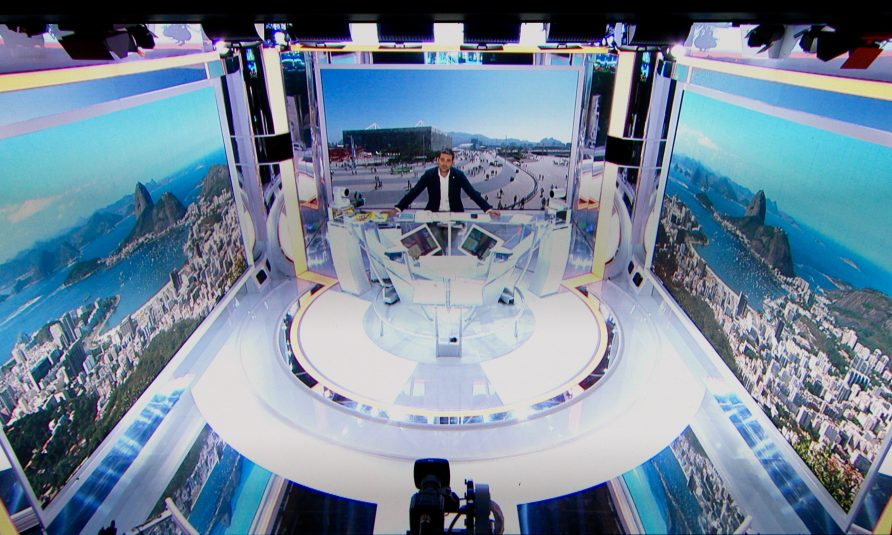 France Télévisions studio in Olympic Park had to be changed to deal with issues related to too much sunlight.

Another big change from London is that, there, the main studio was near Tower Bridge and close to the France House, making it ideal for bringing athletes and celebrities to the studio. But, here in Brazil, the France House is located near the Copacabana Beach, which is too far from most of the athletic competitions. So the decision was made to place the main studio within the Olympic Park so athletes could quickly and easily stop by the studio for interviews.

One unforeseen challenge, however, has been that the studio’s windows are oriented to the north, causing issues with the sun.

“We decided to close the window and instead have three big screens, one of which has a camera shot of Olympic Park that [is shown] behind the talent,” says Cloiseau. “If we had known about the issues with the sun beforehand, we probably would have put the studio inside the IBC as it is very expensive to have the space in the Olympic Park.”

The main studio has seven cameras that are being cut from a control room in Paris. There is also a second studio, but high transmission costs resulted in that four-camera show being cut at that studio location.

Work on the 2018 Winter Olympics will begin this fall, and Cloiseau says the France TV Olympic production team will begin the continuous process of getting everything sorted for the 2018 Games, which will be held in Pyeongchang, South Korea.

“If they take a stop and a break and then try to come back to Olympic planning,” he explains, “it is more complicated, so it is easier to have the same people permanently working on it.”