More than in any recent Olympic Games, NBC Olympics is making the host city the star of its creative and production processes here in Rio. Nowhere is that more evident than in the network’s highly robust — and in-house–built — graphics package. 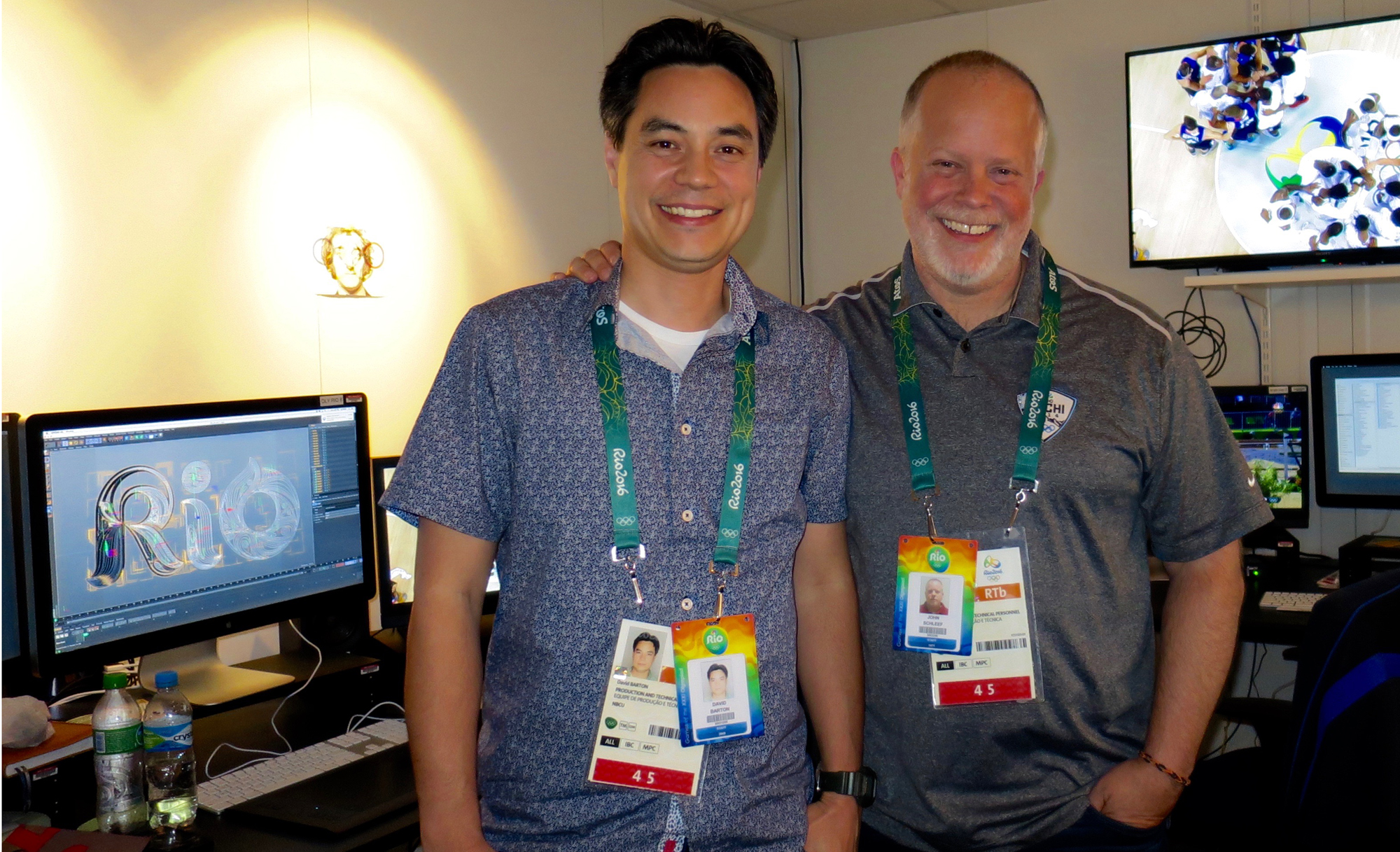 David Barton and John Schleef, working their sixth Olympic Games as NBC Sports’ lead art directors — have spent months researching and designing a graphics package that they feel fully encapsulates the spirit of these Games and, more important, the spirit of Rio de Janeiro.

“We always start with where are we and how important is that?,” says Barton. “At the start, we’re selling, and the sell of Rio is just as important as the sell of the Games themselves. This is a special circumstance. Everyone wants to be here, so that culture element of it becomes so important. We wanted to make a package that showed that this is the place to be.”

The goal was to fully embrace the inspirations from the city’s culture, landscaping, architecture, and more. Barton, Schleef, and members of their team spent weeks touring and photographing locations throughout Rio, including iconic landmarks Christ the Redeemer, Sugarloaf Mountain, and the Escadaria Selarón. 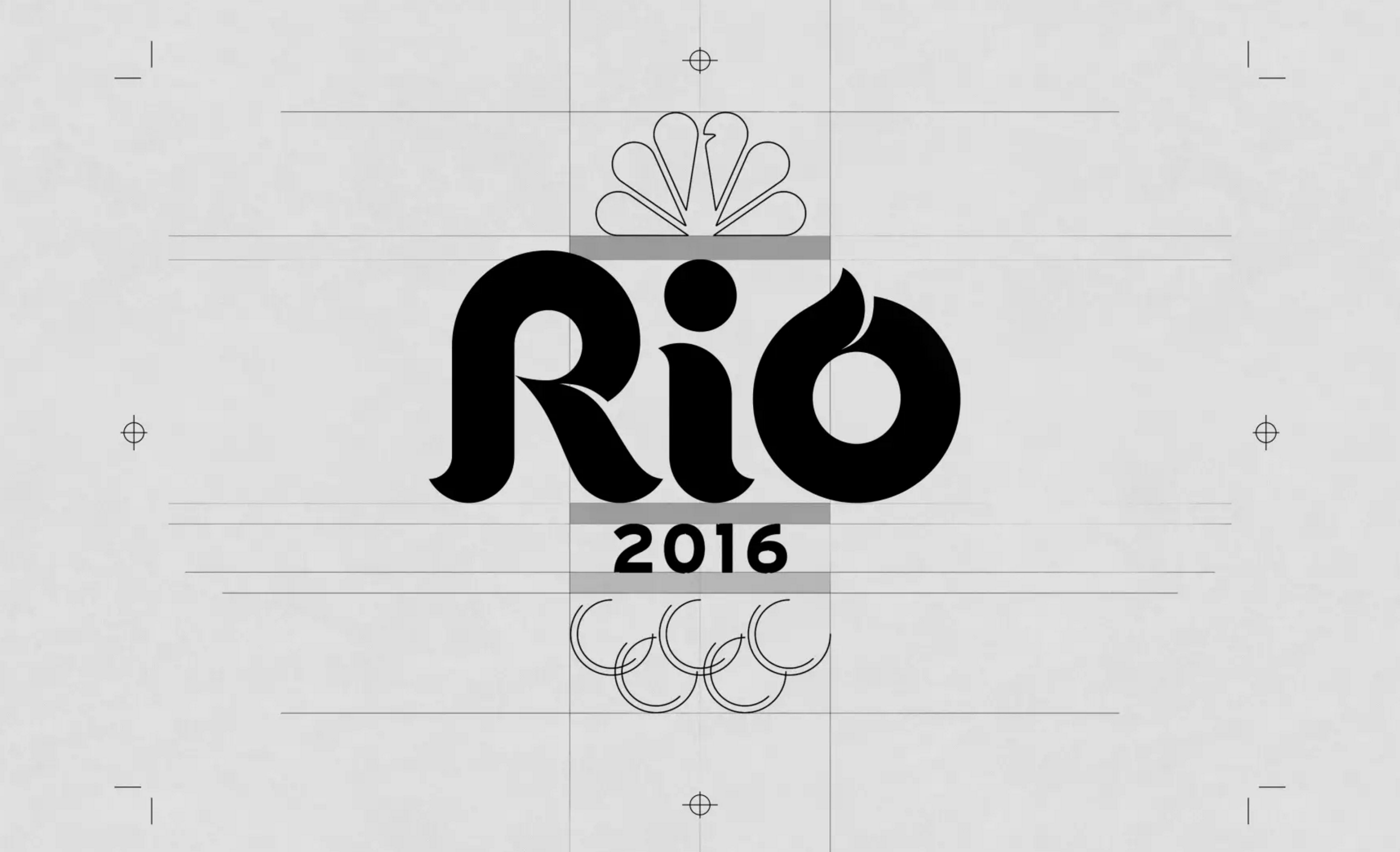 NBC hired graphics-design firm Trollbäck + Co. on the design of the primary NBC Rio Olympics logo, but the entire package beyond that was built in-house by NBC artists. In a truly collaborative process, all ideas and inspirations from the team’s research were thrown on the table, heads were put together, and plans were made for all forms of graphics, including animations, transitions, backgrounds, lower-thirds, etc.

“That’s the creative process they have as artists,” says Phil Paully, director, graphics engineering and operations, NBC Sports and NBC Olympics. “That’s a talent that you can’t just go and get. It’s a whole lot more than placing the time in a box. I couldn’t be more proud of these guys.”

It’s a veteran team in the graphics department in Rio, with four members of the team having worked more than 10 Olympics together. That includes Paully, who is working his 11th Games, beginning in Barcelona in 1992.

A total of 12 graphics operators are onsite, with Barton and Schleef running two groups of four artists working at any given time on nine machines. Crews are knocking out 12-hour shifts per day and editing on Mac Pros, each equipped with a 16-TB G-Technology G-Raid. 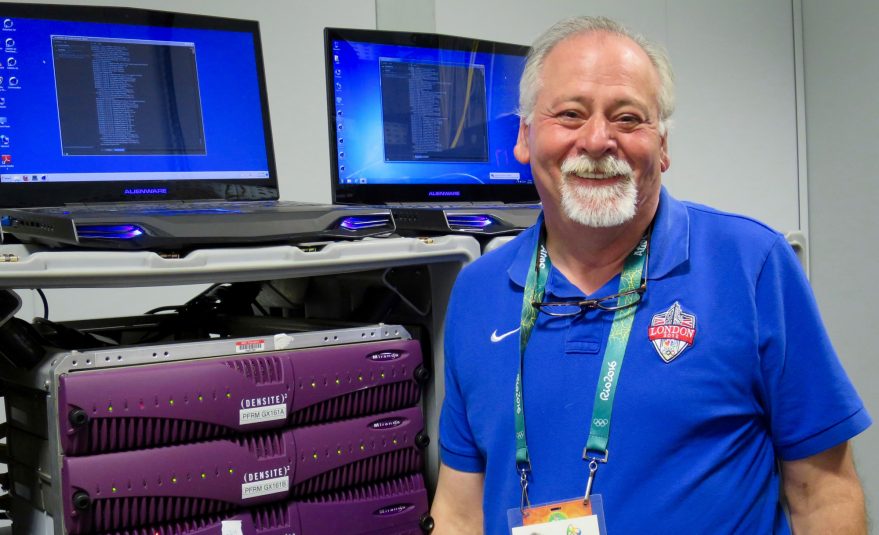 Editors are working at a blazing speed thanks to a custom-built render farm that Pauly cobbled together himself and brought to Rio. The render farm is made of 10 Mac Minis and four Alienware computers (the kind typically used for gaming) and is running 72 processors. Says Paully: “We are doing two-hour renders in two minutes.”

In this era of at-home workflows, he says it’s a no-brainer to want to handle rendering onsite.

“We [used the network at the 2012 Sochi Olympics], and that was excruciatingly, painfully slow,” he explains. “Here we have immediate results. There’s no way you are going to get fast enough transport back and forth. When it’s here, you send your things in to render, it goes into a very fast server, and, once it’s there, it hits the other boxes and flies.”

The render farm is just one of a few new elements in the backbone of the graphics workflow at Rio. On the backend, EMC Isilon (400 TB) and Aberdeen servers are being used as content-management sources, in addition to the help of a FileCatalyst file-transfer solution. The team is also using ChyronHego Mosaic with Matrox cards for everything at the IBC. The Mosaic is used for scoring data and all lower thirds, transitions, etc., and is offering the crew lots of flexibility.

“One of the reasons we use ChyronHego is, I think the manual control and interaction between the producer and the graphic world is so important,” says Paully. “The automation of something and pressing a button and watching a bunch of things animate is nice and wonderful and does a show, but you’re seeing such creative energy here. Our team is very strong, and they can shift things on the fly. That’s their talent.”

The graphics team also benefited greatly from significantly less stressful setup in Rio, thanks to the prefab work done at NBC Sports Group’s Stamford, CT, facility prior to the Games and overseen by NBC Olympics VP, IBC Engineering, Terry Adams. That work was able to wipe out three days typically needed to install the system onsite.

“Engineering-wise, this has been a very satisfying [Olympics],” says Paully. “We are trying some new things, and they are working.”

Will many of these new changes set a precedent for future Olympics? Paully sure hopes so.

“Doing everything in advance like this saves time, saves money,” he says, “and, although it looks like it’s costing more upfront, the result is a lot of time, sweat, and effort that we don’t have to extend anymore.”