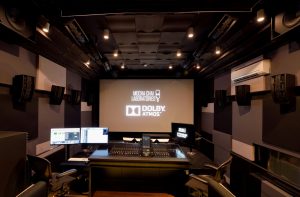 The dubbing theater, which is fully-equipped with audio postproduction and 4K color grading facilities, is fully compliant with the DCI-standard. As well, the Vive Audio system installed has been configured to meet the requirements of the Dolby ATMOS sound technology system. This makes MCL the first postproduction facility in the world to feature a Dolby ATMOS-certified dubbing theater equipped with Christie’s cutting-edge cinema audio solution, which combines the superior performance of planar ribbon drivers with line array loudspeaker design, and matches them with powerful Class D amplification.

Yee-Wei Chai, Founder and Managing Director, MCL, says, “As a postproduction studio, audio quality and performance are of paramount importance to us, so that filmmakers can fully realize their goals in sound design. Christie Vive Audio, with its innovative ribbon driver technology, enables us to achieve just that. We’re very impressed by its clarity and how it delivered the audio details. We are also proud to be the first dubbing stage in Singapore to install Christie Vive Audio, and the first in the world to obtain Dolby ATMOS certification for the most faithful and accurate reproduction of immersive cinema audio formats.” 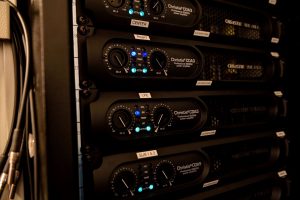 There is certainly value in setting up such a dubbing theater in Singapore, says Chai, who noted that regional filmmakers had to travel to Thailand and Hong Kong previously for final picture grading and cinema sound mixing due to the lack of such facilities at home.

“Now, they can accomplish final mix, online finishing and color grading at our all-in-one facility without the need to go overseas. We are certainly excited to offer local and regional filmmakers with a choice to have their films completed here with the finest audio system, and ready for the cinema in a standard recognized all over the world. So far, many filmmakers who have used our dubbing theater are captivated by the quality and performance of the Vive Audio system installed, and we are absolutely convinced that we’ve made the right choice,” Chai says. 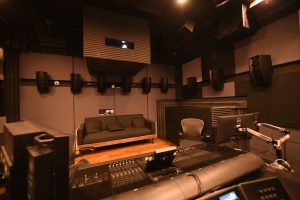 Han Kim, General Manager, Christie Singapore, comments, “We are honored and delighted that Mocha Chai Laboratories has chosen  Vive Audio for its state-of-the-art dubbing theater, and is the world’s first Dolby ATMOS-equipped post-production facility to deploy our leading-edge cinema sound solution. With its capability to unlock the full potential of the DCI digital cinema audio format and support all leading cinema audio formats, Vive Audio brings a new level of realism to movies and represents the next evolution of cinema sound.”

Lin Yu, Vice President, Christie Asia Pacific, adds, “Mocha Chai Laboratories has been regarded as one of the region’s leading postproduction houses, and we are pleased that it has selected Vive Audio for its high-tech facility. This is a clear testimony that besides offering advanced visual solutions, we have also set the bar in immersive cinema sound that filmmakers and postproduction professionals appreciate.”

Designed as a complete solution, each component of Christie Vive Audio has been specifically engineered to complement each other. By combining the superior performance capabilities of each piece into one, integrated cinema audio solution, Christie Vive Audio brings the next generation of cinema audio to any space, from postproduction studios and screening rooms to traditional auditoriums and premium large format theaters.