This is Part 3 of SVG’s four-part series on NBC Olympics’ at-home operation in Stamford, CT. Make sure to check out Part 1, an overview of the operation as a whole; Part 2, focused on the studios and control rooms; and Part 4, on the Streaming Factory setup.

Although NBC Olympics’ at-home–production operation in Stamford, CT, has grown in nearly every facet for Rio 2016 — and by 50% overall — the technological revamp and expansion of the “Off Tube Factory” announce-booths operation is among the most significant. 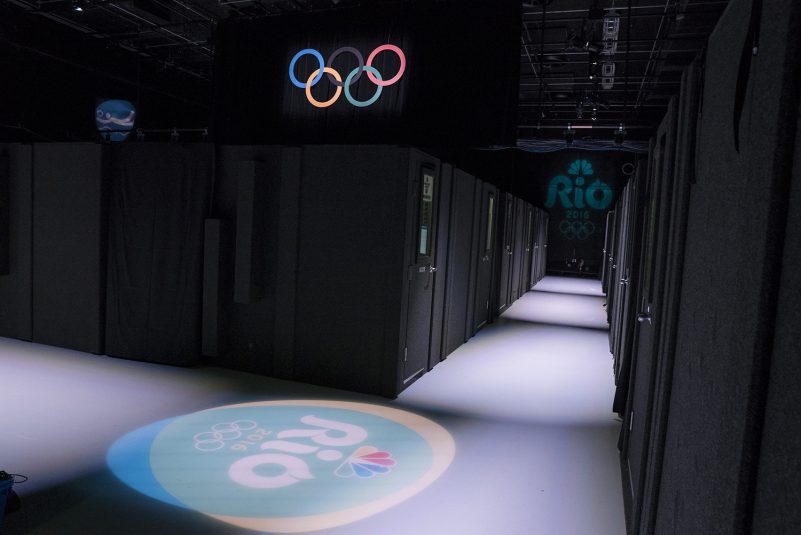 The Off Tube Factory workflow is similar to at-home operations for previous Olympics, but the size and the core technology have changed dramatically. A whopping 18 announce booths are located at the Sports Production Operations Center (SPOC) in Stamford, versus just one for the Sochi Olympics. Play-by-play and color-commentary announcers in each booth are provided with monitors showing the OBS VandA feed from Rio, the NBC dirty feed with graphics, and a return feed of the control room. Each booth is assigned a dedicated producer, who communicates between the on-air talent and control room.

“The producers in the control rooms talk only to the [off-tube] producer,” says Tom Popple, VP, studio operations, NBC Olympics. “We don’t want everybody talking over here at one time. So producers in every control room reach out to the boxing producer or tennis producer and then tell the talent when specific segments are coming up, if they’re going to come back live, or if they’re going to lead to commercial. Each producer produces just the talent in the booth.” 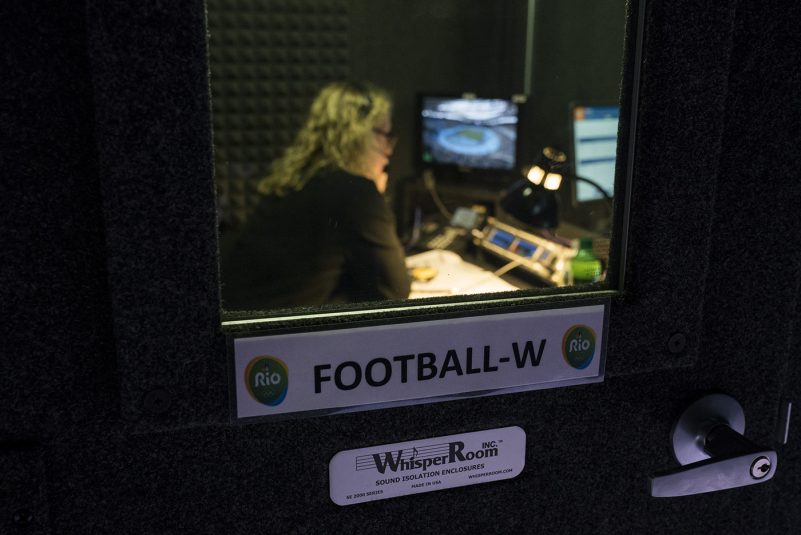 Inside one of NBC’’s off-tube booths in Stamford (Photo: Virginia Sherwood/NBC)

In addition to increased size, the Off Tube Factory operation for Rio features Lawo’s audio-over-IP host commentator system, a departure from the analog-based system used for previous Games.

The Ravenna/AES-67-based system integrates with the Lawo V_pro8 system for demux/remux of the commentator audio to process and transport each feed. Located at the “mini BOC” inside the Stamford Off Tube Factory area are two audio positions, each with access to the individual mic gains, web-mix output options, and all technical oversight of the 18 commentator systems.

“This is vastly different than what we did for [the London Olympics] because it’s all based on Lawo’s commentary system, which is very new and different,” says Tim Canary, VP, engineering, NBC Olympics. “It’s more complicated, but it has a lot of flexibility. It’s all about refining [the operation] to make it smaller and more flexible.” 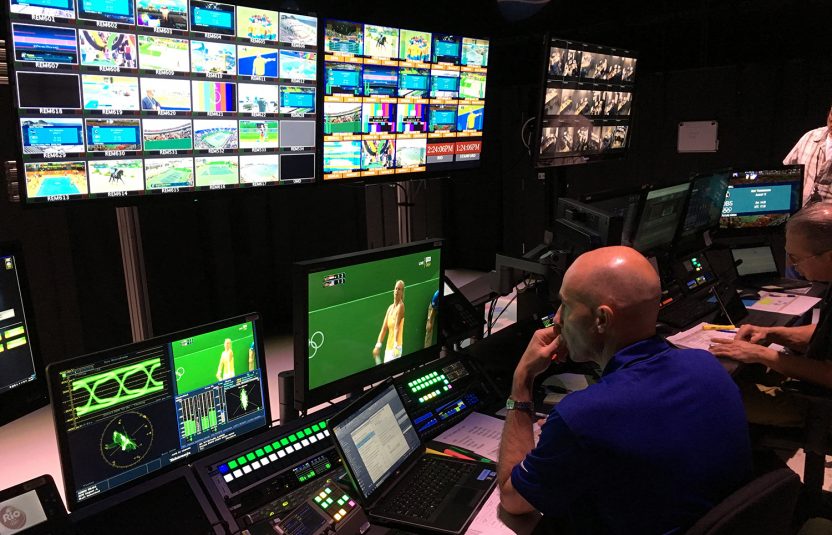 The “mini BOC” coordinating the Off Tube factory

Under the previous analog-based off-tube setup, NBC Olympics ran a pair of DT-12 cables to each booth; this year, a single Cat 5 cable is run to each booth. In addition, the amount of hardware has been reduced significantly: the current Off Tube Factory equipment fills less than two racks, and Canary says it would been at least four for the analog-based operation.

“There’s still video paths going back and forth, but it’s much cleaner in terms of audio quality,” he adds. “We’re still learning and tweaking [our workflow], but the flexibility is just astounding compared to doing it with all analog, and the amount of infrastructure that you have to use to make that all work. It’s night and day. That flexibility is key to being able to do it at this scale. And to scale up from here [for future Olympics] is not all that hard.”