VR may feel like an overnight sensation for the casual media consumer, but, for folks like Sankar “Jay” Jayaram, co-founder/president/CEO, VOKE VR, the medium’s burst into the (relative) mainstream has been a long time coming.

Jayaram and his wife, Uma, have been working on the science of VR since their days as Washington State University professors more than two decades ago. He still has a good laugh over a VR helmet he built in 1993 that — at 18 in. long and 6 lb. in weight — resembled more the helmet Luke Skywalker trained in in the original Star Wars film than the sleeker goggles of today. 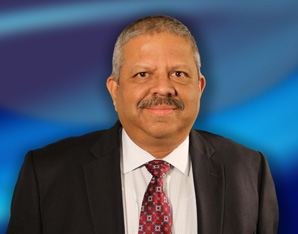 Jay Jayaram: “Fundamentally, the important thing to recognize [with VR] is how people are going to consumer this content.”

VOKE VR has emerged as one of the major players in the crowded VR space, working with Turner Sports as the VR vendor of choice for the NCAA Men’s Basketball National Championship Game. You may have seen on various digital and social-media platforms the VR highlights of Kris Jenkins’s buzzer-beating shot that won the title for Villanova. VOKE is continuing to grow, most recently with the hiring of David Aufhauser, who formerly headed digital at Pac-12 Networks, to serve as chief strategy and product officer.

Jayaram recently sat down with SVG to chat about the latest developments at VOKE, why he’s excited about the prospects of virtual reality, and why storytelling is the main thing lacking in today’s VR experiences.

What’s the latest with the company, and what is the state of VOKE in your opinion?

From our perspective, the whole VR industry is exploding even faster than we expected over the past year. I think the expectations were that it would probably be a year or so before people were really ready to start consuming content at home. In April, we had our coming-out party by streaming the Final Four and National Championship Game to viewers at home in a partnership with Turner Sports and Oculus. It was a great, successful event. It tells me the world is ready for these immersive experiences at home and, the faster that we can ramp up, the better it is for everybody involved.

So, today, we are building out our team and our technology platform. Our products are ready for use today, but it’s also about having the right team behind it. We were very excited to bring David Aufhauser aboard. He comes with such a deep understanding of content and has built out the digital segment of the Pac-12 Networks. He was a perfect fit for us to lead the strategy and product side of it. Adding him alongside our Chief Commercial Officer Jeff Jonas, we really are building a powerhouse on the sports-business side.

VR is growing very rapidly. As you said, the growth has been faster than you anticipated, and that’s with a lot of optimism behind it. How early are we still? There are still a lot of people who haven’t seen VR; the headsets on the market are limited. What growth would you like to see?

Personally, I have been doing VR for 23 years. From my perspective, VR is not about the devices, it’s not about the computers, it’s not about the phones. It’s the change in how one perceives and consumes content. When you think of how sports are broadcast today, it’s a very well-told story. You have talent that is really good at putting the pieces together, adding graphics, and weaving everything together. Now, you try to take that background and tell that person to put on a headset and look around, that experience might last only one or two minutes. So, fundamentally, the important thing to recognize is how people are going to consumer this content. 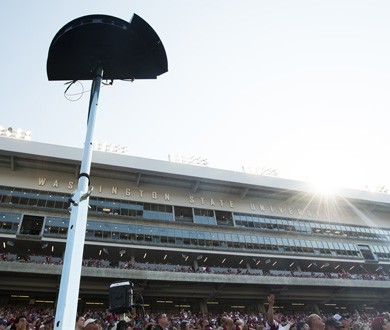 This is a mindset change way more than it is a physical-device change or a content and media change. We are moving from a passive experience of viewing what is on TV to an active and interactive experience where you can choose what you see and when you see it. But the storytelling still has to come along with it. The storytelling side is nowhere near where it needs to be for VR. I want to be able to participate in the content I am viewing, not just be a passive observer. That’s what our platform is designed to do.

How about the differences between live VR and post-event VR. Do you see a brighter future in one or the other, or is there room for both?
There’s room for both. Again, it all comes down to the storytelling. It’s not really in either of those formats right now, and it needs to be in both. Storytelling in prerecorded [content] is easier because you have the control over how you want to produce it and [can use] the control to go back and edit the storyline. But, for sporting events and other events where seeing the event when it happens really matters, the charm of it can be lost in a postproduction environment. From my perspective, in sports, live is critical.

But VOD can certainly have success. Our highlights from the Final Four is still getting viewed every single day. We were lucky to be the ones streaming it live in VR for probably the best finish to [an NCAA] Championship Game ever. We lucked out on that one! No question about it. Now, instant replays are great in VR, but you’ve got to be able to produce good live VR in order to produce instant replays as well.

Tell us about your workflows for an event. How are you acquiring content? Do you have a single rig? Do you have multiple rigs that you are cutting between? What is your style of production?
We believe that giving people just one point of view — like putting someone at the 50-yard line of a game — isn’t enough. The action is not always at that location. If you are wearing a headset and looking around and the action is at the other end of the field, you wish you were somewhere else. Sometimes you want to be at the goal line or on the other side of the field. So we put multiple pods on the field, and we allow users to choose where they want to be.

There are a couple of important things here. One, we can do a produced fed and take people where we think they might want to be. But we feel that, if a user really just wants to be sitting down by the players and coaches in VR, those are options and choices we want to give them. All of our cameras are completely synced, down to the frame level. Which means, when you want to do a replay or you pause one camera position, you can pick the action up from another camera at the exact same frame. Our cameras can go down to that level of detail if our viewers want to use it that way. So we provide full multi-POV, synchronized, DVR-capable streams, and that spans across VR, mobile, VOD, everything.