Lawo has reported its first project for the Tibet People’s Radio Station in Lhasa. With Chinese system integrator Infomedia Digital Technology serving as the project’s main contractor, the project began in January 2016 with an extensive order for Lawo mixing and routing technology placed in May, and the aim of networking all of the broadcaster’s on-air studios and dubbing studio using a single, central router. 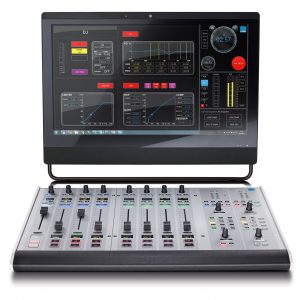 Tibet’s People’s Radio operates in support of the China Central Government, aiming to support cultural and arts activities in Tibet, and to ensure its social and economic stability.

With a Nova 73 HD router core providing 8192 x 8192 crosspoints and providing the hub of the installation, Infomedia is to equip eight of People’s Radio’s on-air studios with a 12-fader Lawo sapphire mixing desk each, and of its 12 dubbing studios with 8-fader Lawo crystal mixing desks. Both the sapphire and crystal consoles support 32 DSP channels.

Both the end-user and Infomedia regards Lawo as the only company to offer the high levels of operational redundancy required, through the use of dual-star router topology involving both MADI and IP hybrid systems. In addition, this leaves the way open for the broadcaster to implement future expansion and upgrades. 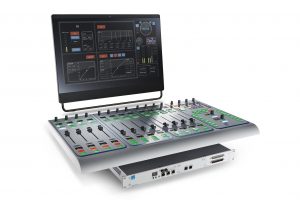 “Lawo is the technology leader in broadcast audio, with high reliability and safety,” an Infomedia spokesperson confirms.

With completion intended for the end of September 2106, Infomedia is currently progressing with installation and cabling, in anticipation of the arrival of the Lawo mixing consoles and routing hardware.