The NFL, like the NBA, has become the trendsetter for broadcast-sports audio in recent years. From wiring players for audio to more-comprehensive on-field sound gathering, the league and the broadcast networks covering it have pushed the envelope — and continue trying to push it further. SVG talked with audio-focused execs from Fox Sports and NBC Sports to get a sense of what viewers will hear this season. 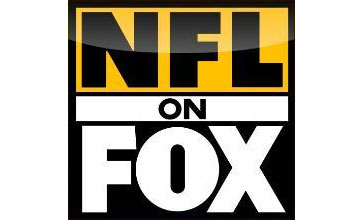 Fox Sports, which will have the Sunday-afternoon games, will field a number of new gadgets, including a new Calrec Brio submix console for the A-game crew, to take advantage of Calrec’s Hydra networking system. And six Klover parabolic mics will be deployed for the A game each week.

“We have been testing additional wireless mics that are in varying degrees of approval across both NFL and college,” says Michael Davies, SVP, field and technical operations, Fox Sports. “Our partners are always very cooperative in terms of trying new things.”

Much of the most exciting audio will come from miked-up athletes, he points out. “The one thing that makes audio absolutely sing in the NFL across all games [are] the NFL Films-provided player mics. Over the years, as we enjoyed this program, it’s become much more something that we can work in with [the] NFL and really harness what that brings to an NFL production. It certainly separates the NFL as being a big, big show audio-wise.”

Fox isn’t resting on its laurels and may pop out a surprise or two before the end of the season, Davies adds. “We also have a few things we’re working on in the [Fox Lab] that hopefully will emerge in due course this season.”

At NBC, this season’s NFL sound will continue its “winning formula with a strong emphasis on keeping all the elements well balanced,” says Karl Malone, director, sound design, NBC Sports and Olympics.

He is just back from supervising the Peacock’s audio for Rio 2016, which, he notes, may have laid the foundations for the next generation of sports-broadcast audio, including for the NFL. Referring to the use of the Dolby Atmos 9.1 mix of the Opening Ceremony, he says, “Atmos for NFL could work well, given the different tiers of crowd that could make the upper-height channels really fill out the upper localization of sounds. This worked very well in the NBC Atmos production of the Rio Opening Ceremony. Even the top crowd-tier mics sent to the ‘quad’ [the four overhead speakers in the Atmos playback configuration] were enough on their own to give a very nice sensation and did not seem fixed to the ceiling. That was an interesting discovery in itself. NFL crowds can offer the same consistent enveloping of the listener when combined with a standard 4.0 crowd ambience, which would appear in front and behind.”

Leading the discussion toward object-based audio, he adds, “The beauty of the developments happening now is that the listener will have the potential to be able to replace the English-speaking announcers with other languages of their choice and not compromise the overall 9.1 ambience mix. The ability to put the QB mic or any mic close enough to hear the calls in the center channel could be nice also. There is a lot of potential, and that is why we wanted to try this in conjunction with Dolby and Calrec at the Rio Olympics. We are definitely moving towards immersive audio for ‘field testing’ in big events, and there will be challenges. But we like challenges.”