As the network prepares to launch a robust fall lineup of unscripted sports programming, Showtime Networks announced that sports executive Chris DeBlasio has been promoted to the role of Senior Vice President, Sports Communications. The announcement was made by Trisha Cardoso, Executive Vice President, Corporate Communications to whom he will continue to report. DeBlasio will continue to oversee the network’s sports media, talent and public relations, sports awards, live event production support and sports messaging, working closely with Stephen Espinoza, Showtimes Sports’ Executive Vice President and General Manager. 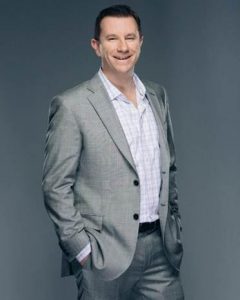 Since joining the network in 2005, DeBlasio has guided the sports PR department as the network’s sports programming has evolved and expanded over the past decade. Today, Showtime Sports is the industry leader in live coverage of world championship boxing, and in recent years has developed a prolific slate of compelling, timely and award-winning sports documentary series and films. Showtime Sports is preparing for the premieres of the ninth season of Inside the NFL, the second season of its unique college football franchise A Season With Florida State Football and a new edition of 60 Minutes Sports, all airing tonight on Showtime. Then, on Friday, October 21, Showtime will premiere One & Done, a documentary film chronicling the timely journey of the NBA’s 2016 No. 1 draft pick Ben Simmons as he approaches his NBA regular season debut.

Under DeBlasio’s guidance, the network executed publicity campaigns for the two highest grossing pay-per-view television events in history including Mayweather vs. Pacquiao, part of a landmark and exclusive six-fight television agreement with the number one pound-for-pound fighter in boxing, Floyd Mayweather. DeBlasio and his team helped bring Strikeforce mixed martial arts organization to prominence from 2009 to 2013, which included the first female main event match up in MMA history, Gina Carano vs. Cris Cyborg. DeBlasio oversaw the launch and execution of the Super Six World Boxing Classic and countless other world championship boxing events on Showtime. Since 2009, Showtime Sports has premiered more than a dozen sports documentary films including the Sports Emmy Award winning A Game of Honor, Kobe Bryant’s Muse and Iverson. Since 2005, Showtime Sports has earned 12 Sports Emmy Awards including honors in three consecutive years for the network’s original sports docu-series All Access.

A graduate of the University of Scranton in Scranton, PA, DeBlasio currently resides on Long Island with his wife and three children.