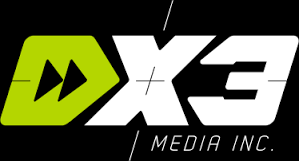 “I was [at CBC] for 29 years; it was great, they were very good to me, and I enjoyed winding down the enterprise that I was in,” he explains. “There were options to remain in CBC, but I said no. I love the industry that we’re in — being in remote production — so I decided to start up my own business. Part of the reason behind that is to provide options… I want to provide options to clients in North America and worldwide for their requirements when they come to Canada.”

“The event went really well last year,” notes Smith, “so we started negotiations this year, and we managed to come to an agreement on a new multiyear deal, which is obviously very important for my business. It is the biggest event we do.”

Working with Program Productions and IMS Productions, DX3 Media is charged with providing the host-broadcast services, including crew, cameras, production vehicles, craft services, and more. More than 60 crew members will be onsite during the event; 21 of them will be camera operators. Of that 21, Infront Sports and Media provides three, along with its own executive producer, director, and director’s assistant.

IMS will provide the bulk of the technical gear, including 20 cameras and its HD5 production truck. Two jib camera systems, supplied by Western Jib, will be incorporated into this year’s plan. RF Wireless Systems will provide all the RF technology and personnel, which is essential in transmitting signals from the top of the mountain to the production compound. More than 40,000 ft. of TACT and SMPTE fiber will be laid in the weeks prior to the event.

Looking forward to the events, Smith says, “I’m thrilled that a one-man band has been able to gain success in such a short time frame to the point where the same client has come back and we’ve agreed on a new multiyear deal. I think that shows a lot.”