UFC has come a long way since its inaugural event in November 1993. Despite once being ridiculed by lawmakers for its event format, UFC has since embraced regulation and taken the mainstream sports landscape by storm, becoming the world’s fastest growing sports property. Today, UFC hosts dozens of events around the world each year, is the world’s largest PPV provider, and owns one of the youngest fan bases in professional sports. 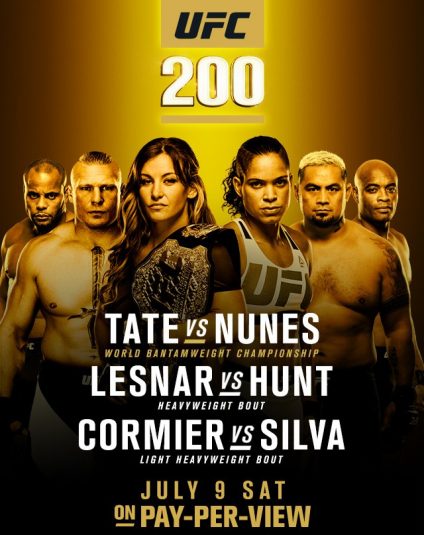 UFC has also continued to expand its international reach – UFC content reaches 1.1B households across 156 countries in 29 different languages. ‘UFC FIGHT PASS’, UFC’s digital streaming service, features more than 8,000 hours of archived content as well as exclusive live UFC content and live events from various combat-sports organizations around the world. It’s for these reasons that the UFC was sold for approximately $4 billion in July 2016 to a group led by the Hollywood entertainment conglomerate WME-IMG, reflecting the potential future growth for the sport and PPV as a whole.

Based on the enormous strides and ever increasing PPV figures the sport now commands, the desire to make a splash on UFC 200 was enormous. This is why UFC elected to broadcast the event in two separate formats; in 1080i and for the first time, in 4K. It was a natural step; 4K is able to deliver a far higher level of immersion to consumers compared to High Definition (HD), creating the potential for a far more realistic experience for viewers. Consumer demand for higher quality content is growing; Ericsson ConsumerLab TV and Media research highlights that 41 percent of consumers say that 4K/Ultra High Definition (UHD) quality is an important TV/Media feature.

Delivering a 4K/UHD experiences to consumers

Over the last three years we have played a fundamental part in the 4K journey. In 2013, for instance, we worked alongside Intelsat, BT Group, PLC, Sony and Newtec to deliver the world’s first 4K end-to-end video transmission of a sports match via satellite. The full multi-camera production was transmitted live internationally via satellite and fiber in a 4:2:2, 10-bit resolution, 4K UHDTV signal at 60 frames per minute, and was displayed live at our IBC Show booth. More recently, we have worked alongside BT Sport to enable the launch of the UK’s first UHDTV channel in 2015, which has taken coverage of English Premier League and UEFA Champions League football to truly cinematic proportions. Through this work, we have significantly enhanced the level of detail, color and depth of image in content delivery.

Yet despite the high level of interest in this standard, the costs of fully 4K end-to-end content creation are still very high. Our industry needs to concentrate its efforts into using the very highest performing compression technology in order to drive even further innovation and greater opportunities for compelling TV experiences. My Ericsson colleague Matthew Goldman, Senior Vice President of Technology, TV and Media Strategy, has been a strong advocate of HDR+; the combination of High Dynamic Range (HDR), Wide Color Gamut and 10-bit sample depth, in order to deliver a greater “wow factor” to consumers.

When HDR+ is implemented, the bandwidth increase over conventional television, incorporating standard dynamic range, narrow color gamut and 8-bit depth is minimal, enabling what he has coined “the best bang for the bit.” As with all successful business propositions, the key to the future success of the 4K/UHD standard will be dependent on the income exceeding the costs. With ever more content being consumed over multiple mobile networks and devices, the opportunities in the space are enormous.’

The future of the viewing experience

As the TV and Media industry undergoes a period of dramatic change, driven by demand for more flexible and personalized TV experiences, we can see the popularity of Subscription Video on Demand (SVOD) and over-the-top (OTT) services continue to accelerate. Indeed, the rise of Comcast’s subscriber numbers, which added 89,000 video subscribers in Q4 2015 alone, and the increase in ARPU for major cable providers affirms that Pay TV remains a key part of the television experience.

July 2016 research from the Leichtman Research Group also highlights that 59 percent of all U.S. households have an OTT subscription video on demand (S-VOD) service from Netflix, Amazon Prime and/or Hulu, illustrating why OTT is becoming a core element within the traditional media experience. As traditional and new media providers converge within this dynamic landscape, the delivery of seamless multi-screen experiences that combine the best quality and content of the Pay TV experience with a user experience that today’s consumers expect from best-in-market OTT services, will become ever more important.

As an industry, we must offer differentiation of services and technology in order to provide a delightful, consistent, seamless and compelling offering to users. To do that, it must be consistent across every managed and unmanaged device, secure, profitable and delivered through a cohesive strategy that engages the viewing public. The future UFC experience demands a service that enables consumers to truly understand the complexities of a UFC fight for themselves, in the middle of the Octagon, to feel the roar of the arena, to grasp the reaction of the coaches and to have the clarity to see every bead of sweat from the headline athletes.