Streaming the Games: LiveU Recap of the 2016 Summer Olympics 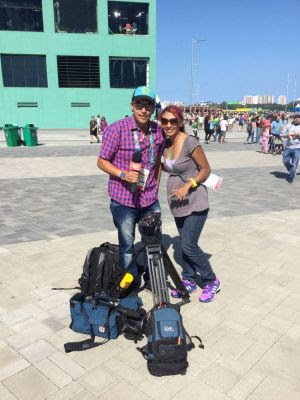 Live video has become one of the most effective ways to stand out and connect with an audience and Rio 2016 exemplifies this change more than any recent event. There is no question that this was the most live-streamed Olympic games ever. It has been reported that NBC alone delivered almost 3 billion minutes of live streaming during the 2016 Rio Olympics. While NBC featured select games from Rio for prime time viewing, they gave online audiences the ability to go online and watch the full extent of sports and competitions round the clock. This gave viewers the freedom to watch what they wanted – how they wanted. But they weren’t the only one’s streaming, or vying for attention with unique live content and news around the games in Brazil.

The technology behind this shift

When planning major live events such as the Olympics, broadcasters would have to jump through hoops and spend significant dollars on technology and resources needed to go live. When we look back at the Olympics eight and even four years ago, the to-do list and budget process was quite extensive. The only way to transmit – if they were not using IP – would be to lease dedicated bandwidth from the site (Sochi, London, etc.) directly to their production facility in their own country. This would entail either leasing private fiber lines for a private, physical link from the remote location all the way home or planning SAT times.

All of these resources were needed to capture most shots from the games and definitely didn’t allow for a lot of creativity – you had to plan where your broadcast or report was set up in order to have this physical link. So being able to run after a story or get more creative shots from the surrounding areas proved too difficult and too costly to perform. The move to Video Over IP and bonding technology over the past eight years has created the opportunity for broadcasters to send more video teams and reporters to cover more at the Olympics and not be confined to a static location with an expensive satellite truck or fiber line.

LiveU’s first key Olympics deployment was at the 2008 Beijing Olympics. At that time, Video Over IP was still in the early days and many broadcasters were afraid the technology wasn’t reliable enough and still wanted to have their satellite connection. For example, the first bonded field unit ever used at the Olympics was the LiveU LU20. At the time, it was considered groundbreaking technology. It supported six cellular modems, but the average uplink speed was only 1 Mbps due to the cellular infrastructure at the time. 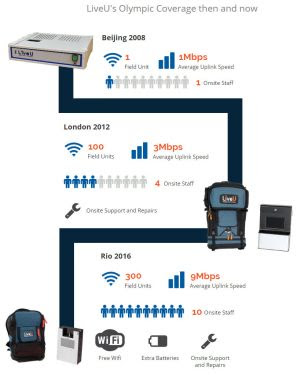 Just four short years later, the move to IP bonding was well underway. Network connection speeds allowed for HD live video transmission at 3 Mbps and LiveU field units provided more flexibility and options. Over 100 LiveU field units were used in London 2012. Instead of leasing dedicated private fiber lines, broadcasters leased bandwidth that could be used for live shots, as well as other uses such as email and file-based workflows. Using LiveU field units, broadcasters could stream direct live shots over the public Internet instead of needing private bandwidth or use their field units to transmit wirelessly from cell networks in-country back to the U.S. or other locations around the world.

Today, LiveU has products and solutions for broadcasters of any size and offers many different options and enhancements including support of new LTE modems.

Customers at the Rio Olympics were not only able to get LiveU encoders tailored for use in Brazil, but also had access to onsite support and could add dedicated Wi-Fi in key locations. LiveU had 75 international broadcast customers in Brazil who streamed almost 6,000 hours of live video in total. This equates to almost 4,000 Gigabytes of data from the 300 LiveU field units deployed at the games. 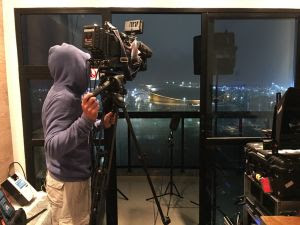 The forecast for live streaming at the next Olympics looks promising. It’s evident from the increase in live content shared and the large viewership numbers that live streaming will play an integral role at the upcoming PyeongChang 2018 Winter Games. Products like the new LiveU LU600 will allow for wireless H.265 HEVC live video transmission, LiveU Solo for one-touch live online streaming such as directly to Facebook Live, and new VR live streaming technologies will bring viewers even more engaging content wherever and however they choose to watch.