Jacksonville Jaguars Rely on TVU for Home-Field Advantage in UK

As the Jacksonville Jaguars prepare to play the Indianapolis Colts at iconic Wembley Stadium this Sunday, its broadcast team needed to find a way to send its weekly pre/postgame coverage to Florida quickly and efficiently. After all, Sunday’s game is technically a home game for the Jaguars, even if it is an ocean away from EverBank Field. 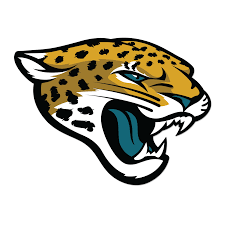 The Jaguars didn’t have to look far for gear that could handle the intercontinental task. Each week, the team relies on TVU Networks to transmit video content, either live to its website and mobile app or to its Jacksonville-based editors for packaging. As the Jaguars prepared to fly to the UK this weekend, they simply packed up the TVU gear, along with a Sony F7 and two JVC cameras, to take with them.

“We use TVU every single day. All the equipment we have has to work when you turn it on, and a big thing for TVU especially is that the boot-up time is really fast and you can get stuff back really quickly,” says Jaguars Executive Producer Patrick Kavanaugh. “It’s been very reliable the whole time we’ve been using it.”

In addition to the Jaguars’ pre- and post-game shows, the team will rely on TVU to transmit the live stream of its radio show to jaguars.com. Because the team will not have WiFi on the flight home after the game, Kavanaugh needed a solution that would enable him to send content from the stadium before boarding the flight.

“We can’t send anything [from the plane,]” he points out. “We have to feed everything back raw for our editor to put together while we’re trying to hustle out of the stadium and get on the team plane.”

The Jags Cinema Group, lead by Senior Executive Video Producer Larry Rosen, will also be making the trip to Wembley Stadium. Because Sunday’s game is a home game, Rosen’s team will be charged with creating a game-day experience that mimics EverBank Field through the use of prompts, hype-up videos, graphics, and more.

Prior to the regular season, the Jaguars used TVU at their practice facility for press conferences, media availability with players, and even the occasional live stream of preseason practice sessions. During the season, the equipment allows the team to shoot press conferences and player interviews in locations where hardline connections aren’t available. In addition to the pre/postgame shows and live-streamed radio show, Kavanaugh’s team will use the gear in a similar way in the UK, including a potential postgame victory speech.