The 156,990 attendees at the record-setting event saw live game statistics, highlights and content controlled by Vizrt graphics and video systems. 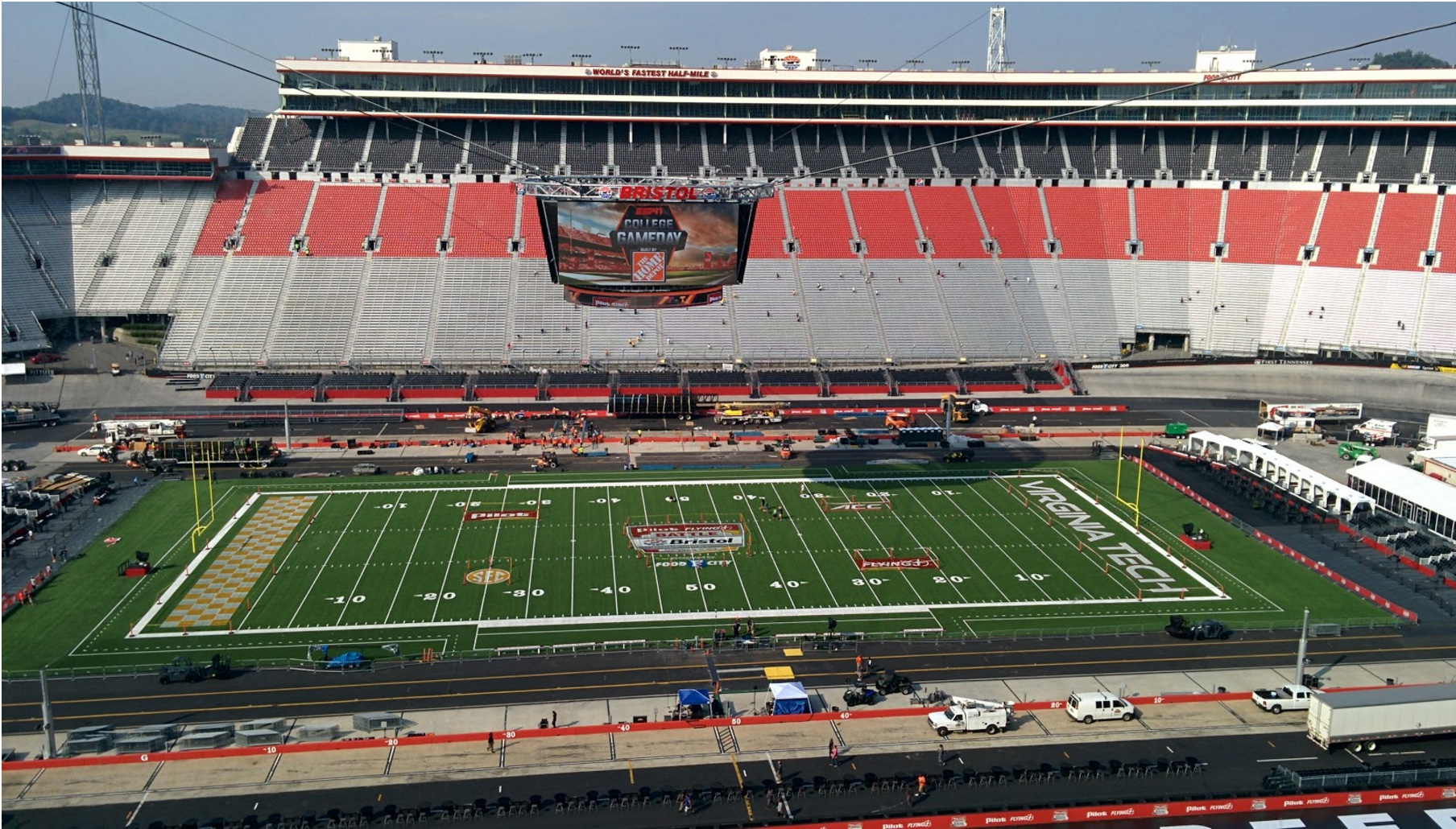 Intent on delivering unrivaled immersive fan entertainment at the Pilot Flying J Battle at Bristol, a college football game between the Tennessee Volunteers and the Virginia Tech Hokies, Bristol Motor Speedway joined forces with Panasonic and Vizrt to deliver a powerful in-stadium experience. Throughout the historic matchup, played on September 10, 2016, the technology of both companies was featured center stage on Colossus TV, the world’s largest outdoor high-definition center-hung 4-sided screen that is suspended over the iconic stadium.

The 700-ton, 4-sided video display features 54 million LEDs and 18 million pixels. Appropriately named “Colossus” and built with Panasonic alongside multiple other world-renowned companies, the structure consists of four 30×63 ft. (9x19m) displays with an additional 6 ft. (1.8m) high circular LED screen suspended underneath. Four ribbon boards are also part of the configuration in the surrounding stadium, above Turn 1 on the northern corner and Turn 4 in the southern corner of the racetrack.

“The combination of Viz Multiplay and Viz Engine gives stadiums a very efficient and powerful tool for driving any resolution stadium display. It’s ease of use makes it ideal for live production in the fast-paced sports environment,” said David Jorba, President, Vizrt Americas.

In addition, the audience was able to see First Down lines and distance markers on Colossus TV inside the stadium, a technology typically reserved for at-home audiences. Viz Arena, Vizrt’s live sports enhancement tool, was used to embed on-field graphics into the live video feed. Viz Arena’s advanced image-based technology allowed the system to directly work off the video feeds without any hardware needed in the stadium, treating fans to the first of its kind in-stadium display.

The graphics package used during the football game was built by Panasonic Xperiences, who has partnered with Bristol Motor Speedway on each of their events since Colossus TV debuted in April, and will feature the same broadcast quality look that the networks rely on Vizrt to deliver.

“We are excited to have partners like Vizrt and Bristol Motor Speedway. This is a world class event, in a world-class venue driven by the best of the best in live venue production”, said Michael Rocha, Director of Content Services, Panasonic Xperiences.