VOKE has announced that it is partnering with media conglomerate Star India, to deliver live sporting events in virtual reality to fans in India. 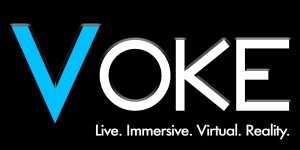 Star India, with its eight Star Sports channels and Hotstar video streaming service, has established itself as the leading sports provider in India. Beginning with the Kabaddi World Cup in Ahmedabad, India (Oct. 7-22), the new partnership with VOKE will allow Hotstar users to experience live sporting events in virtual reality for the first time. All Kabaddi World Cup matches will be streamed live by Hotstar.

“Star India is one of the most iconic media companies in the world and has been focused on transforming sports in India. This partnership will allow them to provide live, immersive virtual reality experiences to their users for the first time,” says VOKE co-founder and CEO Dr. Sankar Jayaram. “The flexibility of our technology platform is unique and enables media companies to reach their audiences across a variety of mediums and deliver personalized VR experiences to all fans like never before.”

VOKE’s live TrueVR stream for the Kabaddi World Cup will be available to Hotstar users on both Google Cardboard and Gear VR headsets. In addition, a personalized, 2D user-controlled experience will also be available for viewers without headsets on Hotstar.com or on the Hotstar app. It is the first time TrueVR content from a live event of this magnitude will be available on multiple headsets and mobile operating systems.

The flexibility of VOKE’s platform is significant and it enables media companies to host the VR content on their own sites and branded applications instead of requiring that it be aggregated on the VOKE VR site. Hotstar users will be able access the TrueVR stream by selecting the Google Cardboard feature in Hotstar’s iOS and Android apps or by downloading the Hotstar Gear VR app from the Oculus Store. Highlights and video on demand content will be available through the same outlets for those who are unable to watch it live.

“We owe our loyal and growing platform users the very best video experience in the world,” says Hotstar CEO Ajit Mohan. “Fans in India look to Hotstar to set the benchmark for video streaming. We are excited to collaborate with VOKE to bring a dramatic new live experience to sports fans.”

Star India has seen explosive growth in overall viewership for its sports programming, especially the Indian Premier League. More than 100 million people followed IPL on Hotstar this season, according to public reports. As the fastest growing sport in India, Kabaddi has also seen dramatic increases in viewership, with more than 213 million people tuning into Star Sports or Hotstar for season three of the Pro Kabaddi League, a 36 percent jump from last year.