For want of a nail, the shoe was lost; for want of a shoe, the horse was lost … You remember the rest of this early introduction into logic. It’s also a useful trope for the role of the headset in broadcast audio: the most intimate piece of wearable tech in the business is the least expensive, most ubiquitous, yet barely acknowledged of any piece of professional-audio gear on the truck or in the studio. Yet entire seasons and careers can turn on what passes through them.

Joe Prout, senior broadcast director, sales, Dale Pro Audio, says most audio professionals look at the basics when evaluating a headset: “audio quality of the mic capsule, isolation from noise into the mic in the milieu they’re mixing in, stability of the boom arm, comfort of the headphones, and isolation in the headphones due to crowd sound and other noisy conditions.” But, by their very nature, headsets tend to be very personal choices, with users vetting their look, feel, and sound quality with varying degrees of emphasis.

Headphones took on widespread cultural significance in 2014 when Apple bought the Beats brand, developed in part by rap star Dr. Dre, for $3 billion. The Apple deal was a culmination of a trend Beats had precipitated when the brand was launched three years earlier, accelerating a mass consumer migration away from now relatively puny earbuds. 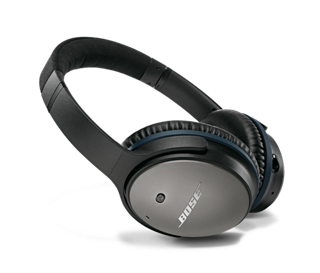 Bose is the NFL’s official headset.

Headphones and headsets (the latter defined by their ability to send and receive audio versus hear-only headphones) have also been at the center of cultural and economic news around sports. In 2014, Bose made news when it became the sole vendor of headsets to the NFL in a deal reported to substantially top the $40 million — and a later $50 million offer — paid annually by Motorola, the league’s supplier for the previous 13 years. That same year, San Francisco 49ers quarterback Colin Kaepernick, who this season has led a growing trend of silent protests during the playing of the national anthem before games, was fined $10,000 for wearing Beats headphones at a press conference in the wake of the announcement of the exclusive Bose/NFL deal. A key tenet of the deal was that all coaches and other sideline personnel would wear Bose headphones, and, although players were not required to wear them, they could not wear other brands in front of cameras.

Headsets may have a narrow range of function, but they also have a variety of types, particularly when it comes to the earpieces. The main types are over-the-ear and on-the-ear; two other formats — ear-hook and in-ear — have gained some traction in professional applications.

Like many sports A1s, Phil Adler, who mixes NFL games among other sports for CBS, isn’t a fan of using a headset while mixing. “Too many people to listen to in addition to the mix,” he points out. But he sees plenty of them in the environment, including low-profile Westone earbud types used by some announcers and by some submixers; parab operators tend to stay with the Sennheiser headsets from the CP Communications production trucks. He says some early-look versions of Sennheiser’s new HMD27 are also starting to show up on announcer podiums.

The odd look of parabolic microphones may pique viewers’ interest, and quarterback communications systems make news when their security gets breached. But headsets have become instantly recognizable icons of broadcast-sports audio, second only perhaps to the handheld microphone as the item on-screen that reminds viewers that somebody has something important to say.