NHL, BAMTech Offer Enhancements for Fans at Home and in the Arena

As the 2016-17 NHL season (the league’s 100th, if you’re counting) gets under way , the league and BAMTech are debuting online enhancements that make watching games more exciting for fans at home and at the rink. These include improvements to NHL.TV and the NHL app, as well as a new app called Arena. 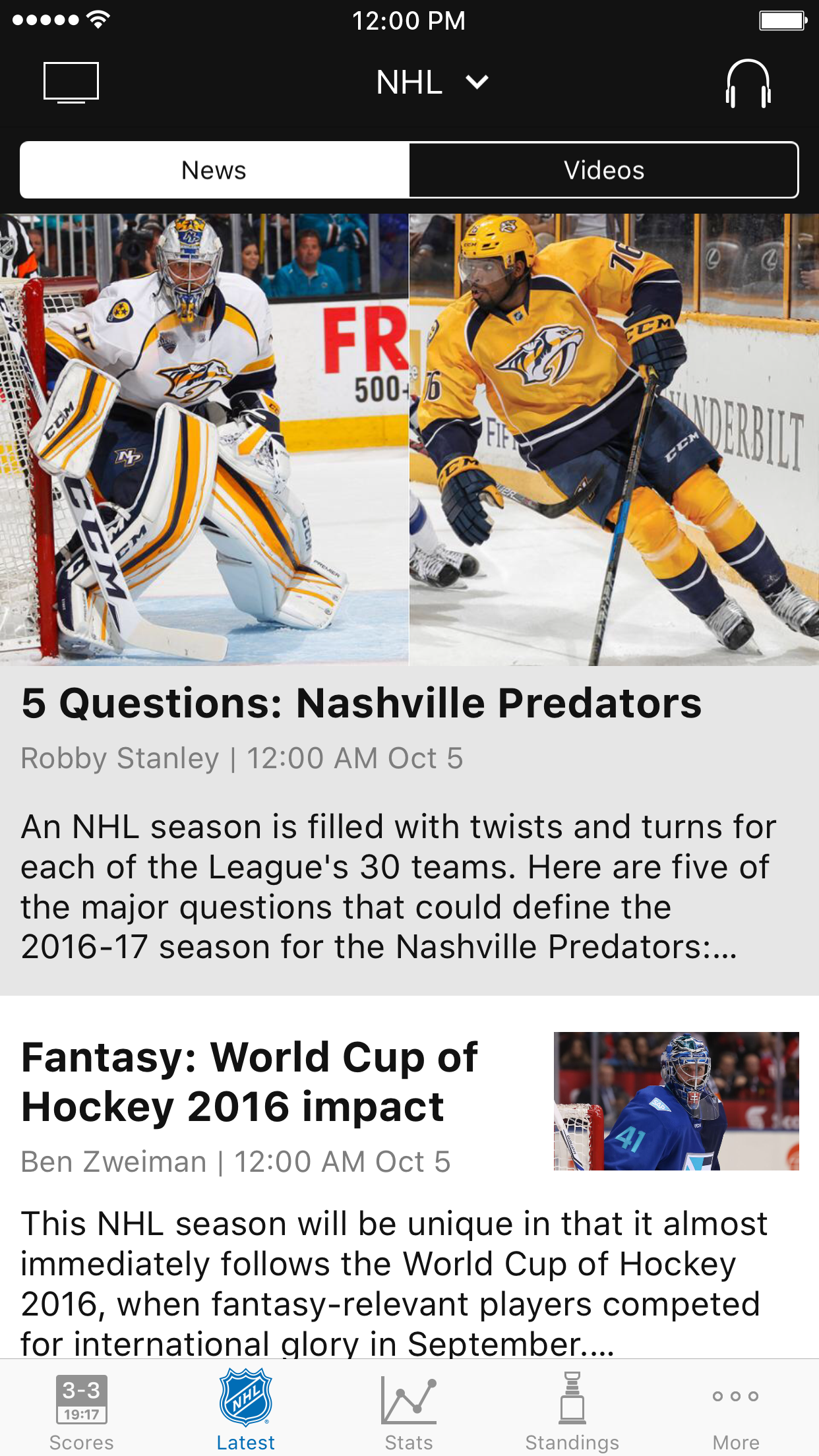 NHL.TV debuted in February after the All-Star break but has gained a few features for the beginning of the season. For starters, fans who watch on delay can tell the service what their favorite team is and that they want to avoid spoilers. Since settings are now synced across devices, fans never need to worry about seeing a final score in advance.

Fans can watch out-of-market games at 60 fps HD on a variety of devices and platforms, including Apple and Android phones and tablets, Roku boxes, the PlayStation 3 and 4, the Xbox One and 360, and Apple’s tvOS using the NHL app.

“We recognize what devices fans are consuming content on, and we want to make sure we are providing access to our games on those devices,” says John Pacino, VP, content strategy, MLBAM. “tvOS was a big upgrade for us this year.”

The NHL’s online viewing experience is better than broadcast, since fans can select the camera angles they want. They can choose either team’s local broadcast talent, see the goalie’s view, or try several other angles. They can even watch four streams at once with the Mosaic view. The Milestone Markers feature lets viewers skim a game, catching only the most important moments. 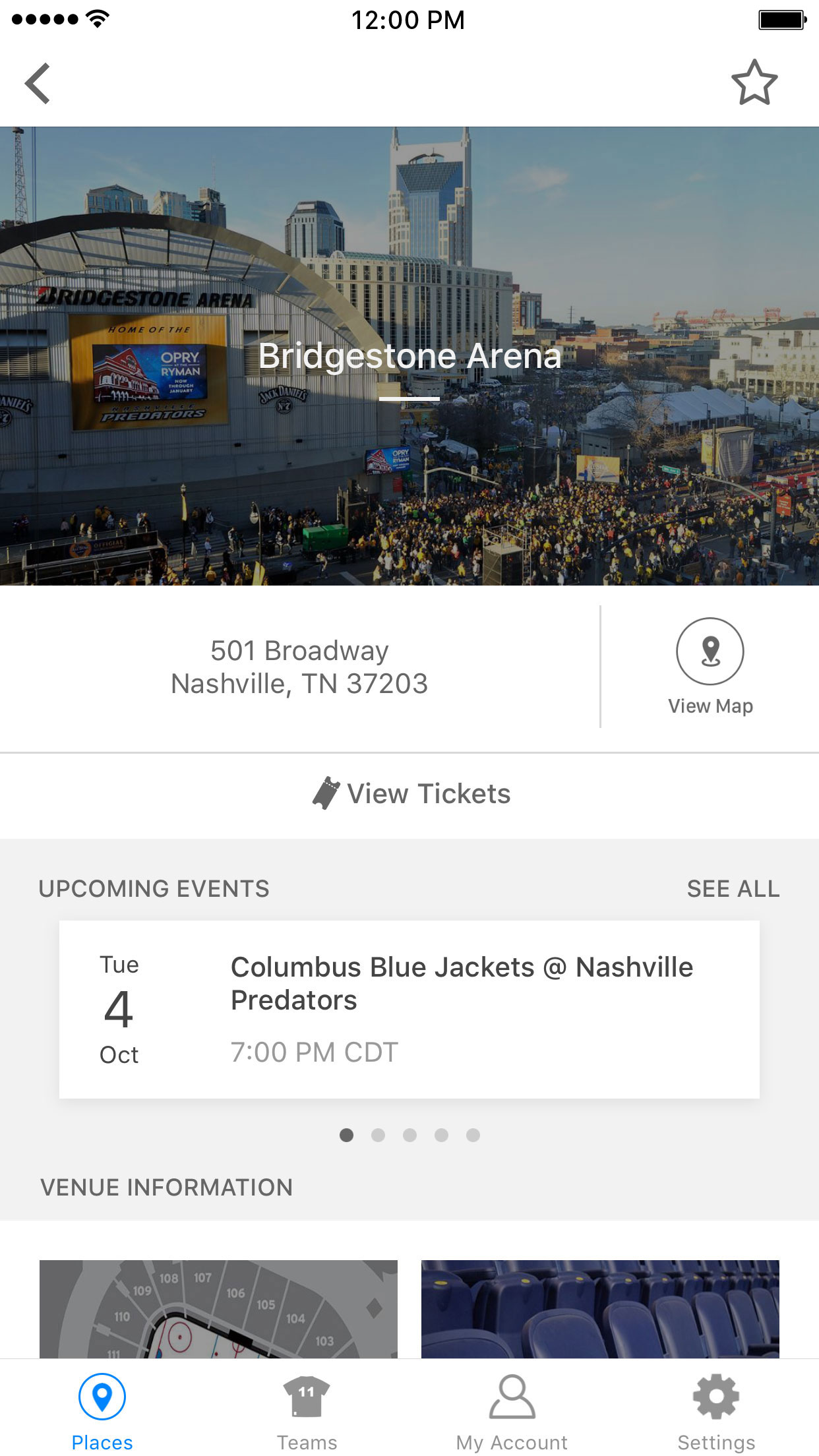 What fans are seeing are the benefits of the MLBAM/NHL partnership that dates to August 2015. Hockey fans can experience the same advanced online-video features that baseball fans know well.

“This is technology that MLBAM has been using among a variety of products, including MLB.TV,” says Pacino. “Bringing it to NHL.TV, we’re able to take the stats that the NHL is producing in the arena and send them to NHL.com and all the digital products, sync them up with Milestone Markers and live game stats, then sync all the information with the video feed.”

The NHL is also spotlighting two mobile apps, one enhanced and one new. The NHL app is now the official app for 25 of the league’s 30 teams. Much of BAMTech’s development efforts this summer have been in refocusing the app to make it a one-stop destination for hockey lovers.

“Instead of the NHL app and the local club app competing for that same fan,” Pacino explains, “we wanted to aggregate our audience and provide content from the club and the league and allow fans to favorite and follow their favorite team.”

Fans can purchase access to NHL.TV through the app or a lower-cost product called NHL Premium, which offers two minutes of viewing per period with no blackout restrictions, final minutes viewing for out-of-market games, and game highlights. Fans don’t even need to have the app open to see how their team is doing.

“One of the fun things we added for fans is team goal horns as a push-notification sound for when your team scores a goal or wins a game,” Pacino points out.

The NHL app offers picture-in-picture viewing on iPad, 60-fps HD video, and a video library searchable by player or keyword.

Although Arena doesn’t offer such features as instant replays, stats, or social features, BAMTech will consider all of that for the young app’s roadmap. The company is already developing a journal feature to help regulars create an electronic scrapbook.

“The journal is a big feature we want to bring out to fans, where season-ticket holders can see all the games they went to,” Pacino says. “Commemorate them with pictures that you take [or] badges that say this game was won or you were at last night’s game when [Maple Leafs’] Auston Matthews scored four goals in his debut, be able to provide a unique experience and track that through a journal, and also see your win-loss record of how many games you’ve been to.”

Although Arena works with only 12 NHL arenas at the moment, Pacino notes that BAMTech will continue to work with others to get them on board and that he expects the number to grow. As MLBAM and the NHL enter their second year working together, expect the innovation they bring to grow as well.