While the sports-video–production industry grapples with challenges of building core aspects of the IP future in broadcasting, the tools in an end-to-end production chain are taking their positions in the starting gates. 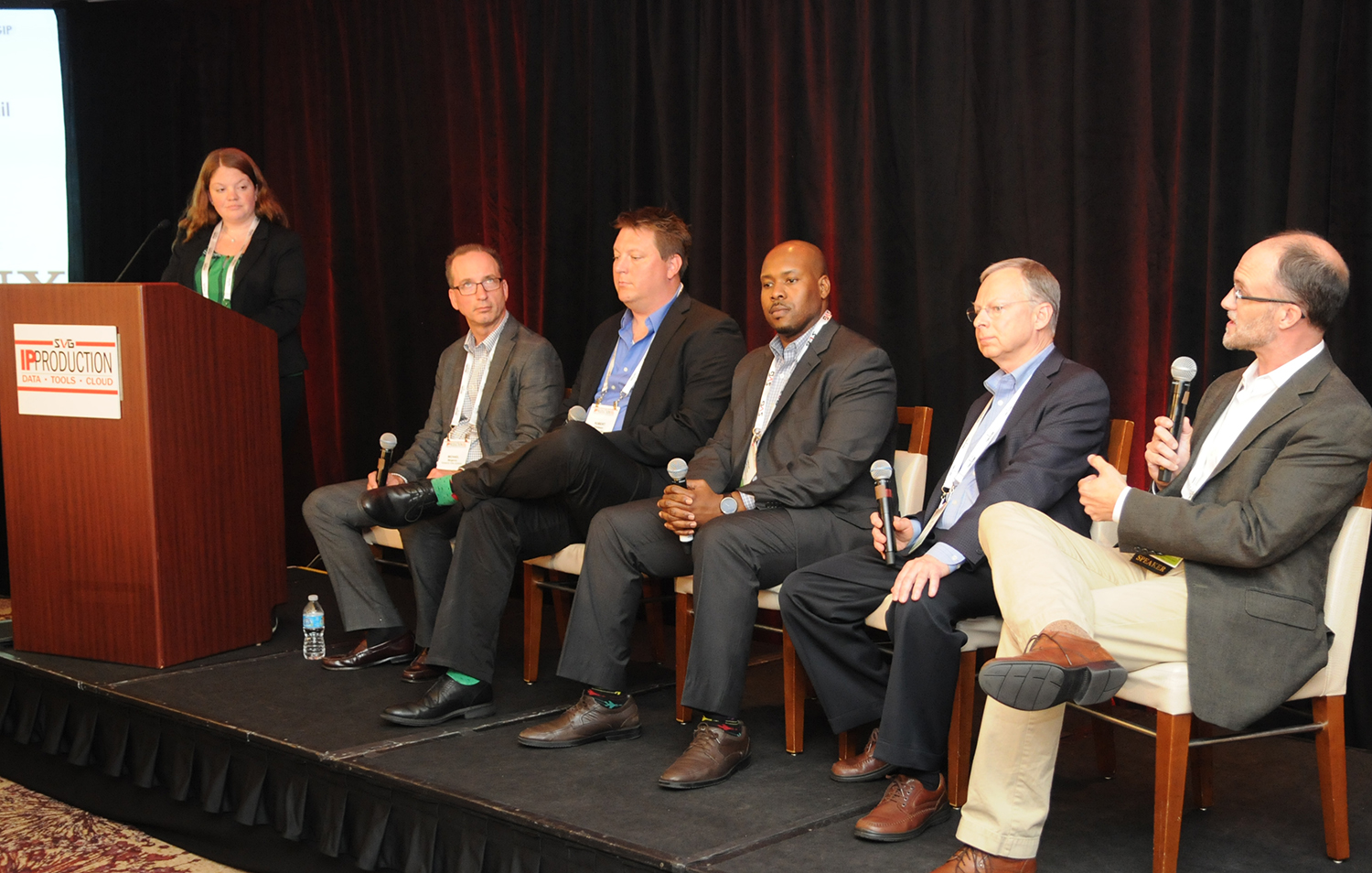 At SVG’s inaugural IP Production Forum in New York City earlier this month, experts for some of the key technology developers in the business gave their take on how growth in the industry is proceeding, and there was a strong emphasis on the need for interoperability between these tools, such as cameras, switchers, and the like. Getting through these growing pains can only be done together.

“The reality that all manufacturers face is that the customers ultimately drive what we need to provide in terms of support,” says John Shike, VP, business development, Americas, Snell Advanced Media (SAM). “Therefore, the customer is going to be using a variety of different cameras, different routing switchers, and infrastructure. So we support all of that. That means, yes, there are compression codecs that we have to deal with and there are different forms of connectivity over IP that we have to deal with, but certainly the advantages to the degree that we can drive forward standards simplifies that for us. That’s one of the reasons that we are members of AIMS and really trying to drive those standards forward. In the meantime, we have ways that we can connect all of these different manufacturers’ systems into our production switchers and into our other equipment.”

While there are still numerous formats (DASH 6, NMI, TR-03, just to name a few) in the industry today, alliance organizations — such as AIMS, ASPEN, the IP Alliance, and others — are attempting to point the industry in the right direction, according to many who spoke on the subject. 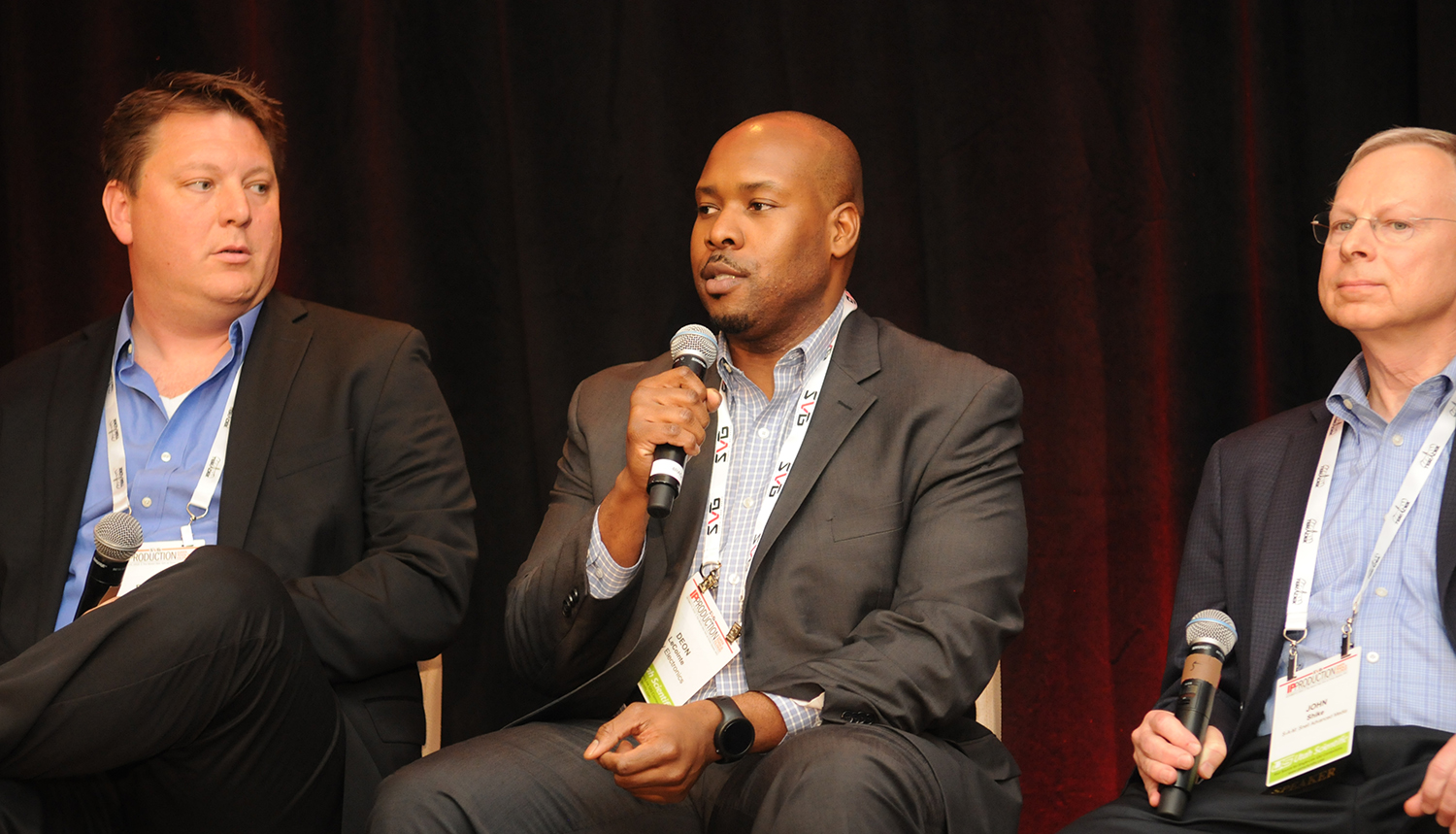 Sony’s Deon LeCointe (center) believes that the industry is in a strong place and headed in the right direction when it comes to coalescing around a single format for IP.

“No one, from a manufacturer’s perspective, wants to get into another format war,” says Deon LeCointe, senior manager, sports and IP solutions, Sony Electronics. “I don’t think anybody has the time, the resources, to do that again. If you are an end user that needs to implement a solution today, you have choices for formats, but what you really want to hear is, how am I future-proofed when a ratified standard — which looks to be SMPTE 2110 — becomes a reality? All of these [alliances] are really a sign that we are moving in one direction and that we understand that there has to be compatibility. I think a lot of manufacturers are putting their pride aside and admitting that, while we brought a format to market, that’s a good solution for today but there are future formats that are coming out that make sense for the overall marketplace.”

The industry is in a position with IP that making a decision today to invest in IP infrastructure does not lock in a format that may someday very soon go by the wayside. The technology is built to evolve.

“That’s one of the valuable points of where we are in the industry: we’re talking about IP and using IP to solve future problems and go forward,” says James Stellpflug, VP, product marketing, EVS. “Regardless of the protocol that you put on that when electing to make a decision today, the expectation is that it needs to evolve with them. That’s what IP allows. It’s not that you find everyone else in every other component that’s using IP is following one gold standard. That doesn’t make sense. IP is the first step in moving to the next evolution.”

The move to rally around one format is also a positive for the industry as a whole and could open up some serious creative potential in the future.

“The context of IP, which is a consensus-building technology, has gotten everybody to coalesce on transport,” says Michael Bergeron, business development manager, systems and networking, Panasonic Broadcast, Cinema, and Professional Video Systems. “I think that bodes well for the future because, when we get to some of these other powerful things that we can add to the IP connectivity of the camera, we can start to have things like common camera-control protocols. In IP, it becomes much easier for us to get those things to work together.”