Musical events like Desert Trip – back-to-back weekend concerts held October 7, 8, 9 and 14, 15, 16 at the Empire Polo Club in Indio, CA, featuring classic rock music royalty – don’t happen every day. Promoted as “the concert of the century,” it generated ticket orders from every continent except Antarctica, with attendees travelling far and wide for a chance to see many of their favorite musicians play live together.

NEP’s Cobalt served as Desert Trip’s mobile production truck, and NEP’s Screenworks supplied three of the large, audience display screens. The event was shot and ISO recorded in 4K, while the screens received a 1080i signal. The full concert will edited together in postproduction. All the content was recorded onto 34 Blackmagic Design HyperDeck Studio Pro 2 disk recorders.

“For acquisition on the Sony HDC-4300 and PMW-F55 CineAlta 4K cameras, we wanted to supply as many 4K lenses as we could,” said NEP’s Glen Levine, Co-President, U.S. Mobile Units. “10 of the 14 cameras used during Desert Trip had 4K lenses. FUJIFILM was a huge help supplying seven of the 4K lenses used. Two of the 4K lenses were UA107x8.4 4K UHD lenses. That lens looked outstanding.”

In addition to the two FUJINON 107x’s, NEP also had one UA80x9 4K 2/3-inch lenses, along with three UA22x8 and one UA13x4.5 4K 2/3-inch UHD portable zooms on Cobalt. The two UA107x lenses were positioned at center house and center tower. The UA80x lens was placed off stage right, the UA22x lenses were used directly on the event stage, and the UA13x4.5 was on a jib device.

“We greatly appreciated the support from all the folks at FUJIFILM in helping us produce such a high-quality show. We’re all looking forward to seeing the final edited version of this historic concert.” 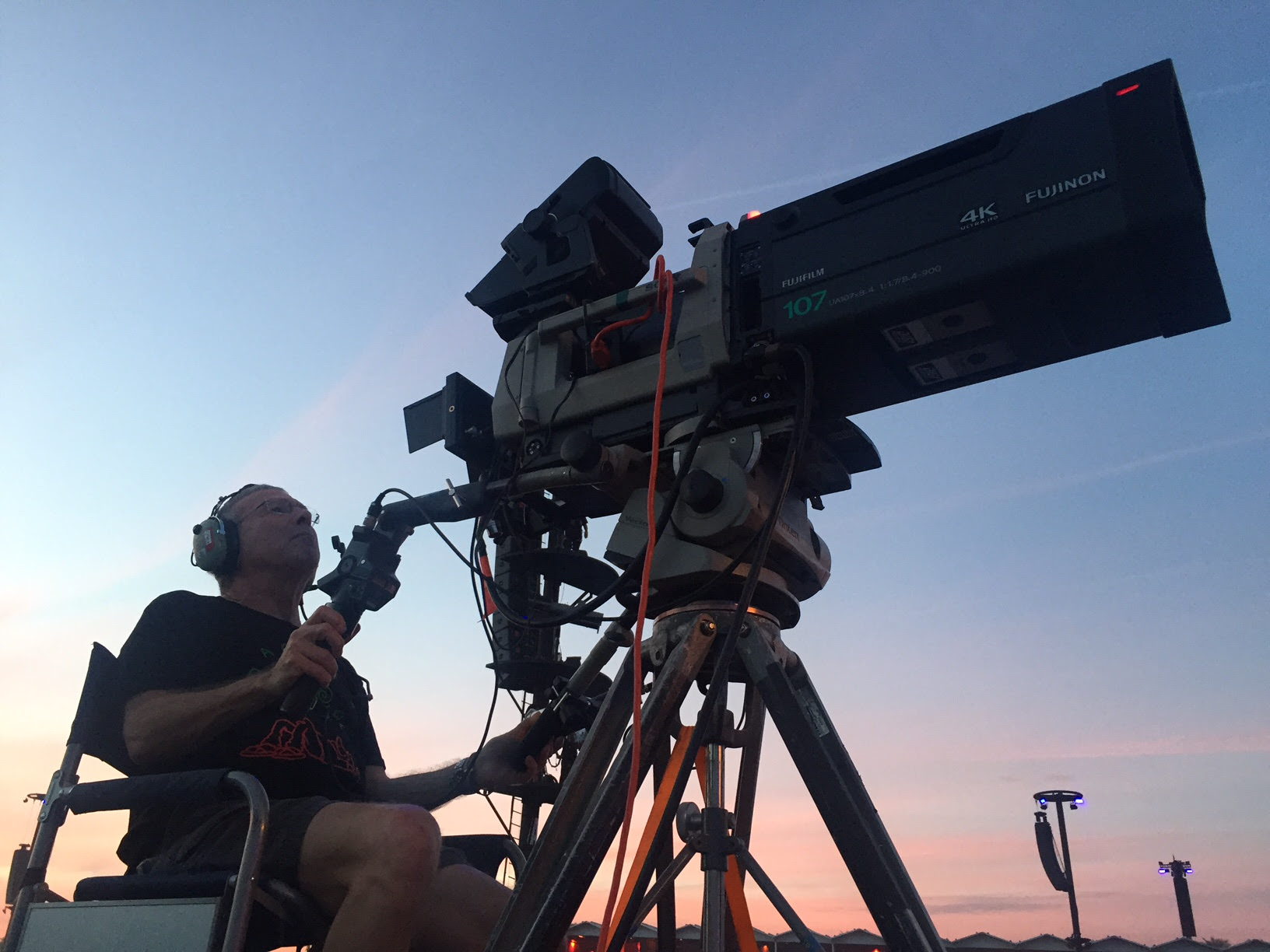 Of the bands that performed at Desert Trip, those currently on tour all use FUJINON lenses for in-venue production. Among the lenses on tour include: XA99x8.4 ultra-wide field production lenses, UA22x8 portable zooms, and ZA12x4.5 wide-angle remote control lenses.

“Fujinon is proud to have supplied our 4K UHD lenses to NEP – a company that’s captured some of the greatest moments in entertainment history, including the Desert Trip,” said Gordon Tubbs, Vice President, FUJIFILM Optical Devices Division. “We look forward to an equally exciting future and to pushing the boundaries of live video production even further in partnership with them.”

NEP has utilized FUJINON lenses extensively in the past, including for Grammy Award telecasts, production of the hit show “The Voice,” the Masters Golf Tournament and “CBS Thursday Night Football.”