The PGA TOUR continued its commitment to growing the game of golf in Asia with the formation of an office in Tokyo and the hiring of Masashi Ishii as Vice President and Managing Director. Ishii, a Japan native, is a well-known sports executive who will guide the PGA TOUR’s Japan office’s activities as it increases the TOUR’s business efforts in the country and region.

Ishii previously had been serving as President of the Jupiter Golf Network since 2010, overseeing all aspects of that company’s golf entertainment distribution. Jupiter Golf Network, a PGA TOUR rights holder and broadcaster of PGA TOUR tournaments for more than two decades, is the flagship channel of Jupiter Telecommunications Inc., a company where Ishii has worked for the last 15 years. Prior to joining Jupiter Telecommunications, Ishii coordinated broadcasting rights for golf and tennis properties for IMG Media between 1996 and 2001. 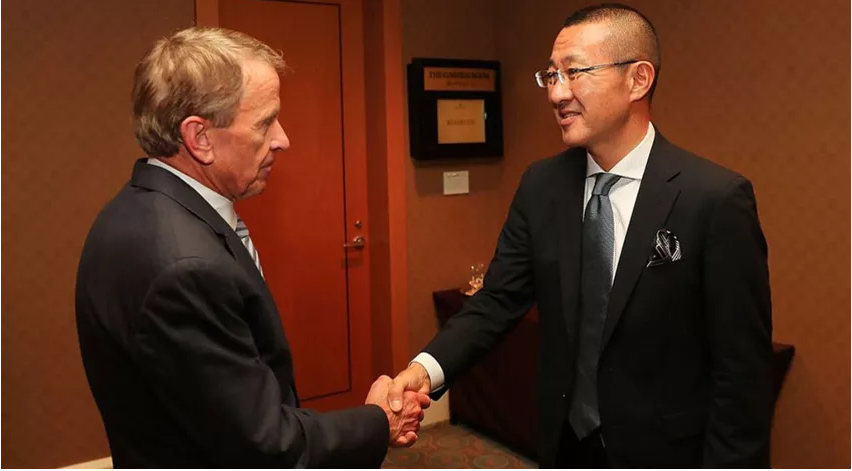 “Japan has always been an important market for golf, and the PGA TOUR sees this as the right time for us to increase our commitment in a country that is rich in golf tradition,” said PGA TOUR Commissioner Tim Finchem. “We have been involved in Japan with our television rights for a long time, and several of our partners are Japanese companies. When we look back on the 2001 World Cup at Taiheyo Club in Gotemba City, we consider it one of the great successes we’ve enjoyed in Japan. With golf’s return to the Olympics, and the Summer Games scheduled for Tokyo in 2020, this is an ideal time for us to continue working with all our stakeholders as we grow golf in Japan.

“Bringing in Masa is an important first step,” Finchem continued, “and employing his expertise to oversee our efforts is a critical part of what we’re trying to accomplish. I am thrilled that Masa has agreed to guide our team in Japan.”

With the opening of this office, the PGA TOUR will also work closely with the Japan Golf Tour Organization as the two tours continue to help strengthen the game in Japan.

Ishii will be involved with all aspects of the TOUR’s International Business Affairs and Global Commerce groups, consulting across their functions, including International Media, Retail Licensing, Sponsorship and TPCs, among other areas.

“I am excited to join the PGA TOUR and get to work in my home country,” said Ishii, who played professional golf for five years after graduating from Campbell University in the United States (North Carolina), where he was a member of the school’s golf team. “Undoubtedly, I see the potential of tremendous growth of golf in Japan. I look forward to getting started.”

The PGA TOUR already has existing media and business relationships in Japan. PGA TOUR tournaments broadcast on Jupiter Golf Network and NHK weekly reach 26 million homes, expanding to as many as 52 million homes 12 weeks of the year when NHK offers tape-delayed coverage on its free-to-air channel. PGA TOUR Champions and Web.com Tour tournaments are also televised in Japan, along with select ancillary programing.

This office announcement further solidifies the TOUR’s commitment to Asia. A week ago, the PGA TOUR Champions announced a new event in Japan—the JAPAN AIRLINES Championship at Narita Golf Club. This will be the first official event in Japan for the Tour that features players ages 50 and older. Last year, the TOUR hosted a highly successful Presidents Cup in South Korea, and on October 24, the PGA TOUR announced the CJ Cup, an official-money event scheduled for South Korea, will be added to the 2017-18 Regular Season schedule. Last week the TOUR held the CIMB Classic in Kuala Lumpur, Malaysia, for a seventh time, and this week in Shanghai, China, the World Golf Championships-HSBC Champions is taking place. The PGA TOUR’s international development Tour, the Ping An Bank China Tour – PGA TOUR China Series, concludes its third season in late-November, and next week, the Series will hold its first official tournament outside Mainland China, the Clearwater Bay Open in Hong Kong.

In addition, the PGA TOUR will continue as a supporting organization of the International Golf Federation as Japan prepares for the 2020 Summer Olympics in Tokyo. Kasumigaseki Country Club is the host venue for the men’s and women’s golf competitions, and as it did in Brazil at the recently completed Summer Games in Rio de Janeiro, the TOUR will assist in the planning and operation of both the men’s and women’s competitions.