“Make decisions now and deal with the consequences later. In production, when you’re 10 seconds to air and there’s an issue, you have to make a decision and rely on the fact that your skills will help you make the right one.” 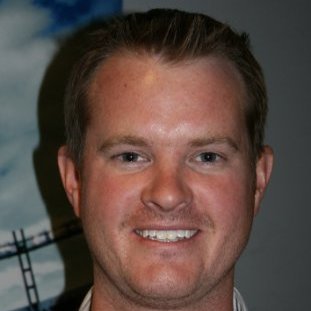 That’s what Chris Connolly, director, transmission engineering and maintenance, NBC Sports, has done throughout his career to achieve success everyday.

Connolly started off in the sports field at age 14, working weekends at a golf-course shop. He then went on to work for the television station in his hometown and continued his love for sports and video by working for the video department in the Athletics Department at the University of Colorado during his time as a student.

“I’ve always been interested in sports. The more I got into TV, the more I realized I just didn’t want to be in news,” he laughs.

After working in sports for many years, Connolly found his way to NBC Sports in 2013, about the time Comcast purchased NBC. He had heard about the creation of NBC Sports Network and its growth opportunities. Since joining NBC Sports, he has faced challenges alongside his success.

For a company as big as NBC Sports, the sheer volume of content presents a challenge that Connolly and his team need to constantly overcome as they work to ensure that all the engineering and production teams are coordinated.

“The Olympics required a great deal of coordination in a very short period of time between the International Broadcast Center in Rio and our facility in Stamford,” says Connolly, “We presented 6,700 hours of coverage across the networks of NBCUniversal and our digital platforms in less than three weeks, which exceeded any Olympic production effort in history.”

Since joining the sports-media industry, Connolly has witnessed many changes, including a dramatic increase in bandwidth availability from sports venues. These advances have enabled NBC Sports to file-transfer footage electronically, rather than having to physically carry disc drives between facilities and within edit rooms at home base in Stamford.

When it comes to mentors who have helped Connolly throughout his career, Dave Mazza, SVP/chief technical officer, NBC Sports Group and NBC Olympics, comes to mind first.

“He is definitely a guiding light at NBC and has a very good, holistic approach to everything,” says Connolly. “He’s very mild-mannered in his demeanor, which comes across in a lot of the people here.”

Along with Mazza, he also looks up to his father and grandfathers.

“Without them guiding me in school and through life, pushing me to be my best but letting me find my own path, I would not be where I am right now,” he says, “Even though both my grandfather are passed, what they taught me is still fresh in my mind. They were a part of the greatest generation, and it shows.”

Being married with three kids keeps Connolly busy while he’s not at work — especially since they are a family that loves the outdoors. “We’re big skiers in the winter and love being outside in the summer.”

Though living on the East Coast, Connolly and his family sneak off to Colorado, where he lived for 15 years, to conquer the slopes any chance they get.