Fox Sports, SI Team Up for Live @ the World Series on Facebook Live

FOX Sports Digital and Time Inc.’s Sports Illustrated are teaming up to co-produce a new slate of live pre-game Facebook Live shows from the 2016 World Series. The“Live @ the World Series” series (presented by State Farm) began with Game 1 in Cleveland and has streamed live from the FOX Sports set on location at either Wrigley Field or Progressive Field prior to each game. 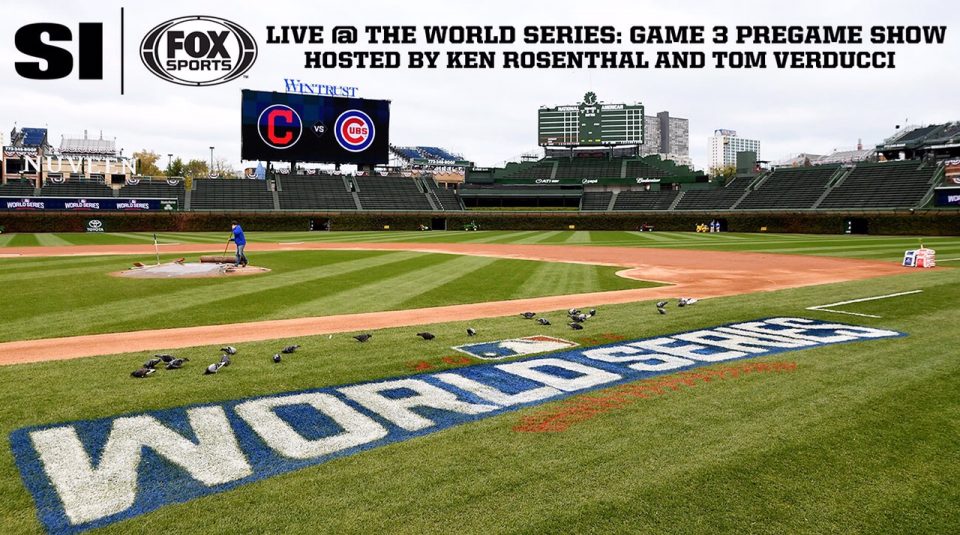 The show features some of baseball analysts from the SI and FOX Sports teams— Ken Rosenthal and Tom Verducci — along with other a-list commentators and special guests as they break down the latest news, provide in-depth analysis and preview the big storylines for the upcoming games. FOX MLB on-air team of Joe Buck and John Smoltz have also contributed.

The new production is part of a larger partnership between Sports Illustrated and FOX Sports Digital, which recently joined two of the most powerful voices in sports to create a massive digital network, positioning it among the very top in its category.

Episodes will continue to air live on the @MLBonFOX Facebook page and will be shared across various FOX Sports and Sports Illustrated Facebook channels, reaching a combined audience of 13.5 million users. The programs will also be available on SI.com and FOXSports.com, and select video clips from the shows will be published across the partners’ digital and social platforms throughout the series. In addition to live coverage from the FOX Sports set, “Live @ The World Series” presented by State Farm features in-depth pre-produced packages and reporting from SI’s team of award-winning journalists, offering unique insight and storytelling around the championship series.

This new collaboration around the World Series is the latest initiative from SI and FOX Sports Digital to set up and drive in real time the deepest and most important conversations in the sports world. Recently, the two have joined forces for special video productions around the MLB postseason and college football rivalry games. Major League Baseball’s 2016 World Series is televised live on FOX.