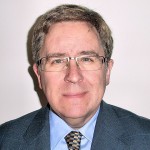 His first foray into the media business was as a radio DJ in his hometown of Elmira, NY. During the summers and college breaks, he was the overnight man at a local country-western station. Though not exactly a fan of country music, he enjoyed his time with the late-night audience, “the owls who live and work in the wee hours.” The station also let him fix things, because engineering was his ultimate goal.

After college, David started in the satellite business working for RCA Americom, where he designed and built satellite earth stations all over the country, providing long-distance voice, data, and broadcast-video links. He subsequently went to work for ABC-TV for 14 years, mostly in engineering. When an opening for an operations position at CBS-TV became available, he was ready to move to a different environment.

Having oversight of the CBS Transmission Center and CBS’s Affiliate Engineering, David faces many challenges, but the hardest has been rebuilding CBS’s internal transmission-control facility, whose technologies the company is currently upgrading.

“At this point in my career,” he says, “I have a significant input on the process, which makes it both challenging and rewarding.”

The transmission industry has changed quite a bit since he started out, mostly with its evolution from standard definition to high definition. In addition, the industry’s technologies of compression and modulation have evolved, and vendors are offering equipment with a higher level of sophistication.

“As technology advances,” he points out, “it makes things more complicated, but you can do more things with it.”

In the coming years, David, like most, expects the industry to migrate to higher picture quality and multiple distribution platforms. However, he believes preservation of over-the-air broadcasting is important as well.

“People talk about whether broadcasting is valid anymore, and, since CBS is a broadcast company, we’re expecting to see some challenges as the business evolves in the future,” he says. Despite these changes, he believes that future upgrades can work symbiotically with broadcasting, offering multiple platforms for media consumption.

“At CBS, working in operations, you recognize [the value of] the capabilities of the teams you build,” he says. “I went to business school at Fordham, and one of my professors emphasized that ‘talent is a scarce resource’ as a key takeaway. Finding good people to continue the work in our industry is a challenge to all of us. The media business needs engineers and operators who can work in the universe of change we find ourselves.”

He looks to play a more direct role in development of talent to solve this need.

When not at work, David spends a good majority of his time working on the television operation he set up for his town. The community received funds from the franchised cable operators but had never used them. So, working with town officials, he converted a boardroom into a studio so that public meetings could be recorded for live broadcast on a designated cable channel and posted to YouTube to enable residents to see their town leaders in action. On many nights, he records town events/meetings.

“It’s my chance,” he explains, “to exercise my creative skills at putting together a relevant and interesting documentary of the town’s business.”