Russell Gabay of MLB International Unexpectedly Passes Away at 59

Long-time sports-production executive and SVG Advisory Board member Russell Gabay, whose career began in 1979 at ESPN as an ENG editor, included a six-year stint at HBO as director of East Coast Production and, for the past 20 years, saw him serve as VP and EP for MLB International, died on Saturday at the age of 59. He is survived by his wife and two daughters. 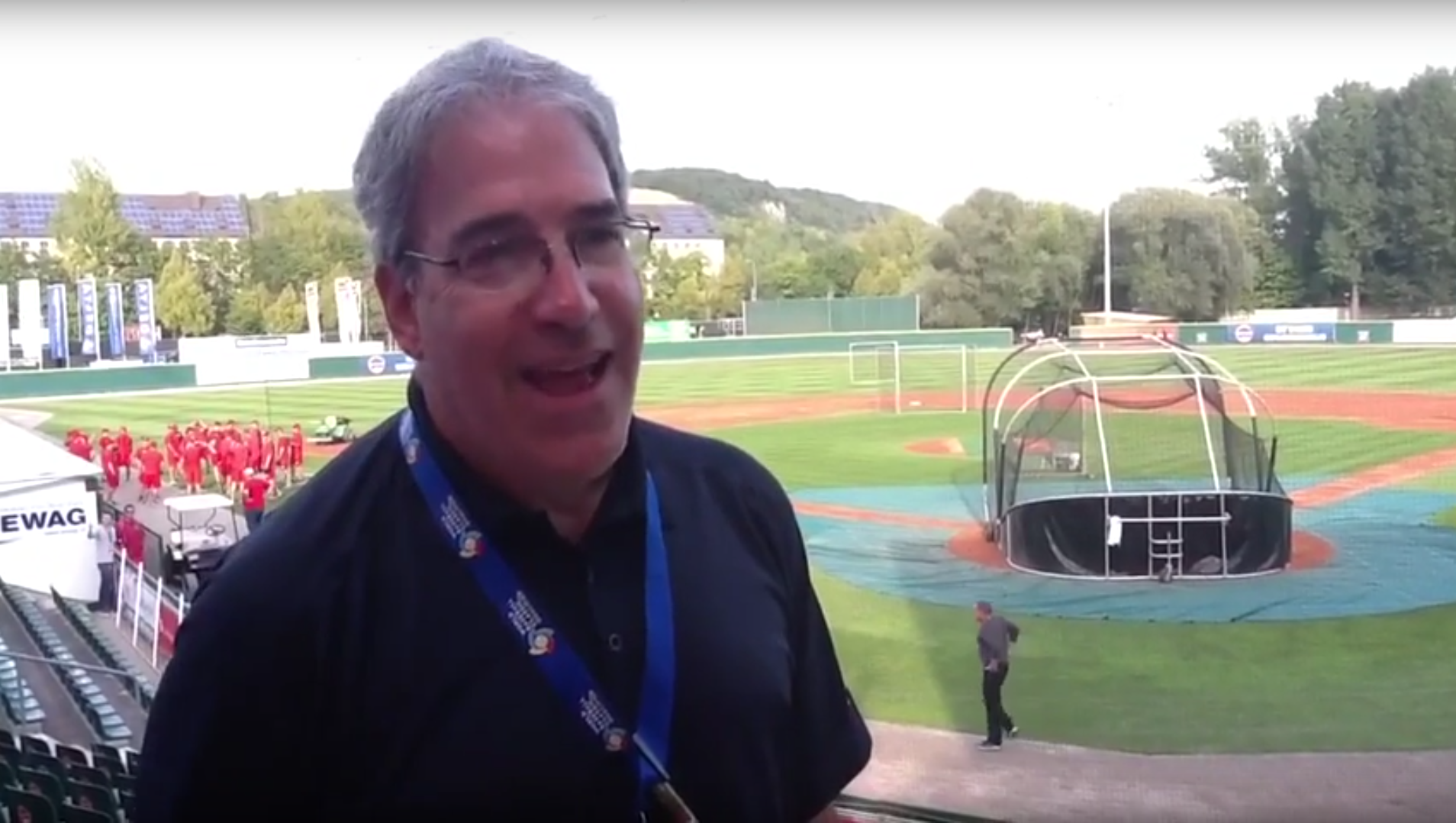 Russell Gabay brought boundless enthusiasm to not only his work but all around him while working for MLB International and serving on the SVG Advisory Board.

“There are few more dedicated and passionate about baseball television production than Russell,” says Susan Stone, MLB Network, SVP, Operations and Engineering. “He devoted his career to increasing the popularity of the game both internationally and domestically and it’s fitting that the final event of his career was the historic World Series win by the Chicago Cubs. All of us in the MLB community will miss our colleague and his infectious enthusiasm for the game, but as dedicated as he was to baseball, Russell was first and foremost all about his family. Our thoughts and prayers are with Russell’s wife and daughters, Liz, Sydney and Samantha.”

Among his accomplishments in his 20 years working on MLB productions was his work on the World Baseball Classic, an event that has grown in stature around the world. Gabay’s vision even led to technological deployments of virtual ad technology as the productions were able to insert different ads to be served out to different parts of the globe. And all of those productions of MLB games from countries outside of the U.S.? Gabay was at the helm, working with local rights holders, production crews, and more to make them a top-notch broadcast.

Gabay’s career began in 1979 at ESPN, following his graduation from the University of Hartford. He would spend six years as an ENG Editor/Photographer and Engineer for six years working on programs like “SportsCenter,” weekly studio shows, and on-location shoots at major sporting events. In 1985, he was promoted to Operations Producer where he oversaw more than 100 live remotes per year and supervised all crews and mobile unit personnel.

In 1986, he left ESPN and joined HBO as director of East Coast Productions where he would manage TV productions for a variety of sports and entertainment projects, including World Championship Boxing, Inside the NFL, Wimbledon Tennis Championships, Comic Relief, and concert broadcasts.

In 1992, he was also broadcast manager for boxing and baseball for NBC Sports at the Summer Olympics, where he also served as liaison with the IOC and other international Federations.

“Russell was an entertaining, energetic, caring individual,” says Ken Aagaard, CBS Sports, EVP, Innovation and New Technology. “His passion for his work was only equaled by his compassion for those he worked with. He was always trying to come up with new and interesting ways to make a show better and showed the same enthusiasm when it came to helping people in need, which is why he was instrumental in the success of the SVG Fund. Whenever I think of a Russell I will always have a smile on my face. He will be missed.”

While running Park & Power he also served as Coordinating Production Manager for The Baseball Network where he coordinated live telecasts of “Baseball Night in America” with ABC and NBC Sports and also assisted MLB International in delivery of both live and taped programs. It was that role that led directly to his 20-year stay at MLB International and also coincided with Fox Sports snagging the rights to MLB and the World Series.

“I started working with Russell shortly after that,” says Jerry Steinberg, former Fox Sports, Senior Vice President of Field Operations. “The thing that connected us was that Russell had the same passion and love for this business that we all have. He loves the business and loves the people that make it what it is. I talk in the present tense because I believe that the body breaks but the spirit lives forever! So Russell will be with us in some truck, or some compound, someplace, always.”

“Without Russell’s constant support it is safe to say that SVG would not be the organization it is today, as he always believed in our mission,” says Ken Kerschbaumer, SVG Co-Executive Director, Editorial Services. “As anyone who had the pleasure of working with Russ knew, he was always one to offer up honest and passionate feedback that was designed to get the most out of people and make any of the organizations he worked with better and more vibrant. SVG has lost more than an advisor: it lost a mentor, a friend, and a confidant. His loss has impacted the entire organization but we will honor his legacy by continuing to help those in need via our fund and look to help our members and the industry be ready for the changes ahead.”