Inside 60,000 sq. ft. of compound space dominated by the Game Creek Video fleet

Raymond James Stadium is no doubt a gorgeous stage to host a big-time football game, but, compared with the first two sites of the College Football Playoff National Championship Game — AT&T Stadium in Dallas and University of Phoenix Stadium in Glendale, AZ — it’s a much smaller, older venue. 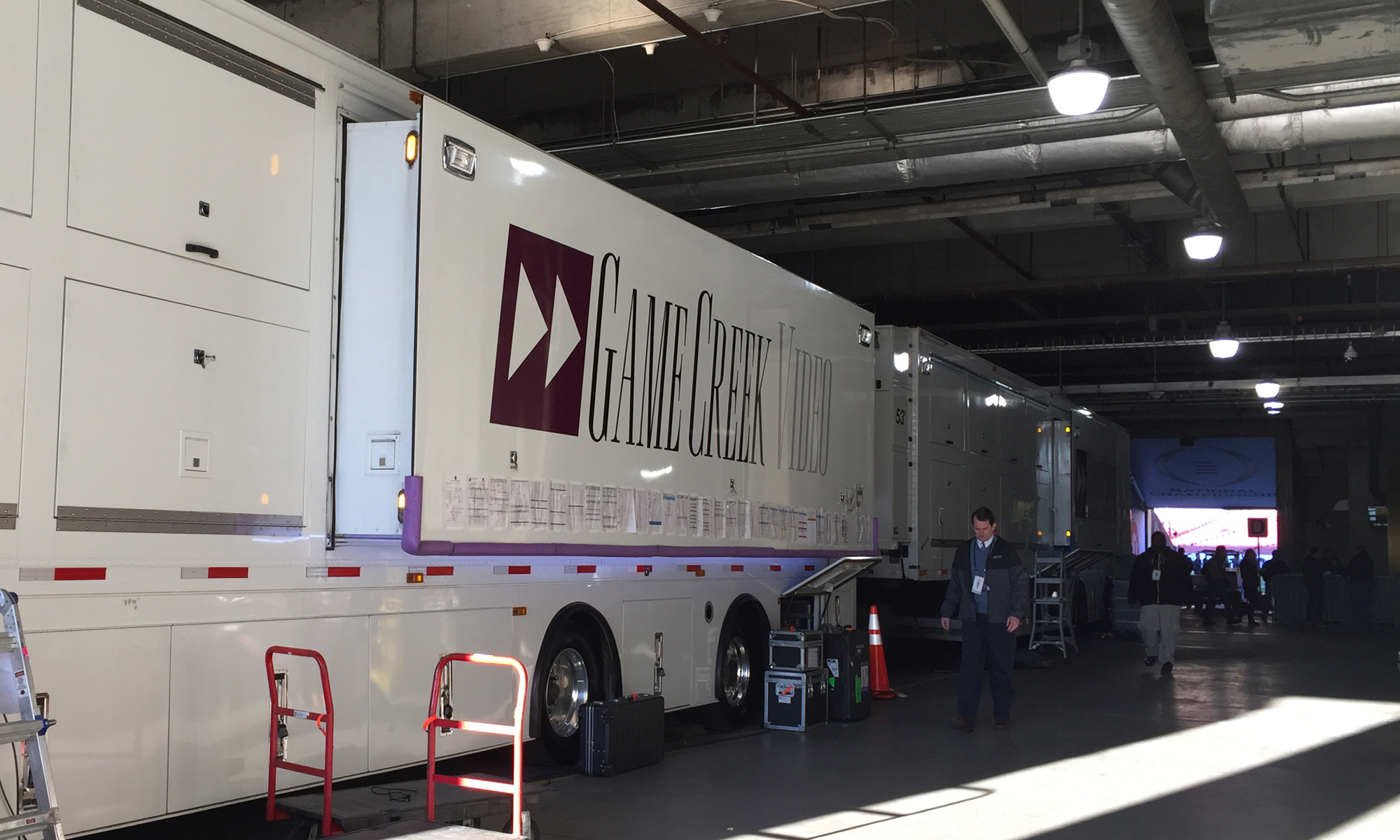 To supplement the cabling capabilities of the venue and its surrounding areas, ESPN has worked closely with the Tampa Sports Authority to help augment the cable offerings in and around the building, running more than 15 miles of its own fiber to make possible the game production and supplemental studio programming in and around Raymond James Stadium.

It’s no surprise that the venue limitations did little to discourage ESPN from rolling in with as big a footprint as ever, occupying more than 60,000 sq. ft. of compound space, as well as activations and a large stage for SportsCenter and various musical artists throughout the Championship Tailgate area just across the parking lot from the south end of the stadium.

The ESPN production is anchored by Game Creek Video’s Spirit, which houses the producer, director, TD, and main production crews for the primary game production on ESPN. Alongside Spirit is Game Creek Video’s Maverick, which produces one of the MegaCast offerings available from ESPN and also plays home to the replay room, where a staggering 35 replay machines feature 116 channels of EVS and 64 channels of Evertz DreamCatcher. 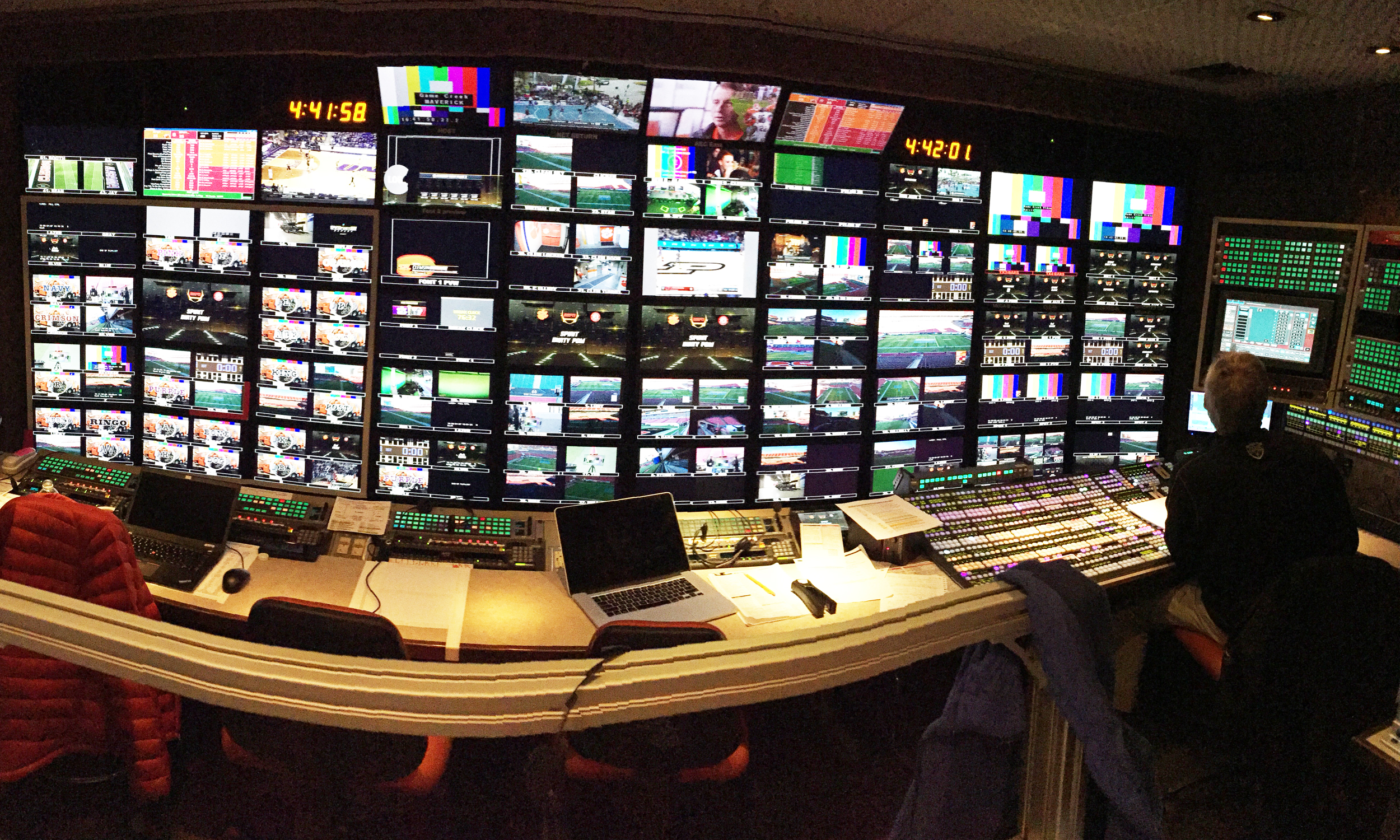 Inside Game Creek Video’s Spirit, home to the main game production of the CFP National Championship on ESPN

With the MegaCast’s many supplementary productions going on, the transmission layout is also mind-boggling for a single event. There are 61 transmission paths (41 leave, 20 return) coming in or out of Raymond James Stadium, supporting the programming and ESPN broadcast centers across the country (Bristol, CT; Charlotte, NC; the Los Angeles Production Center).

ESPN is also receiving connectivity support from Creative Mobile Solutions, which is providing on-location replay-network support, bidirectional high-speed transfers to/from Bristol for College GameDay and trucks in the compound, and ingest/transcoding and quick turnaround of ENG footage for use onsite and in Bristol and other production areas.

The ESPN crew onsite in Tampa is impressive, with well more than 200 staffers working the game. Many of them have worked very busy college football seasons throughout the year, and nearly all came together to produce this game just a week after working one of the semifinal games on New Year’s Eve.

So, although all of the gear and infrastructure are impressive, John LaChance, director, remote production operations, ESPN, knows that none of it matters without a smart, dedicated, and passionate crew.

“Considering that tight time frame, it’s really a testament to the technicians we have out there, to the vendors that we have out there, to our staffers,” he says. “It’s so memorable for me to watch these guys and girls work seamlessly as if they have had nothing else but a month of dedicating to this event. I am proud of what they have done. It’s something I really admire.”