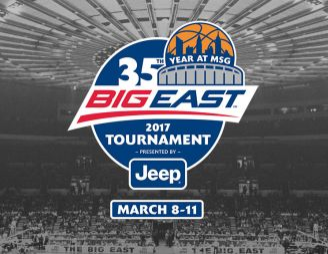 The production will feature user-selected views, with two basket and two foul-line cameras as well as original 360-degree tournament content, all managed from the Fox Sports VR app’s Virtual Suite. There also will be a live “director’s cut,” which automatically moves viewer’s vantage points around the court to keep them on top of the action. After the game, viewers can tune in and watch a tournament-highlight package, which allows users to view replays from multiple vantage points.

The Fox Sports VR app can be enjoyed without special “glasses” through the interactive, 360-degree viewing experience built specifically for iOS and Android devices or with a Gear VR or cardboard headset. Fans can access the Big East Tournament VR experience by downloading and installing the app and signing in with their television-provider credentials.

Fox Sports and LiveLike continue to work together across multiple sports, including soccer and college football, as part the ongoing Fox Sports Lab directive, a designed approach to exploring technical partnerships that give viewers a fresh perspective and ad-sales teams more-targeted sports integrations.

“We’re thrilled to give every college-basketball fan the opportunity to sit at virtual courtside at Madison Square Garden, where, year in, year out, the Big East Tournament provides some of the most entertaining basketball of the season,” says Miheer Walavalkar, co-founder/chief business officer, LiveLike.