The industry icon had fought a lengthy battle with cancer

Legendary baseball TV director and Sports Broadcasting Hall of Famer Bill Webb — who directed 17 World Series, 19 League Championship Series, and 18 All-Star Games — has died at the age of 65 after a long battle with cancer.

Few individuals have had a more significant impact on the look and style of baseball on television than Webb during nearly four decades at the front bench. Since he joined Fox Sports as its lead MLB director upon its launch in 1996, Fox’s MLB team has garnered 30 Sports Emmy Awards, 12 for production.

“Fans won’t know his name, yet he was just as important, probably more so, than the Jeters, the Arods, the McGwires,” says David Hill, former president of Fox Sports and chairman of the Fox Network. “Bill Webb was a television director, but that’s like saying Babe Ruth was a ball player.”

Jerry Steinberg, former SVG of field operations for Fox Sports, says that Webb was blessed with the gift of passion for baseball and for the TV business.

“His passion was contagious so everyone who worked with him caught the fire,” he adds. “And 70% of the crew who started in 1996 [when Fox Sports won the MLB rights] are still there and that is a testament to Bill Webb.”

In 2006, he was named lead director for New York Mets games on SportsNet New York, a position he held until 2015. He also served as lead director at ABC Sports from 1988 to ’96. 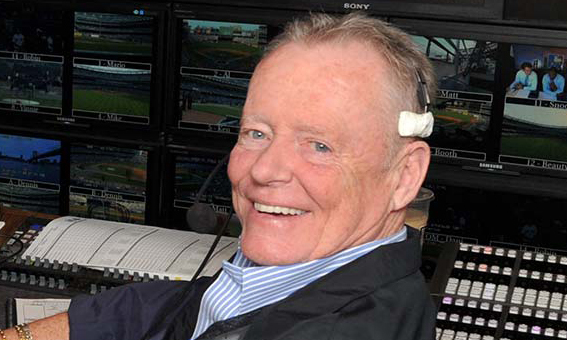 “Today, we lost an industry icon and a member of the SNY family with the passing of Bill Webb,” the network said in a statement. “Bill was instrumental in establishing SNY’s Mets telecasts as the premier local broadcast in Major League Baseball, bringing unmatched talent, leadership, and a national sensibility to our live game coverage. His unique style and vision transformed not only baseball but all live sports telecasts. We are deeply saddened by his loss.”

Upon news of Webb’s passing, the industry reacted with heartfelt sadness and condolences: 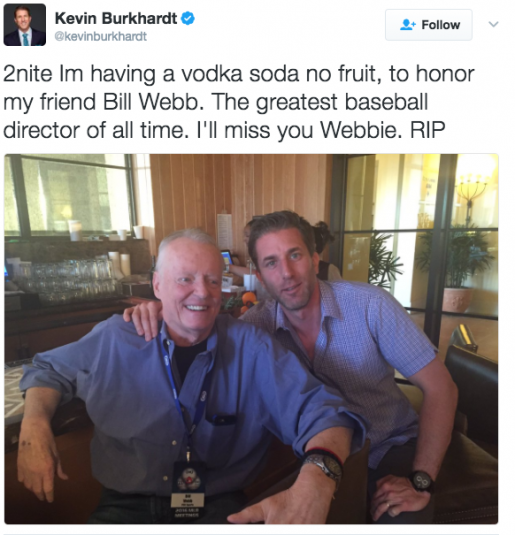 Webb’s fast-paced camera cuts, extreme close-ups of the intensity on players’ faces, and timely snapshots of passionate fans in the stands have become standard in any baseball game televised today. During his career, he took the torch from the great Harry Coyle and cemented his position as the most accomplished baseball director of the modern era.

“The main thing that I try to do is bring the game up close and personal,” Webb said last year. “First, I try to be creative in setting the drama between pitcher and batter and then let the drama build as you get further into the game. Your obligation as a director is to do the best possible job with what you have to tell the story to the people at home. It’s my job to put those people at home in the best seat in the ballpark, not in the cheap seats.”

Born in West Orange, NJ, in 1951, Webb attended Kinnelon High School and then the University of Tennessee, where he was pre-med. In 1969, he broke into the broadcast industry with his first job at WOR-TV (now WWOR-TV) New York. At WOR-TV, he quickly worked his way up to associate director. In 1971, he became AD on all Mets home games at Shea Stadium, marking the birth of a storied career in the truck at the ballpark.

In 1979, he got his first job directing baseball when WOR elevated him to lead director on all Mets games. It was there he first crossed paths with analyst Tim McCarver, who served on the Mets’ broadcast team from 1983 to 1998 and would go on to team with Webb at Fox Sports from 1996 until McCarver’s retirement from Fox in 2013.

Webb directed hundreds of Mets games before leaving to join ABC Sports following the 1987 MLB season. During his time as lead director at ABC Sports (1988-96), he diversified his directing portfolio, steering the ship on a cavalcade of Wide World of Sports shows, as well as on college football, college basketball, and horse racing’s Triple Crown, for which he won four Eclipse Awards.

Throughout the 1990s, Webb maintained his New York roots, directing Yankees games and a variety of other properties for MSG Network.

After narrowly missing out on the opportunity to direct his first World Series in 1994 because it was canceled, Webb finally got his shot the following year, directing the 1995 Series for The Baseball Network. His star shot into the next echelon in 1996, when Fox Sports won the rights to one of two Major League Baseball TV packages and tapped him as its lead director, including the 1996, 1998, and 2000 World Series. Fox would gain exclusive national MLB rights in 2001 and has aired every World Series since — with Webb in the director’s chair through 2014.

“Bill Webb took baseball direction to the heights that Jackson Pollock took art,” adds Hill. “His knowledge of the game, his admiration for the players, mixed with an uncanny ability what was going to happen, and to get it right, made him the greatest baseball director in the history of the game.”

Webb had a homecoming of sorts in 2006, when the Mets launched their own regional sports network, Sportsnet New York. He was among the first production hires for Mets broadcasts. Webb — along with producer Greg Picker and the broadcasting trio of Gary Cohen, Keith Hernandez, and Ron Darling — was a staple of Mets telecasts for the next decade.

As McCarver noted last year, “Bill Webb has been such a pioneer. He took what Harry Coyle and Roone Arledge had mastered before him and extended that into an even greater way to bring the game to the viewer at home. There’s simply never been anyone quite like him.”

Webb is survived by his wife Cynthia; daughters, Samantha and Erin; his son, Matthew; his sister, Anne Lacey; and his brother, Frank.