One of the defining features of University of Phoenix Stadium here in Glendale, AZ, is a retractable grass field that slides between inside and outside the stadium. For this year’s Final Four, the Arizona Sports and Entertainment commission has moved the field outside to allow Turner Sports’ event team to throw a massive tailgate party for fans attending the games. 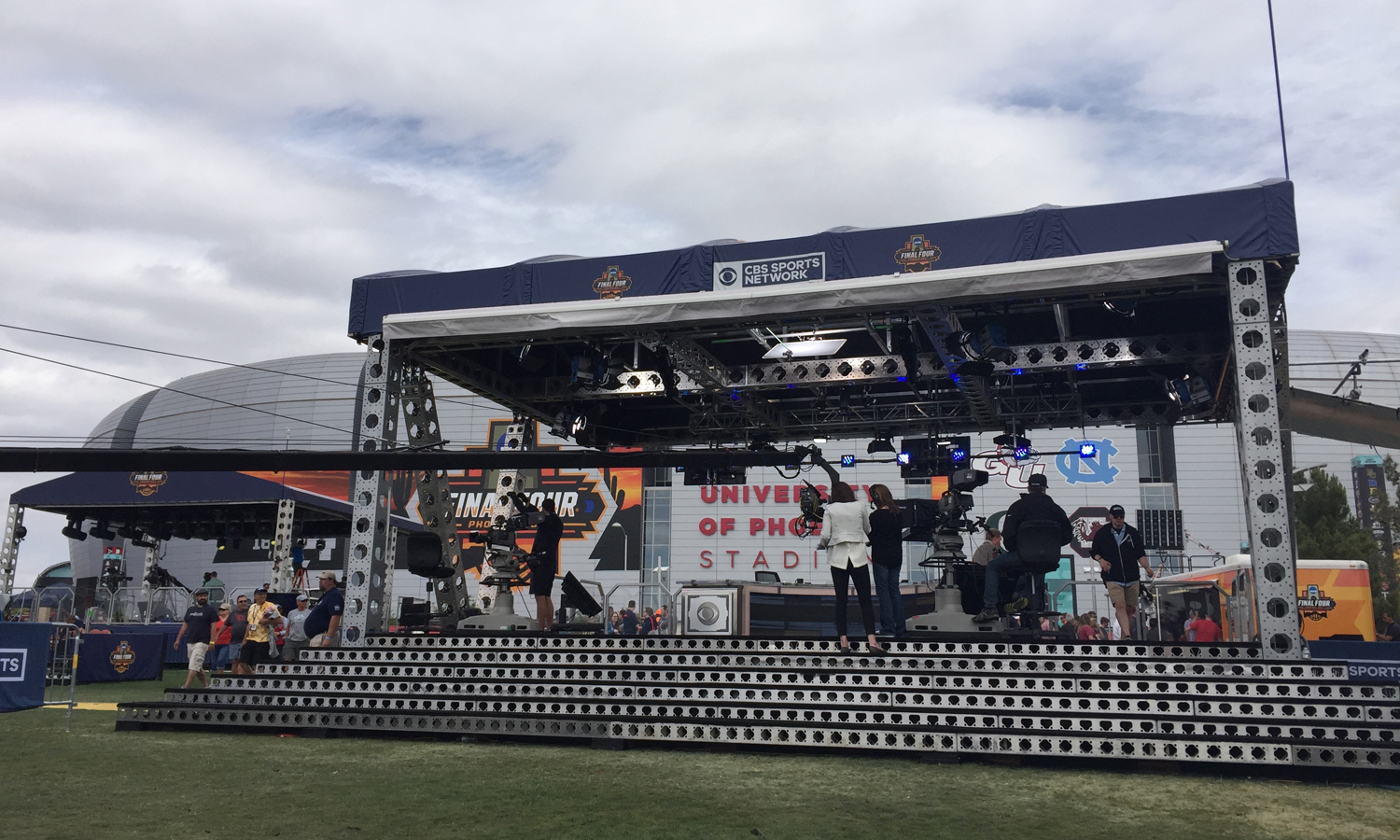 Turner and CBS has erected two sets on the “Great Lawn” outside University of Phoenix Stadium.

CBS Sports and Turner Sports have taken advantage of the space by taking supplementary studio sets  traditionally located inside the stadium and bringing them outside among the spectators.

Through the help of Filmwerks, a pair of sets — one measuring 32 by 24 ft., the other sitting at 30 by 30 ft. — have been erected to support programming for shoulder programming on CBS and CBS Sports Network.

Using a cantilever, which is a structural element (usually a long beam or girder) typically seen in bridge construction, Filmwerks is able to build a set with completely clear sight lines on all four ends. The method is providing production crews with gorgeous backdrops of University of Phoenix Stadium for their shoots. 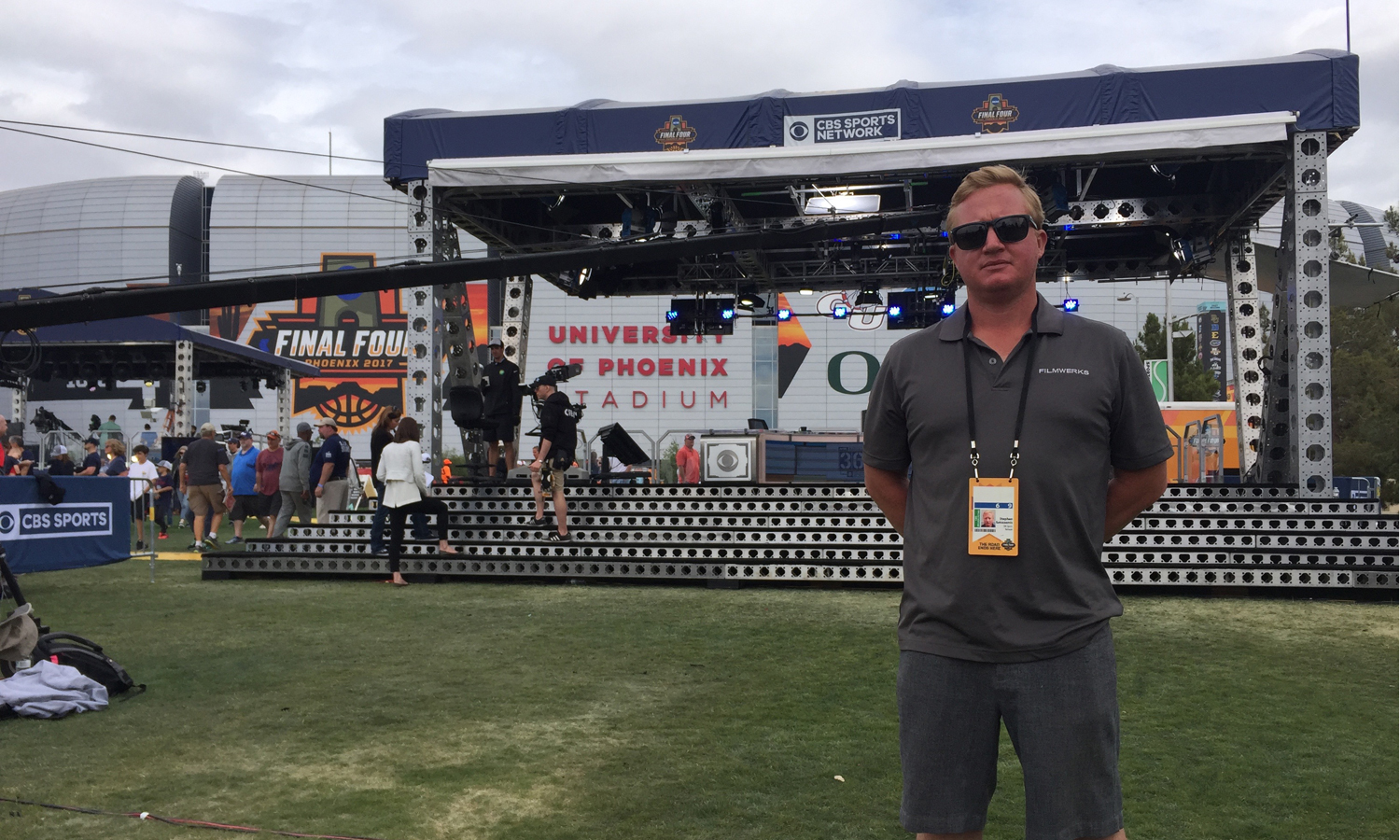 Filmwerks’ Stephen Satrazemis helped lead the team that designed and built the two sets on the Great Lawn.

“One of the features that our clients love is that the column doesn’t have to be all the way out [in the middle of the stage],” says Stephen Satrazemis, the lead technician onsite for Filmwerks. “Using centilevers keeps a nice clean and open shot.”

The sets can be built with glass enclosures (as was done for Fox Sports at Super Bowls 50 and LI) and can be supplemented with shade protectors, but the nice weather in Glendale this weekend has encouraged Turner Sports and CBS Sports to keep the sets open.

Filmwerks has also developed a more efficient ballast system. Instead of using heavy elements, such as water or sand, to provide structural balance and support, the set’s base is built out of steel, and the upper portions are built out of pieces, provided by Wisconsin-based Modtruss, made of much lighter aluminum.

Both sets were erected in a single, 12-hour build day.