Indians love cricket, but how do they feel about the great American pastime? 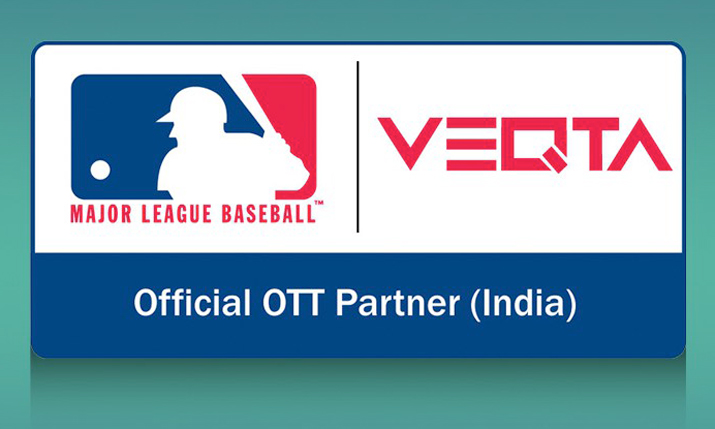 Major League Baseball announced a deal with Indian OTT video service Veqta to live-stream 20 games a week for the 2017 season, beginning this week. This isn’t so much filling a need as creating an audience: baseball is popular in Latin America and Asia, but the Indian subcontinent is unexplored territory.

“Revenue is always an important piece. But, at the same time, when you’re dealing in markets like India that are less traditional baseball markets, getting with partners, driving interest in the game, and having a partner like Veqta that is going to be engaged in some of the grassroots and promotional activity that we are in the stages of planning is paramount,” explains Dominick Balsamo, VP, media sales and marketing partnerships, MLB.

Veqta will live-stream games from the rest of the regular season and postseason and is allowed one game per three-hour window. For example, it might have the rights to one at 7 p.m. ET and another at 10 p.m. Since most slots have multiple games available, Veqta will have to pick one per slot.

How Veqta will choose remains to be seen. As Balsamo notes, the league currently has no Indian players for Indian viewers to root for. However, some of the more established big-city teams — New York Yankees, Boston Red Sox, San Francisco Giants, Los Angeles Dodgers — are known in India and are popular, according to Veqta co-founder/Director Vikram Tanwar.

The London office of MLB International, a division created decades ago to broadcast games abroad, has been revamped and is responsible for driving interest in baseball not only in Europe but in North Africa and the Middle East as well. That office coordinated this partnership, and the league will be watching to see how Indian viewers respond.

The deal came together quickly in late March and was completed so recently that Veqta missed Opening Day. On Friday, Balsamo still wasn’t sure when the service’s first game will air, because details were still being ironed out. IP delivery of the games, not surprisingly, will be handled by BAMTech.

This deal is part of larger changes for Veqta itself: up to this point, the company has been a free service, but it will start charging a monthly subscription price of 49 rupees (about 76¢ U.S.) this month. Veqta is available through the web and iOS and Android apps. Although the deal includes only live telecasts at the moment, it could expand to include on-demand non-game content from MLB Network in the future.

Bringing baseball to India seems like a curious move, but it fits within the league’s larger strategy of expanding around the globe.

“When you look at the global landscape, the general approach for us always is — especially on the international end — to think globally but act locally,” Balsamo says. “Since MLB International started in the early ’90s, that’s been the approach.”

The league has a new office in Mexico City and has been giving a little more attention to that market to help it grow. The league has also run postseason all-star tours in Asia. Balsamo hints that there might be more news in that area relatively soon.

And the league is looking at holding regular-season games in multiple foreign countries — Mexico, the UK, Japan, Korea, Taiwan — though not before next year. Long plane rides can be a challenge in a crowded baseball season, Balsamo notes, adding that, if this shapes up, the longer trips are likely to occur early in the season.

The best way to drive interest in baseball is to give different countries their own teams, and that’s something the MLB would like to see. Although there’s no timetable, the next international expansion team could appear just south of the border.

“The idea right now in Mexico is for us to dedicate resources to that market, and I feel that it has the opportunity and the ability to be a place where a major-league team can call home one day. Whether that happens in five years or 10 years, I’m not sure,” Balsamo says. “The proximity to our other clubs, on the same continent, is a good start. But I think, being a good baseball country, Mexico certainly has an opportunity.”