Bob Bowman’s ability to grow BAMTech into one of the nimblest, most valuable OTT video platforms over the course of more than 16 years is extraordinary. 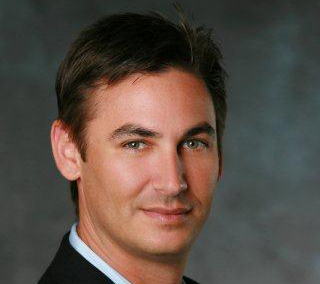 Taking the baton from Bowman, who has stepped back from BAMTech operations, is Michael Paull, who recently left Amazon to step into Bowman’s role as CEO of the video-streaming company owned by Major League Baseball and Walt Disney Co. At NAB 2017, Will Richmond of VideoNuze conducted an onstage interview that provided a peek into the vision and future of BAMTech and, by proxy, the future of live sports coverage.

What is Paull most excited about? “One of the big things I’m personally interested in,” he said, “is the prospect of being able to bring the right content to the right person at the right time, being able to take advantage of the fact that there are so many games, so many sports, and so many live events that people would be interested in if they had access. That’s very interesting to us.”

As the former head of Amazon Channels, a curated SVOD service, Paull would seem to have a strong perch from which to expand the volume of sports viewing, not only by the ability to “super-serve” existing fans but also by expanding the audience with the use of personalization technologies and data-driven programming decisions. Those techniques are also, of course, a hallmark of the success that Netflix, Amazon, and Hulu have had in the OTT market.

Paull is clearly in touch with changing media-consumption habits and brings Amazon’s “delight the customer” mantra with him. The result is a full embrace of long-developing trends in the time- and place-shifting of viewing.

“People have come to this place where they expect — not just want, but expect — to be able to watch anything at any time,” he explained. “As a content broadcaster, you need to be able to allow customers to watch wherever they are, on a mobile device, on a Connected TV device, whether at their primary residence or at someone else’s place. When they’re paying for programming, they want to watch when it’s convenient for them, not when it’s convenient for programmers.”

Paull spoke at length about super-serving fans and also about on-demand viewing trends. Expanded highlights, bonus content, condensed games, replays — BAMTech owns and controls most of such content, at least for NHL and MLB — will no doubt have a role in fulfilling those strategies.

On the growth of the OTT market, Paull is a believer: “I think we’re going to see a proliferation of players in the OTT space. The historical model of closed networks to package your story is starting to open up, and I think this will be great for consumers.”

In this area, esports was on his mind. BAMTech has a multi-year deal with Riot Games to distribute League of Legends competitions and content in a direct-to-consumer OTT video offer.

“I went out to Vancouver for an event,” he recalled. “It was incredibly powerful to watch how engaged this audience was, an audience entirely of young male millennials. They were literally, completely engaged in the competition. Nobody was on their phone. People were just into it. We’re going to bring that audience and programming to all these different devices.”

Paull talked at length about the use of data to guide content strategy and programming decisions. “In this new world,” he said, “there is a lot more data, and having access to that consumption data allows the content distributors to super-serve their customers. To be able to understand what people enjoy, it’s not just Hey, what do they watch, but How long are they watching it and are they coming back to watch similar things. [Thus,] we actually have real data, as opposed to sample data.”