Ratings roundup is a rundown of ratings news from the past week and is derived from press releases and reports around the industry. In this week’s edition, ESPN’s NBA Playoffs are up 5% and NBC’s NHL Stanley Cup Playoffs are up 6% over last year with the both league’s Conference Finals nearly concluded, NBC’s Sunday Night Football is officially the No. 1 primetime show for a record sixth consecutive year (tying American Idol’s run in the 2000’s), and it was a busy Saturday night for boxing with HBO, Showtime, and Fox entering the ring. 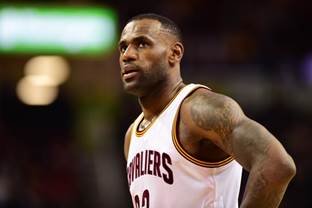 Across all 77 games on NBC/NBCSN/CNBC/USA to date, the NBC Sports Group’s 2017 NHL Playoffs have averaged a Total Audience Delivery (TAD) of 1.096 million, up 6% from last year through the same point in the Playoffs (1.030 million; 82 games).

With just one home U.S. market, Tuesday’s Penguins-Senators Game 6 on NBCSN delivered a TAD of 1.868 million average viewers, up 2% vs. last year’s Lightning-Penguins Game 6 (1.825 million). NBCSN ranked as the No. 2 network on cable in primetime among the A-18-49 and A25-54 demos. Viewership peaked with nearly 2.5 million viewers in the game’s final full quarter hour (10:45-11 p.m. ET). Locally, the game produced a 23.9 rating in Pittsburgh, up 13% vs. last year’s Game 6 rating. Across all NBC Sports streaming platforms, Pens-Sens delivered the second-most live minutes ever for a Conference Final game (12.6 million), behind only last year’s Lightning-Penguins Game 7 (12.7 million).

The Predators’ series-clinching Game 6 win against Anaheim on Monday night on NBCSN produced a Total Audience Delivery (TAD) of 1.558 million average viewers, up 15% vs. the comparable series-clinching Game 5 last year between San Jose and St. Louis (1.358 million). Viewership peaked with more than 2.1 million viewers in the final quarter-hour (10:45-11 p.m. ET). Across all NBC Sports streaming platforms, Ducks-Predators delivered the third-most live minutes (11.8 million) for a Conference Finals game to date.

NBC’s SNF IS No. 1 Primetime Show for Record Sixth Straight Year
With the 2016-17 TV season wrapping up last night, NBC’s Sunday Night Football finished as primetime’s #1 TV show in all key metrics for a record sixth consecutive year (based on Nielsen live-plus-same-day data) – tying American Idol for the most consecutive years atop the charts (since 1950). Sunday Night Football also ranked as the No. 1 show in the advertiser-coveted 18-49 demographic for the seventh consecutive TV season. SNF’s six-year run at the top marks the only six times on record that a sports series has been the highest-rated and most-watched show of the primetime TV season.

Since the beginning of the 2011-12 TV season, only nine primetime shows have averaged 20+ million viewers, all on NBC – Sunday Night Football six times, the 2012 London Summer Games, the 2014 Sochi Winter Games, and the 2016 Rio Summer Games (minimum 10 telecasts).

HBO, Showtime, and Fox Enter Ring for Busy Saturday Night of Boxing
Terence Crawford vs. Felix Diaz on HBO Championship Boxing on Saturday night pulled in an average of 961,000 viewers with a peak of 1.036 million viewers for their fight at Madison Square Garden in New York. That was an increase of 19% for Crawford from his previous fight on HBO against John Molina Jr., which averaged 806,000 viewers last December. The fight marked HBO’s largest audience of the season, besting Vasyl Lomachenko vs. Jason Sosa, which drew an average viewership of 832,000 on April 8. In the co-feature bout on Saturday night, the lightweight Ray Beltran vs. Jonathan Maicelo averaged 687,000 viewers with a peak of 723,000 viewers…