It always works: When the older powerhouse teams up with the flashy young upstart, it always seems to create something memorable. The latest example is UnivisionDeportes.com partnering with juanfutbol. Joining together, they’ve created a must-see channel for soccer lovers. 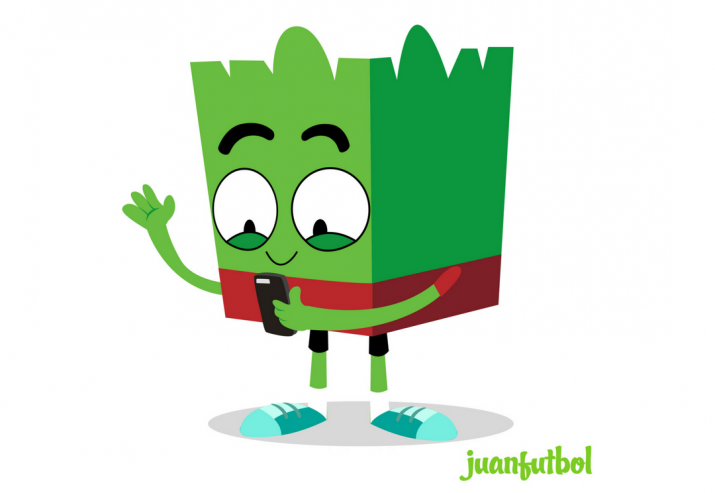 As fans of the beautiful game know, UnivisionDeportes.com is the leading Hispanic sports site for soccer and much more. Less well known in the U.S., juanfutbol was created in 2014 as a sports site for young and connected fans who grew up online. It’s attracted millions with unique storytelling and constant innovation.

Realizing how well they could work together, the two started talking last year, and that led to the creation of a Facebook channel that combines both their strengths. Designed for a Hispanic American audience, the juanfutbol Facebook channel appeals to young, U.S.-based soccer fans. It’s a social-first platform that includes content on Liga MX, the U.S. and Mexican national soccer teams, the MLS, and a variety of other teams and tournaments.

“We bring the knowledge of our audience and our distribution to our sites and our social media platforms,” explains Juan Pablo Convers, vice president of business development for Univision Digital. “They bring in their editorial and storytelling strength and tools. Together, we generate a new product which we think is a good opportunity in the market for a younger millennial soccer enthusiast audience.”

While a lot of sports sites rehash last night’s game, juanfutbol stands out with its attitude, storytelling, and snackable content delivered in Spanish, English, and Spanglish. It doesn’t offer game highlight clips. Instead, much of its content is fast-turnaround meme-like content that’s perfect for sharing. It’s a site that doesn’t take itself too seriously, playing around with the teams and audience.

A few years ago, a project like this would have its own website, but today the clear choice is to launch on Facebook. Working with the biggest social network helps with sharing and visibility, and boosting social is crucial for the channel’s success. While juanfutbol only launched on Facebook earlier this month, it already has more than 3 million followers and likes.

About 30% of the channel’s content is video, some in the form of video slideshows, created in-house from agency content. Videos might choose the best player of a game or compare players, with about half of videos in English. All videos are on-demand clips now, but look for the channel to stream live in just a few weeks. juanfutbol’s Mexican site has a lot of success with live video, and the Facebook channel will mirror that. Live streams will show fanatics called “Juanaticos” discussing their likes and dislikes. It will be unscripted and feel like friends hanging out.

For Univision Deportes, creating content designed for Facebook is a change. The company is used to generating video for its TV sites or its own online properties, material that might go to Facebook as a secondary window. Leading with a social online play helps it bring in a younger audience of second- or third-generation U.S. Hispanics who might have family roots with a specific team. These fans like the mix of Spanish and English, and want short, snackable content. The channel makes a special effort to solicit feedback on everything it presents. Should a penalty shot have been called? Is player A better than player B? Juanfutbol wants fans to respond.

Univision and juanfutbol will share revenues from the channel, with monetization happening through sponsorships and branded content. juanfutbol has its own in-house content studio, so its team can sit down with a brand or agency and come up with a custom solution to fit their goals.

Juanfutbol U.S. won’t stay confined to Facebook. The plan is to bring it to other social platforms as it grows. Convers sees Instagram as a logical extension, and believes it will integrate with messaging apps like WhatsApp and Messenger. For now, though, he’s content to grow the platform slowly. The important thing is creating a clearly defined channel with its own voice and opinion. That’s the base for building an ongoing dialog with fans. Growth will happen organically, with fans showing how they want to interact with juanfutbol.

“The most important thing is to develop a product that the audience loves, and I say love because that’s what juanfutbol has created in Mexico,” Convers says. “We don’t want to be a reference medium. We want to have a love relationship and for them to recognize us as one more fan—but a fan that has a lot of knowledge and likes to have fun around soccer.”