Fraunhofer IIS, developer of the MPEG-H immersive-audio codec, recently concluded training of South Korean broadcasters ahead of the format’s deployment there as part of the country’s launch of ATSC 3.0 as its television broadcast standard this year. The MPEG-H audio codec was included as part of the Korean standard for terrestrial Ultra High Definition Television after tests last year. 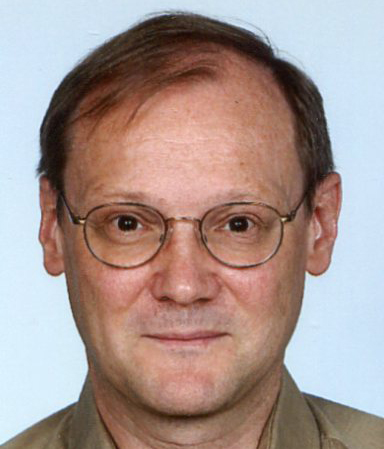 Critical to that was a training program Fraunhofer developed to prepare Korean broadcast engineers in the use and applications of MPEG-H. Last September, the company brought four engineers from South Korean broadcasters MBC, KBS, and SBS to Germany for a week-long seminar to develop familiarity with the codec, which includes 7.1+4-multichannel and object-based audio.

Subsequently, Fraunhofer outfitted a training and demo facility in each of the three broadcasters’ facilities in Seoul with 7.1+4 monitoring systems — including immersive soundbars, which are considered critical in helping to accelerate uptake of the new format by consumers — in order to disseminate that training to their audio staffs, and one of Fraunhofer’s instructors will be available to assist the Korean engineers as they in turn train their colleagues. Fraunhofer has also set up its own demo and training studio in Seoul’s Digital Media City complex. Systems used in these locations include Pro Tools and Nuendo workstation software and some 3D plug-ins developed for immersive- and object-based audio production, as well as an Authoring and Monitoring Unit (AMAU) from Junger Audio.

“The AMAU unit receives PCM audio at the input and generates metadata based on the scene description, edited through the GUI of the AMAU software,” explains Stefan Meltzer, Fraunhofer’s technology consultant who supervised the training process. “The output of the AMAU unit is PCM audio with a metadata track. This stream can be directly fed into a emission encoder, which reads the metadata and scene description and automatically sets the encoding mode and generates the emission metadata.”

Writing The Training Manual As They Went Along

The audio component of immersive television is so novel that there are no established training regimes available. Instead, says Meltzer, “We used presentations to explain the concepts and the technology. The concept of moving objects is easy to understand, but is not as important in the home environment as in cinema due to the much smaller room size. Most broadcasters tend to use a channel- or HOA-based immersive-sound bed and [then] add static objects like dialog, commentary, or additional audio tracks to it. This combines the immersive audio with the personalization.”

However, Meltzer says, the actual technical training was less of a challenge than the need to convince broadcasters that immersive audio would gain traction among viewers.

“In the transition from stereo to 5.1 multichannel, they would ask how many people had multichannel [listening ability] at home,” he says. “So now, in addition, you need four height speakers,” which created some understandable skepticism. Meltzer says the availability of a new 3D-capable soundbar went far in convincing Korean broadcasters that the public would be able access MPEG-H’s features and benefits. In addition, Samsung is offering reduced-cost MPEG-H-enabled set-top boxes for sale in Korea, and ATSC 3.0-ready television sets are already available. Furthermore, he points out, the Korean government is allowing a full decade for the rollout of its ATSC 3.0 implementation, which will give viewers time to become aware of those features.

Also helping the training process is the fact that many in the Korean broadcasting industry feel that MPEG-H audio’s features, such as the ability to remotely adjust an individual consumer’s audio mix to change the balance between dialog and background sounds or music, improve speech intelligibility, put more emphasis on the stadium atmosphere in a sports broadcast, or choose between various commentators of a sporting event, are as important as the doubling of video resolution.

“In fact, perhaps for the first time audio is on a level with video in terms of importance, or even more important,” he says.

Meltzer also says that the first Olympics to use an immersive audio codec would also help uptake. SBS will show parts of its Olympics broadcasts using 3D sound. MPEG-H is also part of the DVB format, an open-standard broadcast format, and a competitor to the ATSC standard, which has been implemented in parts of Europe, Asia, and Africa. Meltzer says the South Korean implementation of MPEG-H as part of its next-generation television platform is the audio codec’s first flagship.

“It’s a showcase for the technology,” he says. “It’s a demonstration of the benefits and features of a new approach to [broadcast] audio.”